Daniel Vena
(TMFLifeIsGood)
Author Bio
Daniel W. Vena, CPA, CGMA is a long-term investor searching for intangibles that provide explosive growth opportunities in his investments. He served on active duty with the US Army and has a Bachelor's degree in accounting. Follow @dannyvena
Follow @dannyvena

Reed Hastings, the CEO and founder of Netflix (NASDAQ:NFLX), the global leader in online streaming, was recently a keynote speaker at the 2017 Mobile World Congress in Barcelona. In an interview with BBC personality Francine Stock, he shared lessons from the company's push into the global market, technological innovations, and a wide range of other topics. Here are a few his most noteworthy comments.

Hastings believes that eventually everyone will convert to binge viewing. He thinks that bingeing is how stories should be consumed and notes that Netflix didn't invent binge viewing:

Everybody loves it. It brings TV and movies back to the way they should have always been. So, the original binge view was the novel, and you got a novel, and you got to stay up late at night, read it on the beach. You got portability, you could do it at your leisure and really the internet has brought back binge viewing to human beings. And it's a just much better way than watching a show every week. You're going to see most linear networks convert to binge viewing and that's very exciting. 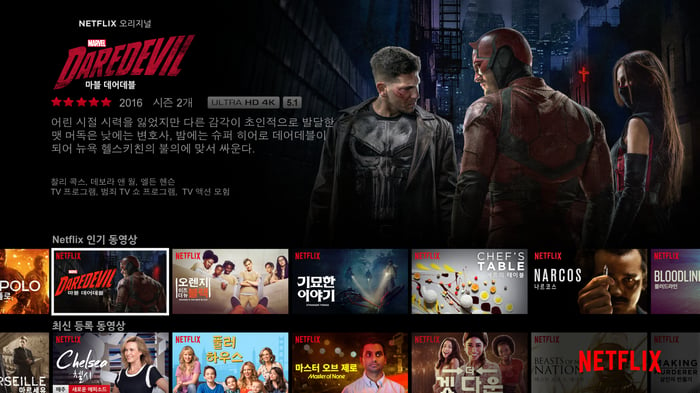 Netflix thinks that consumers are more concerned about the quality of the content and less about the size of the screen they use to consume it. The company wants to provide content that is great on all screens:

We really focus on incredible stories, on characters that engage, and storylines that are meaningful, funny, and less about the screen size. We want to be very flexible so we can be on any screen size you have, but we don't design for mobile.

The issue of piracy is a global problem for content producers, and that isn't going away. Netflix is no different, so what is the streaming giant doing to combat the problem? Hastings was somewhat circumspect:

By offering a service like Netflix that's very inexpensive at $10 a month and 10 euros a month, that helps because then there's this amazing content to offer around the world. And what we've seen, we launched in Netherlands four years ago, and the Netherlands was one of the major hotspots for piracy. But now consumers more and more are turning to legal, inexpensive alternatives like Netflix.

Netflix is in the business of high-quality content, and quality wins out no matter where you show it or what language it might be filmed in. To that end, the company is developing shows across the globe that will do well in multiple markets:

We want to be collecting and developing stories around the world and sharing them around the world. So we have a show here in Spain Cable Girls that's ... a 1920s period piece of the original women hired on telephone switchboards ... about the first professional women here in Spain ... We have a science fiction story that we're filming in Germany Dark. Of course, we have The Crown in the U.K. We have a great show 3% that some of you hopefully have seen out of Brazil. Really, we're developing all around the world and those stories do well. I mean, 3% has done incredibly well for us in the U.S., in Germany, and many different markets. And that's what we're hopeful for. To give local producers a global audience to entertain. 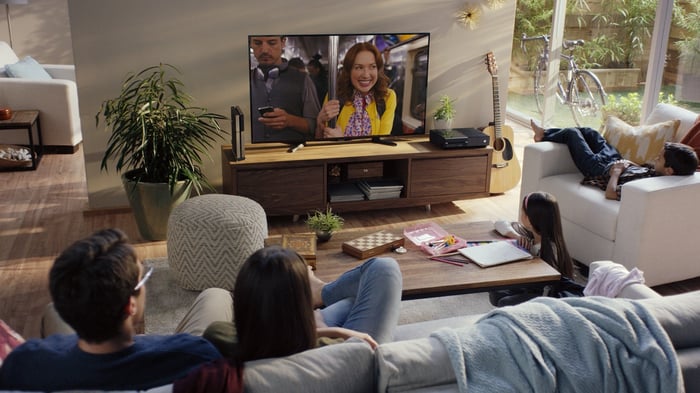 Great content has appeal across the globe. Image source: Netflix.

The changing landscape in the consumption of entertainment

Changes in the way content is consumed are having a domino effect that is cascading around the globe. The concept of binge viewing, which was born of making entire seasons available at once, is leading to more and better content.

The biggest change I think is really the binge viewing, being able to watch anything wherever you want, to choose and watch in a very convenient (way), at a flat rate. Where you can just try new shows, and you don't have to pay for them separately, at 10 euros a month. Unlimited viewing, it's just a sense of freedom that people have of trying all kinds of new shows. Then, because of that then, there's change on the creative side, which is lots of new shows that couldn't have gotten made before or wouldn't have gotten distributed are out there.

During the interview, there were several recurring themes. Hastings indicated that compelling content was the constant and the great equalizer for the service. Quality shows from Brazil performed really well across a multitude of geographies, just as well as great U.S. content did. Hastings also touched repeatedly on the rise of innovation as a tool. Netflix continues to address challenges, both old and new, and my money continues to be on this industry leader.