Please ensure Javascript is enabled for purposes of website accessibility
Log In Help Join The Motley Fool
Free Article Join Over 1 Million Premium Members And Get More In-Depth Stock Guidance and Research
By Brian Feroldi - Mar 20, 2017 at 9:08AM

Which of these retail giants is the better choice for new money today?

Retailing is a tough business. Building a lasting competitive advantage in the industry is extremely challenging, which is one reason so many retailers have gone belly-up.

Despite the industry dynamics, CVS Health (CVS 2.33%) and Wal-Mart Stores (WMT 0.08%) are two retailers that have thrived over the long term. But given the ever-changing retail landscape, which of these two companies is more worthy of an investment today? 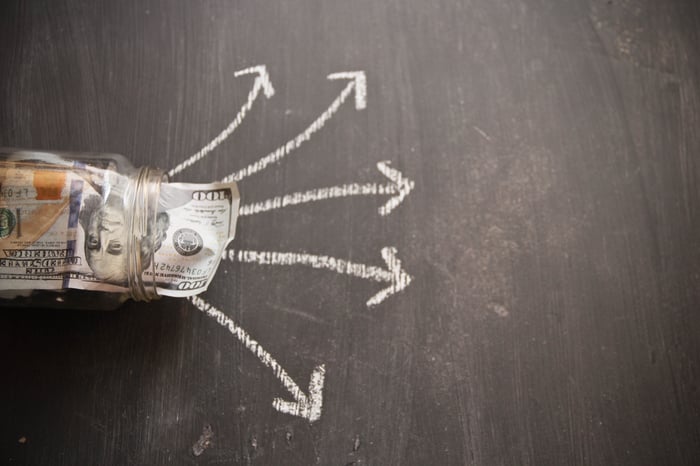 It's a tough time to be in the big-box retailing business. More customers are choosing to shop online, which is making it difficult for stores to attract foot traffic. Meanwhile, dollar stores are also trying to nibble away at Wal-Mart's market share.

Wal-Mart is not taking the renewed sense of competition lightly. In fact, Wal-Mart has gotten quite serious about making its e-commerce presence known. Last year, the company shelled out $3.3 billion to buy Jet.com, a fast-growing e-commerce concept. More recently, it spent about $70 million to acquire ShoeBuy.com, a direct competitor to Amazon.com's Zappos.

So far, it looks as if the company's aggressive actions are paying off. Last quarter, Wal-Mart's e-commerce sales grew by 29%. That's a strong number, though given Wal-Mart's size it will probably take quite some time before e-commerce sales start to move the needle.

As for Wal-Mart's retail stores themselves, the company appears to be holding its own against the dollar stores. Same-store sales in the U.S. grew by 1.8% last quarter, driven primarily by foot-traffic gains. That's a decent result that shows that Wal-Mart's brand and perceived value have staying power.

Despite these positive signs, Wall Street isn't expecting the company's bottom line to grow by much. Over the next five years, analysts are projecting EPS growth of roughly 4%. That low number could be caused by concerns that margin will take a hit as wages for workers rise. It's also worth pointing out that Jet.com was an unprofitable business when Wal-Mart acquired it, so the division is also likely to be a headwind to profits.

While the profit growth isn't all that exciting, Wal-Mart does offer investors a 2.9% dividend yield. Those aren't terrible figures for a company that's trading for only 16 times trailing earnings.

Most consumers know that CVS Health runs a retail pharmacy empire, but this industry giant is actually two big businesses in one.

On the retail side, CVS operates more than 9,700 locations in the U.S., Puerto Rico, and Brazil. This business took a significant leap forward last year when management paid $1.9 billion to acquire Target's pharmacies and clinics. This one move grew the company's footprint by more than 20% and provided the company with direct access to millions of potential customers. That's helped revenue grow at a decent clip.

Beyond retail, CVS also operates the second largest pharmacy benefits management business in the United States. This business unit caters to providers of healthcare benefits -- think unions and governments. CVS earns a small fee from these in exchange for negotiating hefty discounts on pharmaceuticals directly from drug manufacturers. This is a win-win business model that accounts for the bulk of CVS's revenue.

Looking ahead, CVS Health has a number of initiatives in place that promise to drive growth. The list includes growing its MinuteClinic footprint, persuading Target customers to make the switch, and driving growth in its specialty pharmaceutical business. When adding cost-savings initiatives and share buybacks to the mix, Wall Street believes that CVS Health's bottom line will grow by more than 10% annually over the next five years. Plus, the company pays a respectable 2.5% dividend yield and is trading at only 16 times trailing earnings.

While Wal-Mart offers investors a slightly higher dividend yield at the moment, I think CVS Health is the smarter bet. The company offers investors much better growth prospects for a comparable valuation. It also doesn't help Wal-Mart's case to see that Warren Buffett has been dumping his big position in the company recently.

If you're after a battle-tested retailer that offers income and growth, I think that CVS Health is a terrific choice.