Please ensure Javascript is enabled for purposes of website accessibility
Free Article Join Over 1 Million Premium Members And Get More In-Depth Stock Guidance and Research
By Rick Munarriz - Mar 20, 2017 at 8:06AM

Disney's live-action remake of "Beauty and the Beast" shattered records for a March opening.

Most fairy tales have "happily ever after" endings, but Disney's ( DIS -1.90% ) live-action take on Beauty and the Beast is off to a pretty merry start. The film took in an estimated $170 million in domestic ticket sales, shattering the record for March openings.

This is typically a sleepy period for Hollywood studios. Movie makers push their high-profile releases to the potent summer or year-end holiday period. Releasing a film in March may have signaled that Disney wasn't entirely confident that this could be a blockbuster, but it's certainly playing out as a monster surprise. Beauty and the Beast is now owner of the seventh biggest opening weekend, and the only one of those that didn't hit theaters in May, June, or December. Another interesting nugget is that Disney is now the studio behind six of the seven biggest domestic opening weekends. 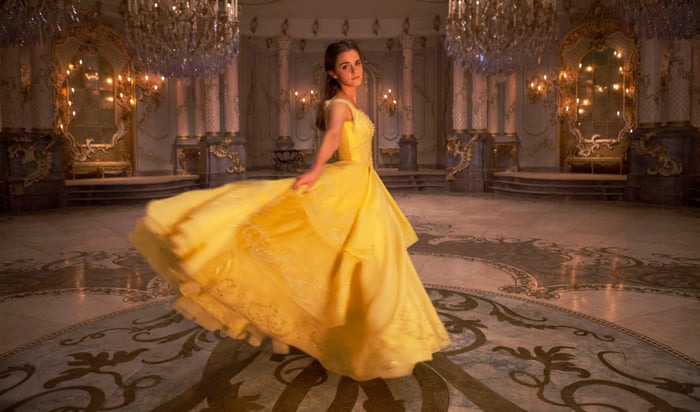 Draw your own conclusions

It's pretty clear that breathing new life into its animated franchises is working. The media giant has been able to tap into animated classics including Alice in Wonderland and The Jungle Book, cranking out movies with real actors and updated themes.

There was a time when Disney seemed bent on using its theme-park attractions as celluloid fodder. Disney's Haunted Mansion, Tower of Terror, and Country Bear Jamboree went from being mere rides to being transformed into cinematic pieces. The biggest success was the Pirates of the Caribbean boat ride, a blockbuster franchise, with the fifth installment being released this Memorial Day weekend. The synergy made perfect sense in Disney's rich ecosystem. Giving rides a Hollywood treatise would make the rides more popular. The opportunity for movies to provide richer story lines also helps hammer home the point of a theme park.

Turning full-length animated features into new live-action movies may not have the same obvious connection as a theme park's intellectual property, but it still works given Disney's merchandising opportunities. Several new Beauty and the Beast products are rolling out in promotion of the new movie. These are also characters that either already have a theme-park presence at Disney World and Disneyland or can be easily added in to the overall experience.

Disney's not going to stop tapping this vein. The Jungle Book raked in $364 million in domestic ticket sales last year. Beauty and the Beast is already nearly halfway there just three days into its theatrical run. Later this week, Beauty and the Beast should overtake Logan to be this year's highest-grossing move.

Between Marvel, Lucasfilm, and Pixar, Disney is never short on ammo for big hits at the corner multiplex. Refreshing its animated classics with live-action adaptations is proving itself to be another lay-up for the House of Mouse.