Aevi Genomic Medicine (NASDAQ:GNMX), which used to go by Medgenics, is down 57% at 12:36 p.m. EDT after the company announced that its ADHD medication, AEVI-001, failed a phase 2/3 clinical trial called SAGA.

SAGA tested AEVI-001 in adolescents 12 to 17 years old with ADHD who have a mutation in mGluR. The mGluR mutation causes a glutamate imbalance in patients, which Aevi Genomic Medicine hopes can be treated with AEVI-001, an oral selective activator/modulator of mGluRs. 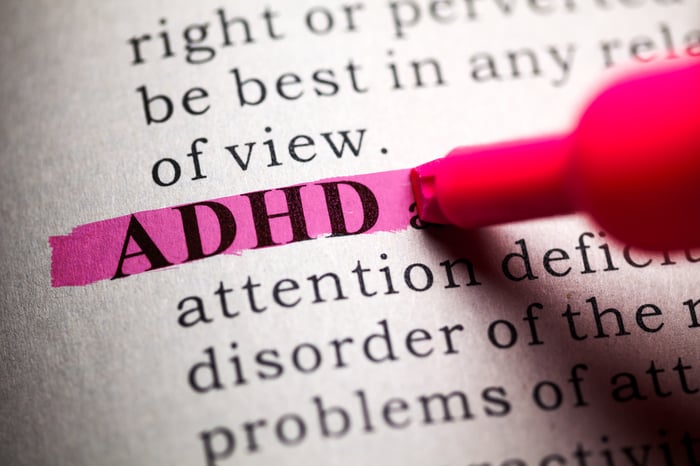 It wasn't all bad news, though. Aevi Genomic Medicine pointed out some potentially encouraging signs including an improvement on the inattention subscale that had a p-value of 0.0515, which is pretty close to the typical threshold for calling something statistically significant of a p-value under 0.05. And 70% of patients taking AEVI-001 responded well to the drug -- defined as a 30% or more improvement on the ADHD-RS -- which was significantly better than the 42% of patients taking placebo that were defined as responders.

With the encouraging signs, Aevi Genomic Medicine isn't giving up on AEVI-001 and plans to study a higher dose of AEVI-001, redefine the genomic biomarker, and study the drug in younger patients, which management believes will make it easier to show an effect.

While those are all good ideas and might lead to a pathway toward approval of AEVI-001, Aevi Genomic Medicine is in a precarious situation with just $39.84 million in the bank at the end of last year. The biotech can probably raise additional cash through a secondary offering, but at this knocked-down price, it's going to be quite dilutive to current shareholders.