Shares of graphics chip company NVIDIA (NASDAQ:NVDA) have been on fire over the past year, up an astounding 215%. The company's core graphics business is doing well, and its bets on using GPUs to accelerate artificial intelligence and power driverless cars are paying off in a big way.

The downside is that NVIDIA stock is now priced for perfection. For investors unwilling to pay up to invest in the future of technology, Skyworks Solutions (NASDAQ:SWKS), International Business Machines (NYSE:IBM), and General Electric (NYSE:GE) are attractive alternatives.

A cheaper way to play a megatrend

Brian Feroldi (Skyworks Solutions): NVIDIA's recent sales and profit growth has been driven by surging demand for its chips from gamers and data center operations that want to do business with an industry leader. Better yet, the company's future continues to look bright with megatrends such as virtual reality, AI, and driverless cars on the horizon.

Still, the massive run in the company's shares has made it pricey. Thankfully, there's another specialty semiconductor company that is poised to benefit from an emerging metagrend -- and it can be purchased at a far cheaper price. If that sounds good to you, then I'd suggest that you get to know Skyworks Solutions.

Skyworks is a leading supplier of radio frequency chips that help all kinds of devices connect with the internet. While the bulk of the company's products can be found in smartphones, Skyworks is seeing growth in products such as smart home appliances, connected cards, wearables, drones, and more. Some industry experts believe the amount of devices that communicate with each other and the cloud is poised to explode. This trend is called the Internet of Things, and tech giant Cisco estimates that the number of connected devices will double between 2015 and 2020. If true, then Skyworks looks poised for substantial growth.

Currently, market watchers believe that Skyworks will be able to grow its bottom line by nearly 15% annually over the next five years. Despite that bullish outlook, shares are currently trading for less than 14 times forward estimates. That's a far more attractive valuation than NVIDIA currently commands. If you're looking for a semiconductor manufacturer that promises growth for a value price, Skyworks could be it.

AI on the cheap

Tim Green (International Business Machines): If you want to invest in artificial intelligence (AI) without paying more than 40 times earnings, IBM may be a better choice than NVIDIA. IBM stock is far less expensive, trading at less than 13 times earnings guidance for this year, and the company's fate doesn't depend on a specific type of hardware.

NVIDIA is a graphics chip company, and its long-term success in the AI acceleration and autonomous automobile markets depends on the GPU remaining top dog. Alphabet's Google is already using custom-designed Tensor Processing Units in its data centers for deep-learning tasks, and the company claims the new chips offer an order-of-magnitude improvement over GPUs in terms of performance per watt. GPUs are the standard today, but that may not be true five or 10 years from now. 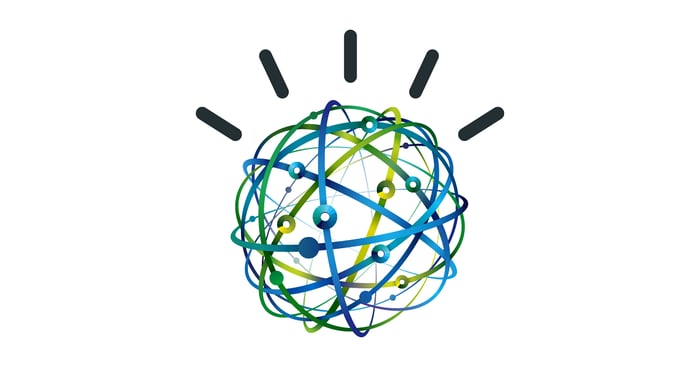 IBM, on the other hand, is making a lot of different bets, including Watson, its cognitive computing system. Watson is being used in a variety of sectors, including healthcare, financial services, and cybersecurity, in an effort to make those industries more efficient. Incidentally, NVIDIA's GPUs are used to accelerate Watson processes, providing a significant performance boost. But more specialized hardware could accomplish the same thing in the future.

IBM expects to return to earnings growth this year, driven by cloud computing, analytics, Watson, and other growth businesses. With NVIDIA trading at a lofty premium, IBM looks like the better bet.

Tyler Crowe (General Electric): There are a lot of companies, NVIDIA included, that are banking on the Internet of Things being a big thing for consumers. But that is a bet for down the road. One place where the Internet of Things is having a big impact today is in industrial manufacturing, and General Electric has been investing heavily in the platform it sees as being the dominant platform for data analytics for the next wave of industrial productivity.

According to General Electric, the Industrial Internet of Things will be a $228 billion market in the coming years for both the platform and for applications, giving General Electric a much-needed growth lever that it can pull. What gives the industrial manufacturer a major leg up on much of its competition is that its Predix platform has been in development since 2011, and the company has been collecting data on its large, diverse base of industrial products for years to develop effective applications to enhance the productivity of technology such as locomotive engines, wind turbines, oil and gas equipment, and medical devices. 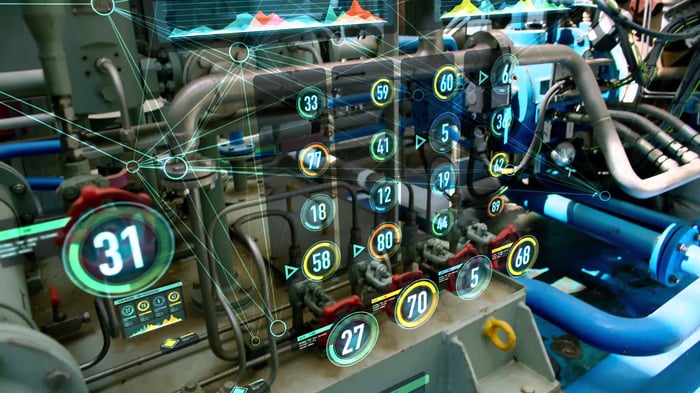 General Electric management estimates this service will generate $15 billion a year by 2020 -- 2016 revenue was around $6 billion. What's even more impressive about it is that its operational margin of better than 30% is one of the highest profit margins across GE's entire business, and will likely have a profound impact on the bottom line.

Not a lot of investors are giving of credence to the Predix element of General Electric right now, because the company is still fresh off its moves to shed much of its financial arm, GE Capital, and is making some other portfolio moves, such as a deal to combine forces with Baker Hughes in its oil and gas segment, and to shed its GE Water business. However, if Predix continues to grow at the rate it has, it will be a major driver for both General Electric and the Industrial Internet as a whole.