On March 21, Apple (NASDAQ:AAPL) unveiled a refresh of its iPhone SE product line. The fundamentals of the iPhone SE haven't changed -- form factor, colors, display technology, and core internals all remain the same.

What's changed, then? The storage configurations and, in the case of the higher storage tier, pricing. Apple previously offered 16 GB and 64 GB variants of the iPhone SE at $399 and $449, respectively. 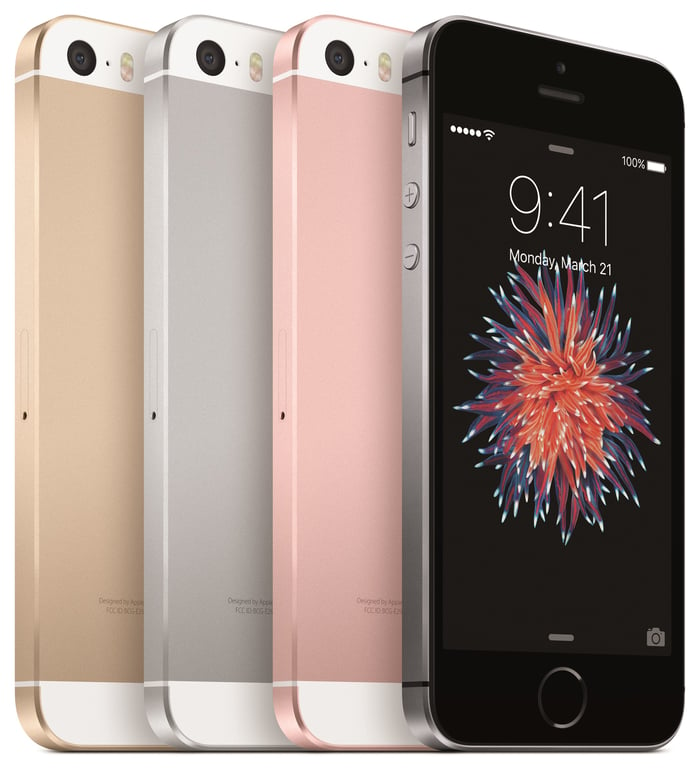 Following the updates, Apple now offers 32 GB and 128 GB models; the former is priced at $399 while the latter comes in at $499. I believe that this is a sensible refresh -- here's why.

You may recall that Apple had originally priced the 16 GB and 64 GB variants of the iPhone SE at $399 and $499, respectively, at launch all the way back in March 2016. Then, when Apple launched the iPhone 7 series devices, it cut the price on the 64 GB model to $449. This was a sensible move considering that the iPhone SE had been in the market for a while (technology doesn't age well) and the arguably superior iPhone 6s/6s Plus devices had just seen their prices slashed.

With this move, Apple is killing two birds with one stone. First, by bumping up the storage capacity on the entry-level iPhone model, Apple is delivering more value to the consumer -- an extra 16 GB of storage can dramatically improve the user experience, especially since a large chunk of the first 16 GB of storage is taken up by the operating system and other pre-installed applications.

At the same time, Apple can now boost the price that it can command for the higher storage tier option by doubling the available storage from 64 GB to 128 GB.

The delta in storage between the new small/large storage configurations is 96 GB, so Apple is charging the user about $1.04 per gigabyte for the additional storage. That figure is not so coincidentally the same dollars-per-gigabyte figure that users previously had to pay in moving from the 16 GB version to the 64 GB version under the old pricing structure.

This move could boost iPhone sales

More storage space is always nice to have, especially as photos become larger (due to increases in resolution) and apps take up more space. The iPhone SE with 32 GB should appeal to smartphone customers who are on a budget but at the same time want a reasonable amount of storage space, something that could help boost Apple's share in more price-sensitive emerging markets.

The 128 GB iPhone SE, on the other hand, could be a deal maker for users clinging onto their old iPhone 5/5s devices. The improved internals and camera are certainly interesting selling points, but it's less likely that users are going to be frustrated with the performance/capabilities of the iPhone 5/5s phones.

However, if those users have devices with 32 GB or even 64 GB of storage and they're finding themselves wanting more storage for a reasonable price, then the 128 GB iPhone SE could be the ticket. Remember, prior to this announcement, a user who wanted a "cheap" iPhone with 128 GB of storage would have to cough up $649 for the iPhone 6s. The iPhone SE with 128 GB of storage is a much cheaper way to get ahold of a phone with meaningfully larger storage than what users of iPhone 5/5s devices (and older) are using.

The impact to iPhone unit shipments from this refresh isn't likely to be huge, but I think that these new storage configurations improve the appeal of the iPhone SE line and should drive some reasonable degree of incremental iPhone sales.