Please ensure Javascript is enabled for purposes of website accessibility
Log In Help Join The Motley Fool
Free Article Join Over 1 Million Premium Members And Get More In-Depth Stock Guidance and Research
By Daniel Sparks - Mar 21, 2017 at 10:03AM

As "Beauty and the Beast" smashes records, it's a good time to review the attractiveness of Walt Disney Stock.

I've pounded the table on multiple occasions about the attractiveness of Walt Disney (DIS 3.69%) stock. Sure, shares are up about 23% since I said the entertainment company was my top stock to buy in October, but I still think this stock is a buy today -- and the blockbuster performance of Disney's Beauty and the Beast remake highlights the fundamental reason I'm betting on this enduring company: The market is underestimating sustainability and long-term upside of Disney's powerful franchises.

Here's a look at how Beauty and the Beast highlights Disney stock's strengths.

As seen in Beauty and the Beast's impressive $175 million in North American ticket sales over its opening weekend -- and about an additional $182 million overseas -- Walt Disney knows how to take its old classics and turn them into cash cows again. Disney achieved similar remake feats in recent years with other classic tales, such as Cinderella and Alice in Wonderland.

With an opening weekend like this, Beauty and the Beast is on its way toward $1 billion in global ticket sales, putting it on par with recent Disney ticket-sale monsters Rogue One, Finding Dory, and Zootopia.

Of course, Disney's skill in re-creating a blockbuster is just as much about the enduring characteristics of its classic franchises as it is the company's prowess in putting together a blockbuster film. And Disney has a whole treasure trove of remakes to get to in the future. And after it gets to them, it can remake its remakes ... again.

2. A massive collection of classic movie franchises means there's always a remake or new series in the pipeline.

With such a strong foundation of franchises, it's arguable that Disney will never have a shortage of potential blockbusters to work on. Consider some of the other movies Walt Disney has slated for a 2017 launch: Marvel's Guardians of the Galaxy, Volume 2, Pirates of the Carribean: Dead Men Tell No Tales, Pixar's Cars 3, Marvel's Thor: Ragnarok, and a totally new original Pixar story called Coco.

3. Wall Street is missing the sustainability of Disney's studio business.

Even after Disney stock's recent run-up, Disney stock trades at a price-to-earnings ratio of 20 -- a meaningful discount to the average P/E ratio of about 25 for stocks in the S&P 500.

Disney's studio entertainment segment understates the total impact that hit movie franchises have on the company's business. Disney's parks and resorts and its consumer products and interactive media segments are tied closely to the company's ability to crank out hit movies, since both segments benefit from the characters and brands promoted in its movies. 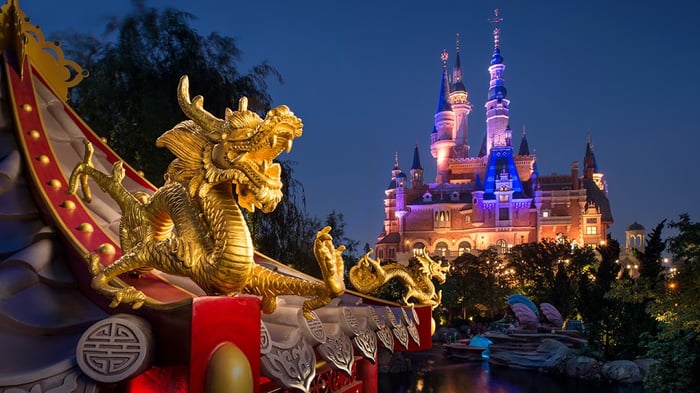 Together, Disney's studio entertainment, parks and resorts, and consumer products and interactive media segments account for over half of the company's operating income. Over the long haul, therefore, Disney's proficiency in cranking out Beauty and the Beast-like hits should spill over to its theme parks, toys, and media sales.

The world will always love entertainment -- and Walt Disney looks set to entertain us all for decades to come.