International Business Machines Corporation (NYSE:IBM) has been hard at work in the area of healthcare, and CEO Ginni Rometty recently suggested that because of the continuing intersection of technology and medicine, medical students would be at a disadvantage if they didn't learn basic computer coding. She further believes that "data will at least be at the center of helping solve many of healthcare's issues."

IBM Watson for Drug Discovery and Pfizer Inc. (NYSE:PFE) are collaborating in the area of immunotherapy, which uses the body's own immune system to help fight cancer. Watson ingested 25 million Medline abstracts, over one million medical journal articles, data from 4 million patients, and every drug patent since 1861. The companies believe that the ability to recognize previously hidden patterns in the data will provide the next generation of targeted drug uses, while also discovering new uses for existing medications. This partnership was the result of a pilot program in which research information was fed into Watson, and it recommended a treatment that had already been suggested by Pfizer's own researchers. That potential treatment is currently in trials. 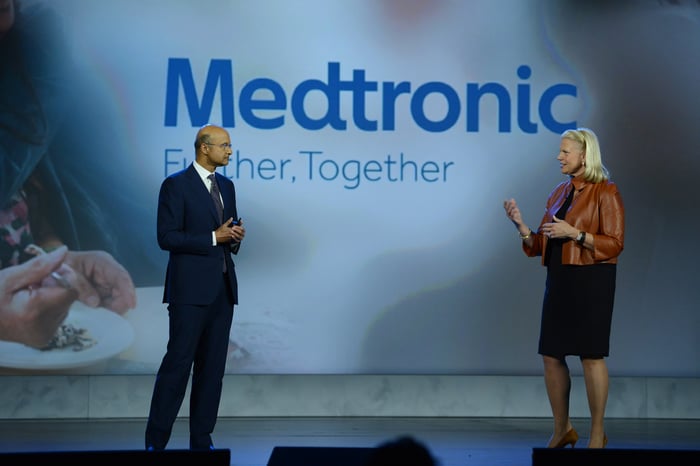 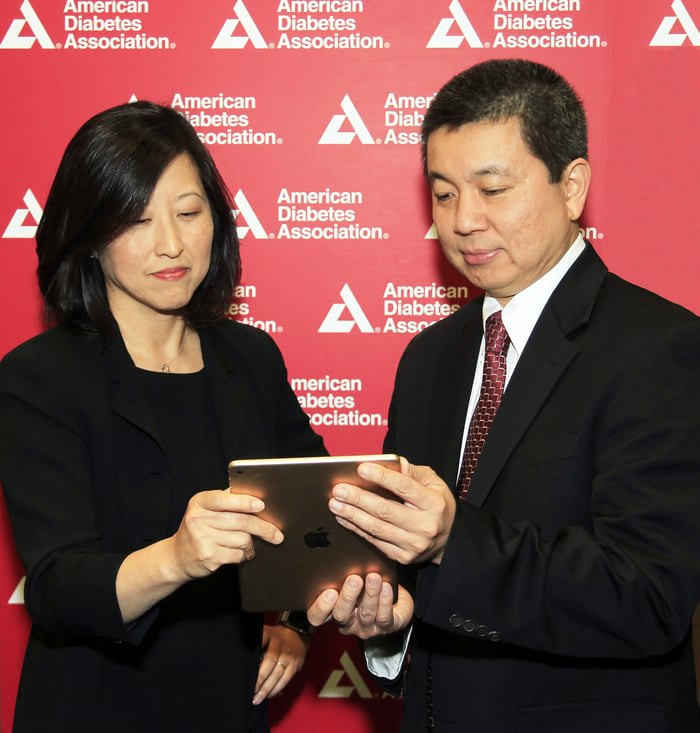 Using 10,000 anonymous patient records, the companies successfully developed the first-ever cognitive app, Sugar.IQ, that acts as a personal assistant and can detect patterns and predict diabetic events three to four hours before they happen, with a 75% to 86% accuracy rate. This helps patients better understand how their behavior affects their glucose levels in real time.

IBM has since collaborated with the American Diabetes Association, using its 66 years of accumulated data to build apps that "reimagine how diabetes may be prevented, identified and managed." 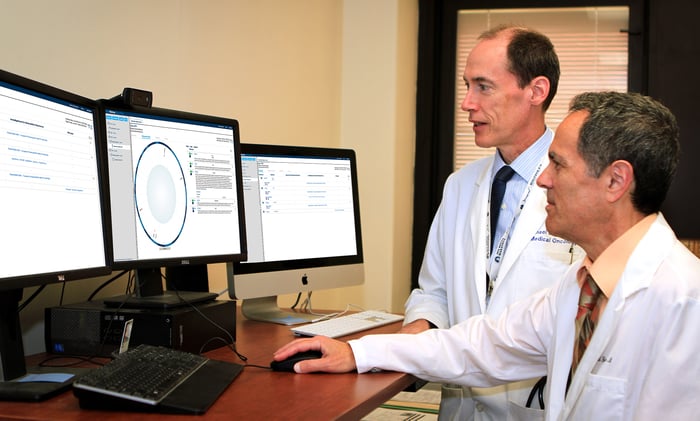 Watson enlisted in the War on Cancer. Image source: IBM.

IBM and Quest Diagnostics (NYSE:DGX) developed a service that combined Watson's cognitive computing with genomic tumor sequencing and oncology diagnostics to launch IBM Watson Genomics from Quest Diagnostics. This service will provide specific recommendations and targeted therapies for cancer patients. Memorial Sloan Kettering Cancer Center provided access to its clinical evidence database to supplement Watson's existing knowledge, while the Broad Institute of MIT and Harvard would provide additional genome sequencing. This led to a partnership with genomic-sequencing company Illumina, Inc. (NASDAQ:ILMN) to integrate Watson for Genomics into the company's Base Sequence Hub to better dissect tumor DNA and provide precision cancer treatments based on its findings. The companies also hope to better understand the impact of genomics on the risk of cancer.

IBM has been counting on Watson's AI and cognitive computing to return the company to revenue growth after 19 quarters of year-over-year declines. Strategic imperatives, which includes Watson's contribution, grew to $32.8 billion for 2016, 41% of the company's total revenue. IBM expects to return to growth this year, with Watson leading the charge using its AI acumen to disrupt the status quo.

Healthcare is a perfect example of an area that is ripe for disruption, as doctors and researchers are overwhelmed with the amount of data generated every year. The variety and depth of these medical partnerships show that IBM is on the right track in applying Watson's AI capabilities to the vast amount of healthcare data and distilling this magnitude of material into actionable information. Dr. Watson, I presume?