Shares of mobile app company Cheetah Mobile (NYSE:CMCM) slumped on Tuesday after the company reported its fourth-quarter results. While Cheetah Mobile beat analyst estimates for both revenue and earnings, weak guidance along with news of the resignation of the CFO sent the stock 10% lower by 3 p.m. EDT.

Cheetah Mobile reported fourth-quarter revenue of 1.27 billion Chinese renminbi (RMB), equivalent to $183.6 million, up 10.9% year over year and RMB 140 million above the average analyst estimate. Non-GAAP EPS came in at RMB 0.80, down from RMB1.08 during the prior-year period, but RMB 0.34 higher than analysts were expecting. Global mobile monthly active users totaled 623 million at the end of 2016. 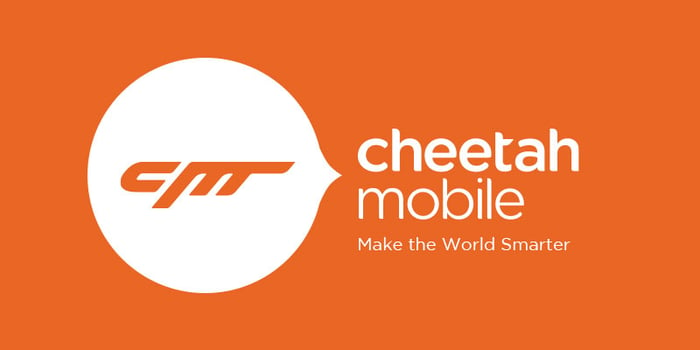 While Cheetah Mobile's fourth-quarter results were better than expected, the company's guidance was disappointing. First-quarter revenue is expected between RMB1.15 billion and RMB1.19 billion, or $166 million and $171 million. Analysts were expecting guidance calling for revenue of RMB 1.25 billion. If Cheetah Mobile hits its guidance, revenue will increase by just 3% to 7% year over year during the first quarter.

"As our mobile utility apps enter its mature growth stage, our investments in content-driven products established a solid foundation for another round of strong growth in the coming quarters. Looking ahead, we remain focused on connecting our over 600 million global Mobile MAUs with more personalized and richer content by capitalizing on emerging artificial intelligence technologies."

With middling revenue growth expected during the first quarter, Cheetah Mobile will need to pick up the pace to reverse Tuesday's decline.