Please ensure Javascript is enabled for purposes of website accessibility
Log In Help Join The Motley Fool
Free Article Join Over 1 Million Premium Members And Get More In-Depth Stock Guidance and Research
By Evan Niu, CFA - Mar 22, 2017 at 11:25AM

Shares of Snapchat operator Snap (SNAP -1.22%) have jumped today, up by 6% as of 10:45 a.m. EDT, after the company received a second buy rating from Wall Street.

Drexel Hamilton analyst Brian White has initiated coverage on Snap with a buy rating alongside a $30 price target. White believes that Snap is uniquely positioned among millennials, which comprise 27% of the global population. 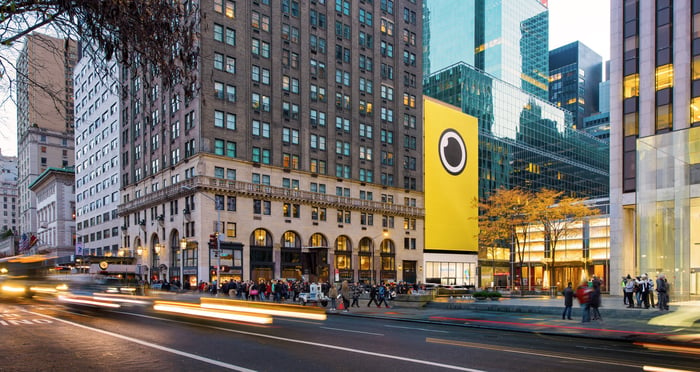 Snap also has opportunities to expand into India and eventually China, according to the research note. The analyst has high expectations for revenue growth going forward, and as such believes shares are "attractively valued for healthy upside potential." Downplaying concerns about the young and relatively inexperienced founders, White points to many other tech giants that were founded by young entrepreneurs with limited experience.

This is Snap's second bullish rating this week, following Monness Crespi Hardt analyst James Cakmak earlier. Shares had flirted with the $30 threshold on the second public trading day earlier this month. The majority of ratings that have been set thus far have been neutral or bearish, typically citing extremely lofty valuation multiples. White is just one of two analysts thus far that does not think shares are overvalued. Considering how young the company is, the pressure is on for it to deliver and its future is fraught with uncertainty and risks as it attempts to grow its advertising business faster than its cloud infrastructure spending commitments.