The stock market was flat on Thursday ahead of a key House vote on the Republicans' healthcare bill, which was delayed until Friday as GOP lawmakers failed to gather enough votes to proceed. The Dow Jones Industrial Average lost just 5 points, or 0.02%, while other broader market indexes saw similar small declines. But several individual stocks delivered outsized positive returns today, including FireEye (NASDAQ:FEYE), Penn National Gaming (NASDAQ:PENN), and SUPERVALU Inc. (NYSE:SVU). Read on to see what caused these unusual positive moves.

A burning need for FireEye products

Shares of FireEye climbed 6.1% after Goldman Sachs analyst Gabriela Borges upgraded the cybersecurity specialist to buy from sell. Borges also increased her per-share price target on FireEye to $15 from $10, representing a more-than-20% premium even after today's pop. For perspective, FireEye plunged last month after the company announced mixed fourth-quarter 2016 results and disappointing guidance, as several large deals failed to close as expected before the end of the year. 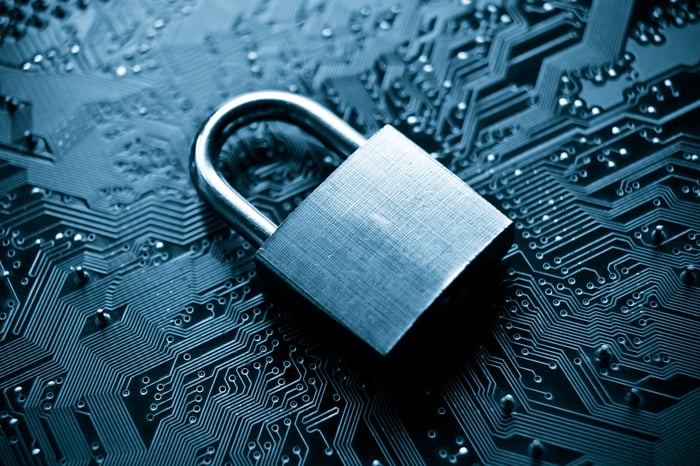 Shares of casino and racetrack operator Penn National Gaming jumped 11.6% after the company increased its first-quarter 2017 guidance thanks to "strong broad-based property performance to date."

More specifically, Penn National Gaming now expects first-quarter revenue between $770 million and $771 million, and adjusted earnings before interest, taxes, depreciation and amortization (EBITDA) of $222 million to $223 million. After accounting for master lease payments during the quarter, adjusted EBITDA should be in the range of $110 million to $111 million. By contrast, Penn National's previous guidance called for quarterly revenue of $761 million, adjusted EBITDA of $209.3 million, and adjusted EBITDA after master lease payments of $97.4 million.

"As we look to the balance of the year," elaborated Penn National CEO Timothy Wilmott, "our ongoing efforts to optimize operating efficiencies are enabling us to further improve margins which, combined with our strategy of growing our omni-channel platform of casino operations, retail gaming and social gaming assets, support our efforts to increase cash flows, reduce leverage and return capital to shareholders."

A fresh view of SUPERVALU

Finally, SUPERVALU stock climbed nearly 11% after RBC Capital analyst William Kirk upgraded the retailer to outperform from sector perform. Kirk also assigned a price target on SUPERVALU of $6 per share, representing a hefty premium over yesterday's close of $3.34 per share. SUPERVALU stock is still down more than 20% year to date on the heels of its most recent quarterly report in January, in which the company detailed a $26 million loss as net sales declined 1.4%, to just over $3 billion.

But according to Kirk, SUPERVALU suffered from deflation headwinds and increasing competition. And those pressures primarily applied to the company's Save-A-Lot chain, which SUPERVALU sold for $1.365 billion in cash -- $750 million of which it used immediately to repay debt -- to an affiliate of Onex Corporation in December 2016.

"With the successful completion of the Save-A-Lot sale," asserted SUPERVALU CEO Mark Gross at the time, "we are well positioned for the future with a stronger balance sheet, the opportunity to more strategically invest in our business, and the ability to more keenly focus on our core business as a leading grocery wholesaler."