Please ensure Javascript is enabled for purposes of website accessibility
Free Article Join Over 1 Million Premium Members And Get More In-Depth Stock Guidance and Research
By Demitri Kalogeropoulos - Mar 24, 2017 at 10:00AM

There are signs that P&G's stock-price rally could be in its early days.

That formula didn't deliver in fiscal 2015 and 2016, which helps explain why the stock has underperformed the market over the last few years. But there are good reasons to believe that negative trend is about to change.

Rather than hunkering down to battle for growth across its entire range of product categories and business lines, P&G  decided two years ago to focus on the easiest, most winnable fights. It jettisoned over 100 brands from the portfolio, most of which were small-time players that had relatively weak profit and sales growth outlooks. 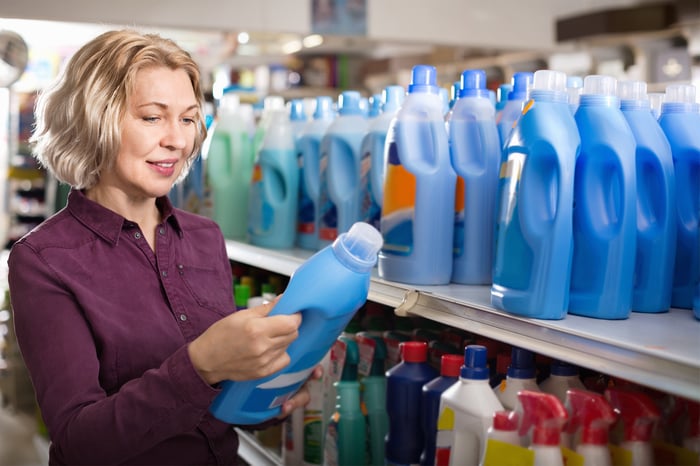 A few, including Duracell, were dominant franchises that management nevertheless saw as a distraction from P&G's core consumer product strengths.

The bad news is that the company's revenue base is now about 15% smaller as a result of these changes. Yet, because the lost brands were disproportionately on the low-growth, low-margin end of the business, P&G walked away from only 5% of its profits. The portfolio that's left should expand at a roughly 1% faster organic growth rate, executives estimate, with higher overall margins. The business should also be much easier to manage through changing consumer attitudes.

P&G has had no control over the global slowdown that added to its business challenges since 2015. It's the same decline that had rival Unilever ( UL -0.82% ) complaining about "severe economic disruptions" as its pace of volume growth dropped last quarter. Ditto for Kimberly-Clark ( KMB 0.35% ), which in late January posted just a 1% uptick in organic sales, compared to 5% in the prior fiscal year.

P&G does have power over its costs, though, and the progress it has made bringing them down should serve investors well over the next few years. It cleaved $7 billion out of major areas like manufacturing, supply chain, and advertising overhead recently, and aims to remove a further $10 billion over the next few fiscal years. 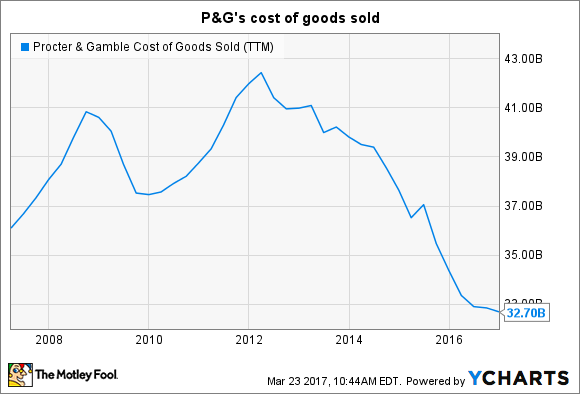 Shareholders have already seen tangible results from these initiatives, including an operating margin that, at 22% of sales, trounces Unilever's 15% and beats Kimberly-Clark's 18%. Cost cuts aren't a long-term solution to sluggish sales growth, of course, but it's a solid advantage to have a lower expense profile than your biggest competitors.

The main reason that P&G embarked on its huge brand-shedding initiative was to put the company in a more sustainable growth position. Yet the strategy also benefited shareholders by generating tons of excess cash. For example, P&G booked $9 billion of profit last quarter on just the sale of a portion of its beauty products to Coty. The Duracell transfer also boosted results by $4 billion a year ago.

P&G has channeled most of these funds directly back to shareholders in what's become one of the market's most generous capital return plans. Spending on dividends and stock repurchases is set to pass $22 billion this year alone, and should amount to $70 billion by 2019 for an $18 billion annual pace since 2015.

The stock currently yields a tad more than either Unilever or Kimberly-Clark. P&G might just widen that gap in April, though, when it announces its dividend policy for 2017. Now that earnings have stabilized, the company has room to significantly boost its payout and likely grab the attention of income investors in the process.