Neha Chamaria, Rich Smith, and Reuben Gregg Brewer
(tmfnehams)
Author Bio
A Fool since 2011, Neha has a keen interest in materials, industrials, and mining sectors. Her favorite pastime: Digging into 10Qs and 10Ks to pull out important information about a company and its operations that an investor may otherwise not know. Other days, you may find her decoding the big moves in stocks that catch her eye. Check back at Fool.com for her articles, or follow her on Twitter. Follow @nehamschamaria
Follow @nehamschamaria

If given a choice between a stock that you have to constantly check up on and one that allows you to sleep soundly knowing it's doing its work, which one would you prefer to own? The answer is obvious, because having to babysit stocks in your portfolio can be nerve-racking. As an investor, the best thing you can do is look for stocks that you can buy and forget for the long term. So if you are after stocks that are easy to deal with, our contributors suggest you consider Coca-Cola (NYSE:KO), Eaton Corp. (NYSE:ETN), and Waste Management Inc. (NYSE:WM).

Have a Coke and a smile

Rich Smith (Coca-Cola): This one's so easy it's almost a "gimme." If you're looking for a stock that you don't have to babysit, look no farther than Coca-Cola.

Oh, I know. Coca-Cola has gotten a bit of a bad rap of late. Health advocates are blaming Coca-Cola and its peers for exacerbating the health crisis by force-feeding sugar-water to their customers. Sugar-free "diet" drinks continue to fight worries that their chemical sweeteners may be linked to cardiovascular disease and even cancer. Little wonder, then, that bottled water recently overtook soda pop in terms of gallons consumed per capita. 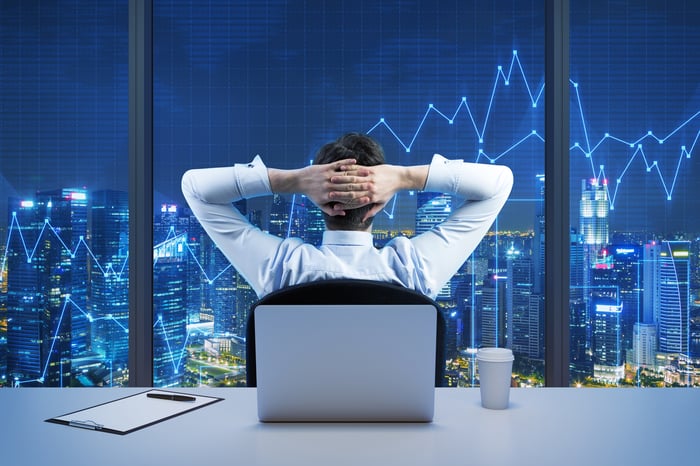 Coke stock in particular has taken it on the chin in response to these worries, with sales down 6% in its most recent quarter, and profits off by more than 55%. Still, Coca-Cola booked nearly $42 billion in sales last year, earned more than $6.5 billion in profits, and generated more than $6.5 billion in positive free cash flow. Despite all the negative press, gross and operating profit margins at Coca-Cola remain right about where they were five years ago -- and if the onslaught of bad news hasn't cratered Coke's business yet, I can't imagine what it would take to do so.

Worst case, I figure that even if the entire world decides to reject the idea of drinking soda, Coca-Cola will just sell them something else. Bottled water, maybe. After all, Coke's Dasani brand already has the biggest market share of any branded version of H2O in the US.

Whatever it ultimately ends up selling, a company that has survived for more than 130 years in business isn't going to just up and vanish any time soon.

An industrial work in progress

Reuben Gregg Brewer (Eaton Corp.): Eaton is a global industrial giant with a focus on power management. It breaks its business down into five segments: electrical products (about 33% of fourth-quarter revenue), electrical systems and services (30%), vehicles (15%), hydraulics (10%), and aerospace (nearly 9%). There's no question that times have been tough lately, with companywide sales in the quarter down 4% and a full-year decline of 5%. Eaton is calling for little to no growth in 2017.

But it's doing all the right things. For example, it's undertaking a large restructuring initiative that it expects to save it $518 million overall at a cost of around $440 million. Moreover, when it received $70 million in insurance proceeds in 2016, management accelerated the restructuring, offsetting any one-time gain that would have boosted 2016 results. That's exactly the type of behavior I like to see (and I'm a shareholder).

This spending is hindering margins today. Take out restructuring costs, however, and Eaton has been able to increase margins in four of its five businesses despite a falling top line. But here's the really interesting thing: Eaton's business is under pressure today, but it remains solidly profitable, earning $4.22 a share in 2016 and generating $2.6 billion in free cash flow. That cash went toward debt reduction, share repurchases, and a 4% dividend hike -- three more things I like to see.

The markets in which Eaton competes are struggling today, but it's holding its own financially while improving its business operationally. And all the while it's making plenty of money and rewarding investors for sticking around. That's a recipe for sleeping well at night, if you ask me.

Neha Chamaria (Waste Management): Have you ever imagined what would happen if you threw trash out but there was no one to pick up and dispose of it, ever? The consequences could be disastrous, to say the least, which is what makes the waste management business the kind that will likely be around for generations. So if you invest in a related stock, you may not have to worry for years about how it's doing. That's what makes Waste Management such an appealing stock, despite the "waste" in its name. 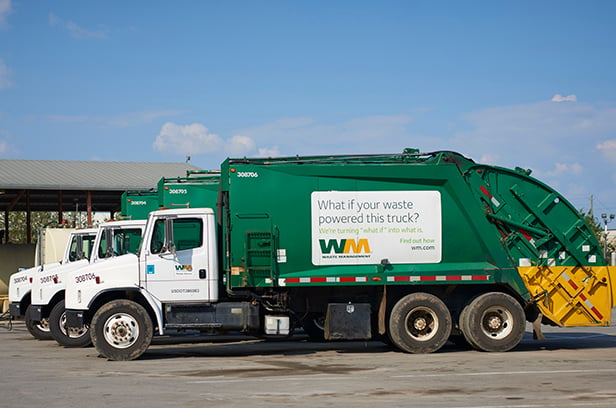 Waste Management is North America's leading waste management company; it provides a complete range of services including hauling, disposing, and recycling of trash through a landfill and recycling network that's second to none. A defensive business, solid asset base, and strong barriers to entry have allowed Waste Management to not just navigate economic down cycles but to trump them.

The company first paid a dividend in 2003, but has increased it every year since -- that's 14 consecutive dividend increases. Its net income and free cash flow grew almost 57% and 96%, respectively, during the period. The stock itself has turned out be a near five-bagger in terms of total returns (price appreciation plus reinvested dividends) in those 14 years. So here you have a stock that's not only growing but also pays consistent dividends, yielding 2.3% currently. I think if you buy Waste Management shares and forget all about them for some years, you should be able to end up with a great trash-to-treasure story to tell your grandchildren.