Earlier this month, an analyst for UBS made waves publishing a note about Apple (NASDAQ:AAPL). Steve Milunovich asked: "Is Apple an anti-fragile monopoly?" He answers his own question, stating, "One characteristic of monopolies is pricing power. iPhone's ASP [average selling price] of almost $700 last quarter ... could further rise with the iPhone 8."

That note set off a wave of follow-up articles across the investing blogosphere about the anti-fragility of Apple. But what does "antifragile" mean, and why are so many investors making a fuss about it? 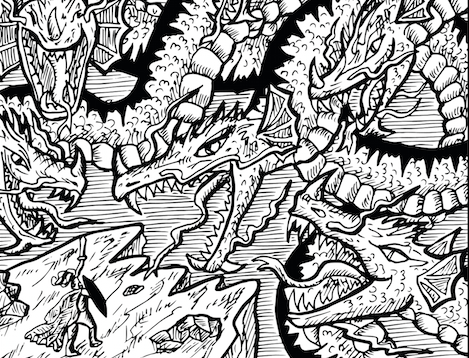 Many people don't know what antifragile means, but it's a concept that I'm very familiar with. Indeed, it is the basis by which I make all of my investment decisions.

Antifragity is the product of thinker, trader, and author of Antifragile: Things That Gain From Disorder Nassim Taleb. He sees everything in the world as being classified in one of three ways: fragile, robust, and antifragile. While the first two are well-known concepts to most readers, the latter is new. Here's an easy way to think about it:

Taleb uses the mythical Hydra -- pictured above -- as the ideal exemplar. If you cut the head off the beast, two more grow in its place. Indeed, it needs stress to grow stronger.

Sit back and ponder this classification long enough and you'll see the human body is the ultimate antifragile machine. If you don't apply acute stress intermittently, your body becomes weaker. That's why astronauts lose bone density: The lack of stress from the force of gravity weakens the bones.

It's important to note that there's a limit to antifragility. Apply too much stress -- or medium-level stress over a long enough time frame -- and something becomes fragile. They key here is that stressors are acute, not chronic, and there's time to rest and process after the stressors take place.

But what does this have to do with investing? I've broken it down to three critical variables.

To become antifragile, Taleb suggests a barbell approach, which gives a visual. For our purposes, what this means is that a company should spend 85% of its time and effort securing safe and reliable income, while spending 15% of its time on high-risk, high-reward ventures.

I have come to view the "safe and reliable" as the company's moat, and "high-risk, high-reward" as optionality -- or the ability to test new ideas with limited downside but unlimited upside. 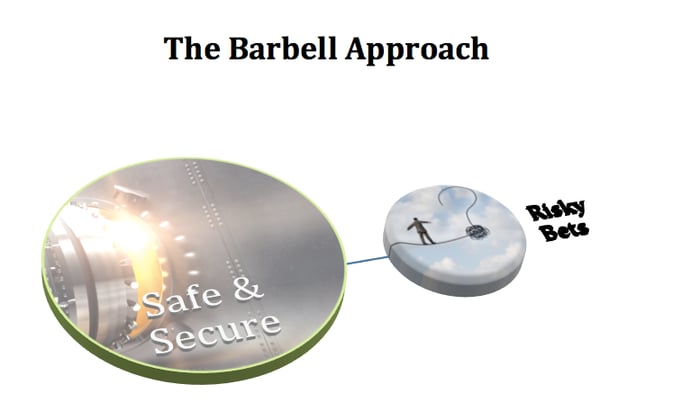 Apple's moat is composed of two parts: brand and high switching costs. As far as brand strength goes, Apple is second only to Alphabet (NASDAQ: GOOG) (NASDAQ: GOOGL), according to Brand Finance, which says Apple's brand is worth $107 billion. That helps explain the phenomenon that Milunovich noted: Customers are willing to pay a premium for Apple products.

It should be noted, however, that this $107 billion represents a contraction of 26% over just one year. Brand Finance noted, "Apple has failed to maintain its technological advantage and has repeatedly disillusioned its advocates with tweaks when material changes were expected."

That's where the weakness in Apple's moat shines through. The iPhone accounted for 63% of all sales last fiscal year. That's a heavy concentration in one area and represents the potential for fragility should the brand deteriorate.

The company's history shows continual development of new products: first the iPod, then the iPhone, followed by the iMac. All the while, Apple was developing the iTunes store and the iCloud. The iCloud has been paramount for ensuring that there are switching costs associated with abandoning Apple's ecosystem. The switching costs, however, are far from insurmountable. 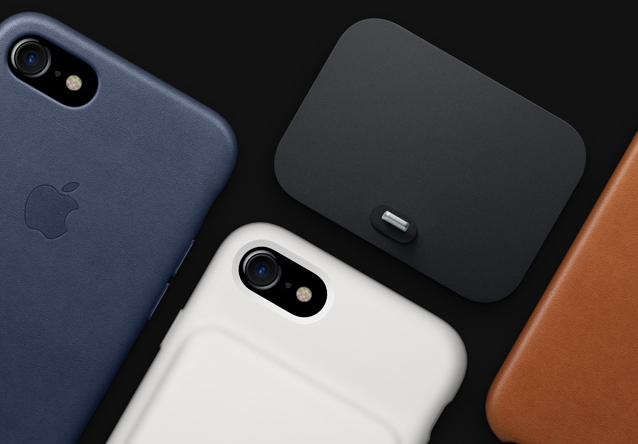 And since the death of Steve Jobs, we've seen scant evidence of real optionality. While rumors have surfaced about Apple's move into cars, artificial intelligence, or other venues, the only real new product we've seen is the Apple Watch -- which hasn't demonstrably moved the company's long-term profit needle.

Perhaps most alarming was the company's change in mission statements under CEO Tim Cook. Under Jobs, Apple's mission was "To make a contribution to the world by making tools for the mind that advance humankind." That's a powerful mission that opens itself up for tons of optionality; there's no telling where "advancing humankind" can take you.

But the current version is a manifestation of business-speak that has almost no enduring meaning. It reads:

Apple designs Macs, the best personal computers in the world, along with OS X, iLife, iWork, and professional software. Apple leads the digital music revolution with its iPods and iTunes online store. Apple has reinvented the mobile phone with its revolutionary iPhone and App store, and is defining the future of mobile media and computing devices with iPad.

This is just plain awful. It gives me little confidence that the company will continue innovating the way it once did.

The brand is strong, but switching costs are weak, and it's tough to find evidence of real optionality under Cook.

Grade for Barbell Strategy = B-

During antiquity, Taleb points out, managing risk was dealt with by ensuring that decision-makers had their skin in the game. The engineer who designed and built a bridge was forced to live underneath his bridge. It's a simple solution to a very complex problem of hidden or unknowable risk.

With Apple, there's very little skin in the game. Management altogether owns less than 1% of shares outstanding. While I can't necessarily blame Cook and company for this -- it's the largest company in the world, and few were there when it all started -- it doesn't change the fact that incentives aren't aligned as strongly as they are at a company like Alphabet.

On the other hand, I am encouraged by what employees seem to think of working at the company. Using Glassdoor.com, I see that Apple gets four out of five stars, with 79% who gave an opinion saying they'd recommend working there to a friend, and Cook getting a 94% approval rating. Those are all very high marks. I believe employees with such a high level of satisfaction are more likely to be open to learning from mistakes and pivoting their focus when the time calls for it -- the tenets of antifragility.

Grade for skin in the game = C+

Finally, we have a more traditional metric, the amount of cash a company has, how much it brings in on an annual basis, and how much debt it carries.

Debt is the ultimate bringer of fragility -- it reduces your options in times of stress and puts you at the whim of your debtors. Cash is the ultimate antifragile tool during a macro-financial crisis, as it gives you options: buying back shares on the cheap, outspending rivals to gain market share, or making acquisitions.

On all of these traits, Apple is very strong. It sports cash (including long- and short-term investments) of almost a quarter-trillion dollars -- against a debt load of "just" $73 billion. In addition, it brought in $54 billion in free cash flow and used less than 25% of it to pay its dividend.

Grade for financial fortitude = A+

So how Antifragile is Apple?

By my own scoring system, Apple is right in the middle of the pack. While the barbell strategy looms the largest, the company gets a grade of B. An "antifragile monopoly" it is not, but it's no slouch, either. That's why I've maintained my own skin in the game with the stock, as it accounts for 3% of my family's real-life holdings.