In December 2016, Amazon.com (AMZN -8.43%) wrapped up the year with the surprise launch of a small convenience-style grocery store concept with a checkout-free shopping experience the e-commerce giant called, "Just Walk Out Shopping." The technology signaled Amazon's ever-expanding ambition to grab market share from retailers -- this time from grocers.

But Amazon's plans have fallen flat, according to a new report from The Wall Street Journal. Technological problems mean the store will remain only a concept for now. 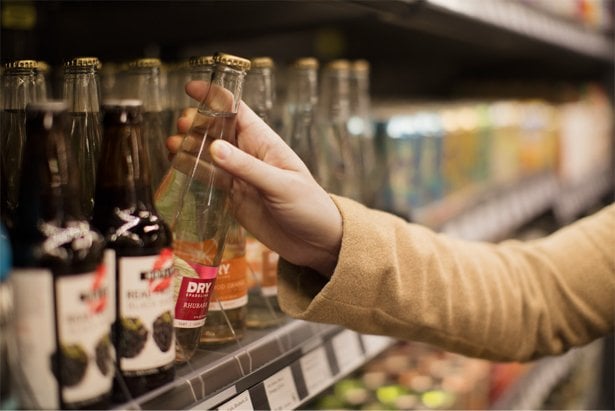 Amazon's check-out free grocery experience, which the company calls Amazon Go, first launched as a beta program for its employees. Measuring 1,800 square feet of retail space, the store offered ready-to-eat meals and snacks, as well as grocery essentials. But the major selling point of Amazon Go was its Just Walk Out Shopping technology.

Our checkout-free shopping experience is made possible by the same types of technologies used in self-driving cars: computer vision, sensor fusion, and deep learning. Our Just Walk Out Technology automatically detects when products are taken from or returned to the shelves and keeps track of them in a virtual cart. When you're done shopping, you can just leave the store. Shortly after, we'll charge your Amazon account and send you a receipt.

Amazon planned to launch public versions of the store in "early 2017," the website said.

Amazon employees reportedly had ambitious plans for the stores and this new technology. The company envisioned "opening more than 2,000 brick-and-mortar grocery stores under its name, depending on the success of the new test locations," the Journal reported last December.

But with "early 2017" nearly over as the second calendar quarter draws closer, Amazon has delayed plans for a public launch of Amazon Go, the Journal said this week, citing "people familiar with the matter." Further, there's no longer a timetable for the expected launch of the new store. The delay is because of problems with Amazon's Just Walk Out Shopping technology, the sources told the Journal. Specifically, the Journal says Amazon has had issues with tracking transactions when over 20 people are in the store.

As Amazon fumbles with its first major attempt at a small grocery concept, Wal-Mart (WMT -1.33%) is seeing some success from its own approach to making grocery shopping easier: curbside pickup of online orders. In the company's most recent earnings call, Wal-Mart CEO Doug McMillon said the service's sales increased 27% year over year over the holidays. Similarly, curbside pickup of orders made online at Wal-Mart's Sam's Club increased 25% year over year during the fourth quarter. Unlike Amazon.com's sentiment toward its new Amazon Go technology, Wal-Mart is optimistic about its progress with curbside pickup. "Customers love being able to order an item with an app and get it that day," McMillon said.

Of course, if Amazon can make the Amazon Go technology work, it could be more disruptive than Wal-Mart's more conservative bets on same-day pickup of online orders. But Amazon's initial headwinds in brick-and-mortar grocery show that disrupting giants like Wal-Mart won't happen easily.