Apparel maker G-III Apparel Group, Ltd. (NASDAQ:GIII) is seeing its stock take a turn for the worse after reporting Q4 and full-year 2016, including lower 2017 guidance than the market expected. The stock was down as much as 14% during trading today.

G-III Apparel is the parent company of brands like DKNY, which it acquired in December 2016, and the distributor for some other high-profile brands like Ivanka Trump. The company reported sales for the fourth quarter ended Jan. 31 of $603 million, up nearly 15% year over year but still below expectations. However, it reported a net loss for the year of $0.42 per share compared with positive earnings of $0.17 per share for the year-ago period. Earnings per share for the full fiscal year was $1.12, less than half of what it was in fiscal 2015. 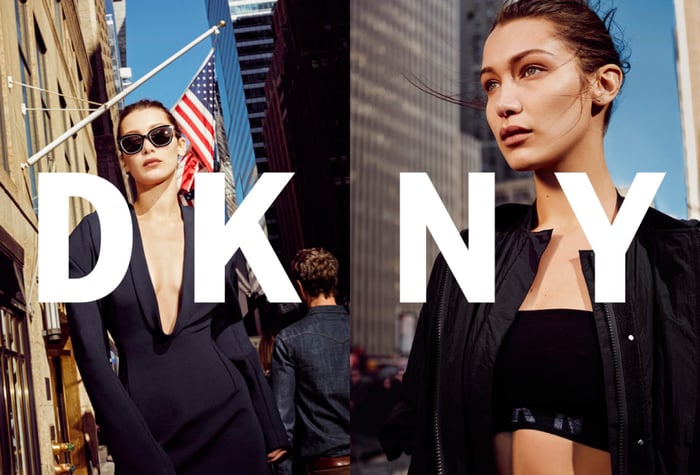 One interesting piece of news out recently is that G-III has inked a deal with Macy's (NYSE:M) for the retailer to be the exclusive U.S. department store to sell DKNY women's apparel, handbags, and shoes, as well as men's and women's outerwear and swimwear. These companies plan for DKNY to be a "shop-in-shop" within Macy's locations.

For fiscal year 2017, the company is expecting sales of $2.73 billion, which would be about a 16% jump year over year, but for net income to drop another 14%-24%. Management said in the release that some of their segments performed well regardless of "significant headwinds as the traditional retail environment has become increasingly disrupted as a result of evolving consumer buying behavior and continued penetration of e-commerce." The lower-than-anticipated guidance is disappointing, but growing sales certainly look interesting for a stock trading at just 11 times earnings.