Please ensure Javascript is enabled for purposes of website accessibility
Log In Help Join The Motley Fool
Free Article Join Over 1 Million Premium Members And Get More In-Depth Stock Guidance and Research
By Adam Levine-Weinberg - Mar 28, 2017 at 9:25AM

The Dillard family's complete control over their namesake company could lead to more disappointing results for shareholders.

Just two years ago, Dillard's (DDS 6.58%) was flying high on rising margins and a massive share buyback binge. Indeed, profitability bounced back quickly after the Great Recession. Furthermore, the company reduced its share count by more than 50% between January 2010 and January 2016.

These factors all caused Dillard's stock to rocket higher by 4,000% between early 2009 and early 2015. However, investors who bought Dillard's stock more recently have been deeply disappointed. The shares have lost two-thirds of their value since peaking in April 2015. 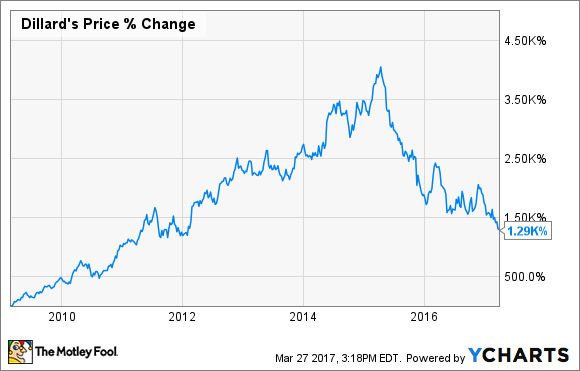 At its recent price of around $47, Dillard's stock is extremely cheap. However, that doesn't necessarily make it a great stock to buy, because ordinary shareholders are at the mercy of the founding family. Specifically, the Dillard family may be unwilling to sell the company even if that would be the best outcome for shareholders.

The retail business is in bad shape

For the past two years, the core department-store business has performed very poorly. Comparable-store sales fell 2% in fiscal 2015 and then slumped 5% in fiscal 2016. These sales declines have driven rapid margin erosion. Adjusted net income plunged from $328 million in fiscal 2014 to just $173 million last year. 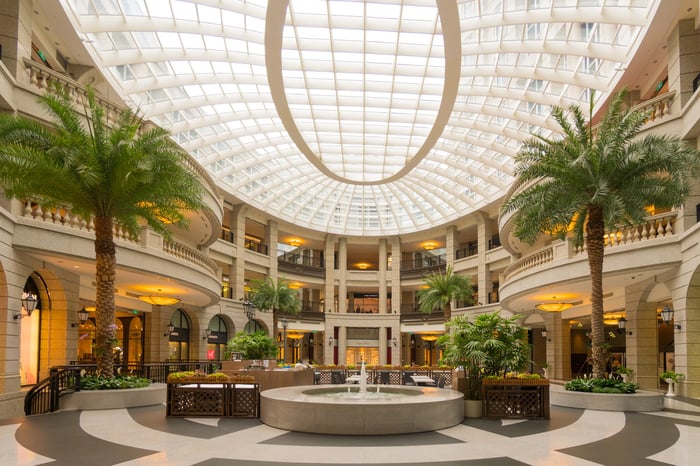 It's hard to pinpoint exactly why Dillard's is falling behind. However, one strong possibility is that penny-pinching on capital investments -- a strategy that freed up lots of cash for share buybacks in recent years -- is finally coming back to haunt Dillard's.

The outlook for 2017 looks equally bleak. Mall traffic is expected to continue falling. Meanwhile, Dillard's has even more inventory on hand than it had a year ago, despite its downward sales trend. This situation could lead to margin-sapping clearance discounts.

But Dillard's has valuable assets

While the core business has stumbled in recent years, the stock doesn't reflect the full value of its assets. Indeed, Dillard's currently trades for a little less than 90% of book value. Furthermore, book value almost certainly understates the company's real estate value.

Dillard's currently reports $1.8 billion of property and equipment on its balance sheet. Yet a November 2014 presentation by activist investment fund Marcato Capital Management suggested that the company's real estate could be worth about three times that amount.

That may be an overly ambitious valuation. Starboard Value (a different activist fund) has estimated that the mall-based stores Macy's owns are worth an average of $117 per square foot. Dillard's stores might be worth closer to $100 per square foot, given that Macy's routinely generates more sales per square foot than its smaller rival. 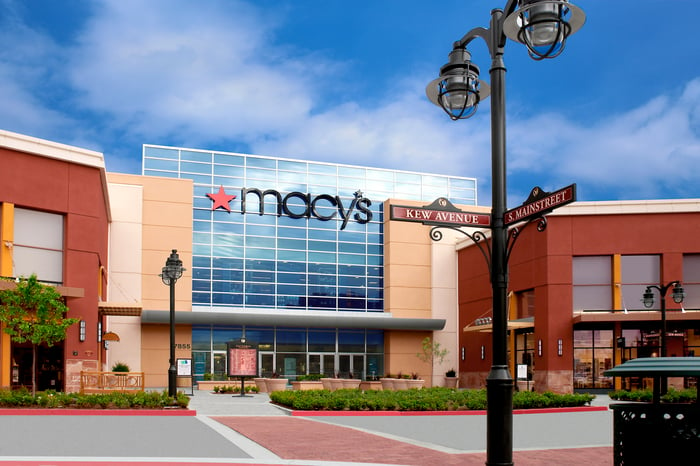 Macy's mall-based stores have been valued at more than $100 per square foot. Image source: Macy's.

Still, Dillard's owns 44.1 million square feet of its store real estate. At $100 per square foot, those properties would be worth about $4.4 billion. In total, Dillard's net assets are probably worth about twice as much as its current market cap.

It's all up to the family

In theory, the high asset value means investors could make a huge profit if the company were to wind down its operations, sell off its assets, and return all of its capital to shareholders. But in practice, companies rarely if ever do that.

For Dillard's, this kind of result is even less likely, because the company is still controlled by the founding family. The Dillard family presumably likes having its name on a prominent department store. That practically rules out an orderly liquidation. It also reduces the odds of a sale to a competitor that might want to retire the Dillard's brand.

That said, there is one potential acquirer lurking.  Richard Baker, executive chairman of Hudson's Bay Company, is supposedly friendly with the Dillard family. Baker has bought up several department-store chains across the world in recent years and has reportedly been interested in Dillard's in the past.

Furthermore, Baker seems to be in a deal-making mood. Earlier this year, he made a long-shot bid to buy Macy's. More recently, he has started negotiating with privately held Neiman Marcus.

The four oldest Dillard children, who hold the top four executive positions at Dillard's, are all at least 65 years old. Perhaps if the retail business continues to decline, they will opt to sell rather than signing up for a years-long turnaround process.

Then again, maybe not. The company's prospects over the next few years could be dictated by the family's whims. Investors simply can't be confident that the company will actually realize the value of its substantial asset base.