Please ensure Javascript is enabled for purposes of website accessibility
Log In Help Join The Motley Fool
Free Article Join Over 1 Million Premium Members And Get More In-Depth Stock Guidance and Research
By Beth McKenna - Mar 28, 2017 at 9:51AM

A 4.3% yielding dividend stock, a beloved company with many catalysts for growth, and a leader in an extremely stable industry make great investments for folks in their 60s -- or of any age.

Age is just one of several factors that are important when choosing investments, as things such as whether your household has income coming in from employment and/or social security matter a great deal.
In general, however, most people in their 60s should invest in stocks as part of a diversified investment portfolio because they're one of the best ways to grow money over time. Stock portfolios for folks in their 60s should be slanted toward stable dividend payers, with at least some stocks having decent growth potential. 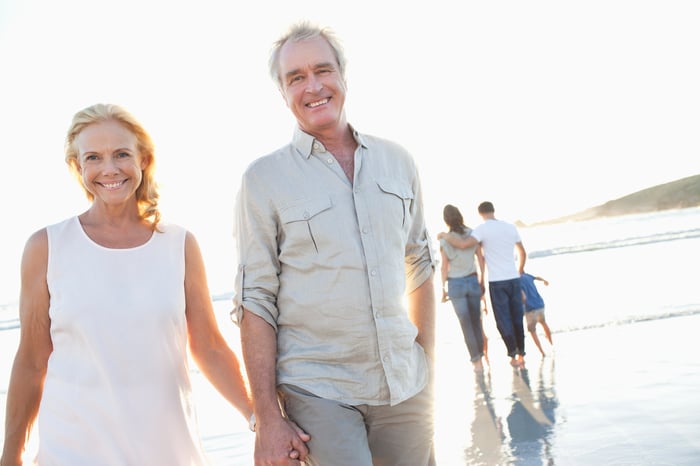 If you're in your 60s, one or more of these stocks should fit your needs:

Data sources: Yahoo! Finance and YCharts. *Beta is a relative measure of stock price volatility, with a beta of 1.0 equal to the volatility of the broader market. **American Water Works' return since its IPO in April 2008. Stocks listed in order of 10-year return. Returns bold-faced have outperformed the broader market.

A leader in arguably the most stable industry

American Water Works is a great core stock for investors in their 60s. The company is the largest investor-owned water and wastewater utility in the United Stares, providing services to approximately 15 million people in 47 states and one Canadian province. 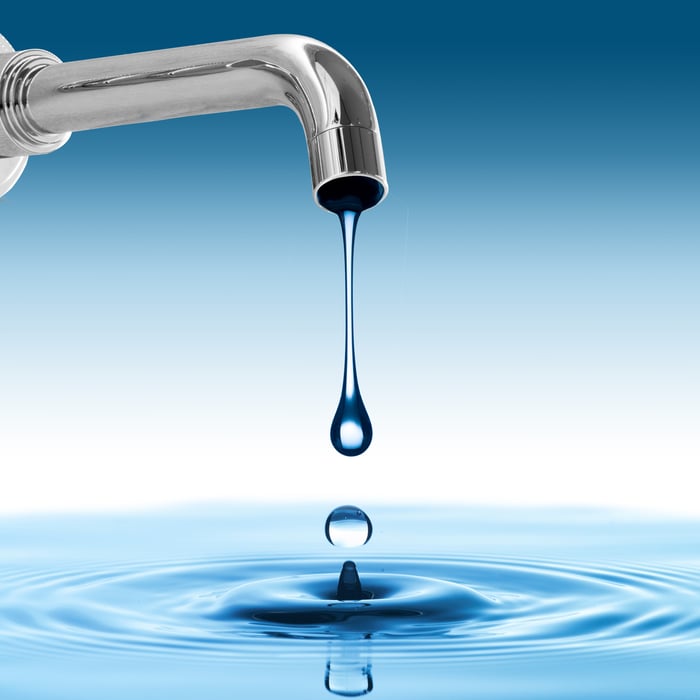 You'd be hard-pressed to find an industry that is more immune to such things as macroeconomic factors and changing consumer tastes than the water utility industry. Within this industry, American Water should continue to be the best bet, largely because of its industry-leading size and geographic diversity. These traits provide it with greater opportunities than its peers to grow by acquisitions. And, in fact, when the company released its strong 2016 results -- adjusted earnings per share increased 7.6% -- it reaffirmed its 7% to 10% annual EPS growth rate target through 2021, with a portion of this growth expected to come from acquisitions.

American Water's total return over the long-term period shown in the table above is the best of the group, which probably surprises some investors who believe that all utility stocks are slow growers. Moreover, its beta indicates that it's only been 22% as volatile as the overall market over the last five years, which makes it ideal for investors who prefer low-volatility stocks. American Water's dividend yields a relatively modest 2% -- about the same as the S&P 500; but the company is committed to returning value to shareholders and has increased its dividend every year since going public in 2008.

Walt Disney makes a solid growth stock for investors in their 60s, with analysts expecting the entertainment giant to grow EPS at an average annual rate of 9.5% over the next five years.

The company's diverse empire includes its iconic movie-making business; its legendary theme parks; its broadcast and cable TV networks including top properties ESPN and ABC-TV; and its consumer-goods business, which licenses the company's vast collection of familiar characters and other intellectual property for use on a plethora of products. 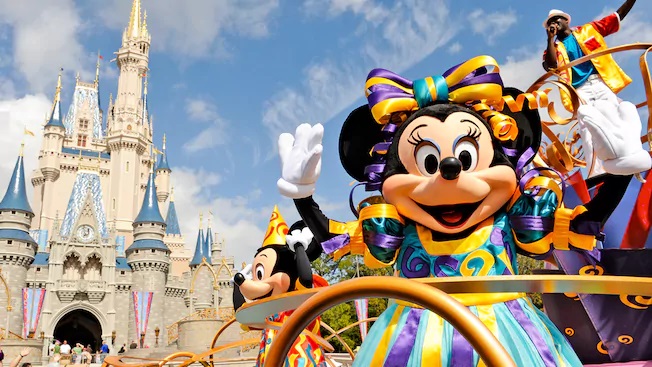 The House of Mouse turned it a fantastic fiscal 2016, ended on Oct. 1, with revenue increasing 6%, adjusted EPS growing 11%, and free cash flow soaring 27%. While management has said that fiscal 2017 will be a slower-growth year, it expects Disney's robust recent performance to continue in fiscal 2018. Major catalysts for growth include expected profitability in fiscal 2018 for Shanghai Disney, the company's first park in mainland China that opened last June; and a particularly powerful movie lineup in fiscal 2018 that kicks off with this December's release of Star Wars: The Last Jedi.

Investors shouldn't fret about the cable cord-cutting trend that has hurt subscriber count at most cable properties, including ESPN. Disney's stake in leading video streamer BAMTech will enable it to bring its top sports offerings and other content directly to consumers via subscription streaming services.

Disney's dividend is currently yielding a modest 1.4%. However, the company has been spewing free cash flow and still has plenty of room to increase its dividend.

Realty Income makes for a good income stock for investors in their 60s, as it currently yields 4.3%. As a plus for some investors, this real estate investment trust (REIT) pays its dividend on a monthly basis. 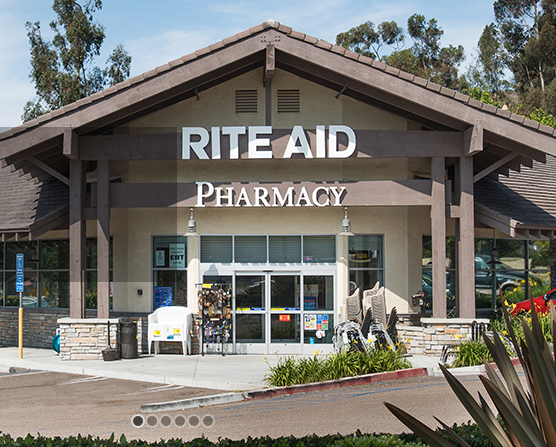 Realty Income's portfolio consists of more than 4,900 properties in 49 U.S. states and Puerto Rico, with retailers accounting for 79% of occupancies. The company targets tenants that are resistant to downturns in the economy (such as retailers selling non-discretionary items, like drugstores) and service operations mostly protected from online competition (such as movie theaters). This stability, coupled with Realty Income's use of long-term, triple-net leases (tenants pay variable expenses such as maintenance costs), results in an income stream that is consistent and predictable.

Like most REITs and many other interest rate-sensitive stocks, Realty Income's stock has pulled back considerably starting in mid-2016 because of the Federal Reserve's expected interest-rate increases. Indeed, the Fed inched up rates in December and then again in March. Nonetheless, we're still in a historically low-interest-rate environment, and Realty Income's high-quality portfolio should help the stock weather future rate increases better than its peers with lesser-quality portfolios.

Thanks to its reliable and growing income stream, Realty Income has increased its total annual dividend payout for 23 consecutive years.