Please ensure Javascript is enabled for purposes of website accessibility
Log In Help Join The Motley Fool
Free Article Join Over 1 Million Premium Members And Get More In-Depth Stock Guidance and Research
By Daniel B. Kline - Updated Dec 22, 2017 at 8:48AM

The company has a program that avoids calling the police.

Wal-Mart (WMT 0.32%) has taken the law into its own hands. No, the company has not started its own jail, and any employee who wears a cape and fights crime must still do so on their own time. Instead, the retail chain has taken a new approach to fighting shoplifting that requires less involvement from the police. The retailer has been using a "restorative justice" program in 1,500 of its stores, according to The Gainesville Sun. That's a program where people deemed low-risk, first-time offenders are given the choice of paying to take an anti-shoplifting course rather than facing arrest and prosecution.

The effort is in its early days, but the results have been good so far. The company has seen a 35% reduction in calls to law enforcement nationwide since restorative justice programs were first implemented, Wal-Mart spokesman Ragan Dickens told The Sun in an email.

"No retailer is immune to the challenge of crime. We recognize the importance of this issue at the highest levels of the company, and we are investing in people and technology to support our stores," he wrote, noting that police are not being cut out of the loop.

Alleged shoplifters who get the chance to participate in the course must pay a fee to take it. The company does not disclose what it charges, but the paper noted that "the rate of repeat theft is low among those who have gone through the program." If that proves to be true over a national rollout for the long run, then the company could save some serious money. 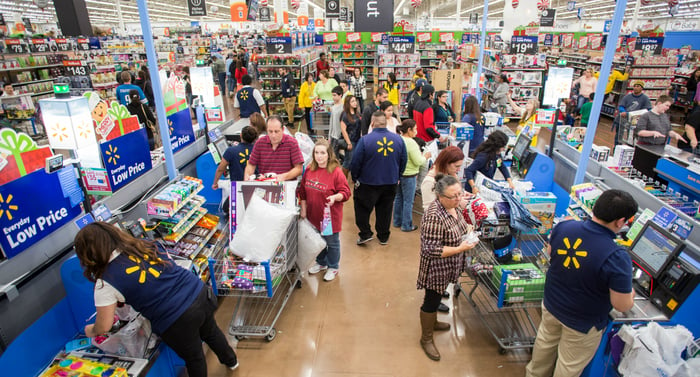 How big a problem is shoplifting?

The 2016 National Retail Security Survey (NRSS), conducted by the National Retail Federation (NRF) and Dr. Richard Hollinger of the University of Florida, shows that shrinkage (theft including shoplifting and employees stealing) cost retailers $45.2 billion in 2015. That's 1.38% of total sales and for the second year in a row shoplifting "has surpassed employee theft as the greatest cause of inventory shrink," according to the study.

"Loss prevention professionals continue to do an exceptional job at locating the issues and finding solutions to prevent additional loss in their retail stores," said NRSS lead author Hollinger in a press reelase. "It is important for retailers to continue building relationships with law enforcement and leverage new technologies that can further provide protection to their assets, customers and employees."

Why is Wal-Mart doing this?

Wal-Mart's hours and relatively lean staffing for the size of its stores means that in some, maybe many cases, the chain is impacted by shoplifters more than other retailers.

"At night, they're the only place that's open, and where Wal-Mart is the dominant retailer, they're pulling in visitors from all over," Charles Fishman, author of The Wal-Mart Effect, said. "They can easily generate more traffic than the whole town. By pure numbers, the crime is going to be where the people are."

In the same Time article, Burt Flickinger, managing director at Strategic Resource Group, a retail consulting firm, estimated that for every dollar in sales, Wal-Mart loses roughly $0.02 to shoplifters. He noted that rivals like Costco or WinCo, a regional supermarket chain, lose less than a penny for each dollar in sales.

Clearly that incentivizes Wal-Mart to change how it handles shoplifting. Adding more employees in general or in loss prevention might help catch more people, but the restorative justice program could actually lower repeat incidences of shoplifting without increasing costs for the chain. That's a big win for Wal-Mart, but it's also a model that might begin to make a dent in the $45.2 billion in shrinkage the industry experienced in 2015 should other retailers adopt it as well.