The pipeline giant's oil production business has proven to be problematic during the downturn.

Kinder Morgan's (KMI 1.31%) cash flow has taken a hit as a result of the oil market downturn. After peaking in 2015 at $4.7 billion, the pipeline giant expects to generate $4.46 billion of distributable cash flow this year. One of the driving forces of that decline has been the impact low oil prices have had on the company's oil business, where it uses carbon dioxide to coax oil out of legacy fields in Texas' Permian Basin. Given the weight this business has had on the company, it certainly merits the question of what the pipeline giant might do with it in the future.

A legacy business in a legacy field

Kinder Morgan has been in the oil business for more than a decade, steadily building and buying assets to expand its production capacity and opportunity set in the Permian Basin. In 2003, for example, the company spent $225.5 million to acquire Marathon Oil's (MRO 0.31%) 42.5% interest in the Yates Field and its 100% interest in the Yates Gathering System. Kinder Morgan was already a 7.5% stakeholder in the Yates Field, which was initially discovered in 1926 and had produced more than 1.5 billion barrels over its lifetime. However, the company saw an opportunity to leverage its existing asset base and coax even more oil out of that legacy field. That deal followed up on the dissolution of a partnership between Kinder Morgan and Marathon Oil in which Kinder Morgan picked up a stake in another property, as well as a carbon dioxide pipeline. 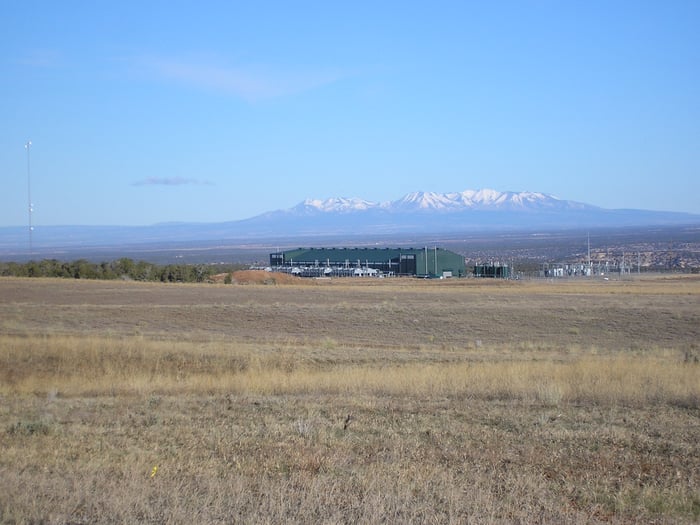 As a result of these past deals and investments, Kinder Morgan currently controls the best source of carbon dioxide for enhanced oil recovery (EOR) in the region, as well as fields that still hold billions of barrels of oil. Because of that, the company has a large pipeline of growth projects to expand its oil business. In fact, it has identified $300 million of carbon dioxide storage and transportation projects along with $1.1 billion of EOR opportunities to develop over the next five years. These investments are still fairly lucrative at current oil prices, with development in the Yates Field, for example, achieving a 65% return at $50 oil. Meanwhile, past investments have certainly paid off considering that the company has generated $4.7 billion of cumulative free cash flow since it got into the oil business.

Worn out its welcome?

That said, after generating nearly $1.5 billion of distributable cash flow in 2014, Kinder Morgan's carbon dioxide business has fallen on hard times. Last year earnings in the segment slumped 20%, to $917 million, as a result of lower realized oil prices and an 8% decline in oil production. The company anticipates another 4% drop in earnings this year due to weaker realized oil prices after some of its lucrative hedges rolled off at the end of last year, which is one reason why Kinder Morgan expects its cash flow to decline again in 2017. While the company will partially offset weaker oil price realizations with the recent completion of the Cortez Pipeline expansion and first oil from the second phase of its Tall Cotton Field, it has had to defer several other projects due to low oil prices, which have hampered its ability to grow earnings.

That weight of lower oil prices has caused several analysts to question whether Kinder Morgan should continue holding on to its oil business given that its core investors want stability. There were even reports late last year that the company was working on a sale of its oil properties in a deal that could have topped more than $10 billion. That said, those reports have since faded away, especially because, other than Occidental Petroleum (OXY 2.65%), there are few strategic buyers with the scale to pull off such a deal. Further, Occidental Petroleum had already completed a deal, spending $2 billion last fall to acquire several EOR properties in the Permian Basin, as well as some acreage for horizontal shale drilling.

Evidently, the company's management isn't in any rush to sell. CEO Steve Kean commented on the sale rumors during the company's fourth-quarter conference call earlier this year saying that the management team likes the carbon dioxide business because it generates good returns. He also noted that the company built a very proficient business because it has integrated the EOR assets with its midstream and transportation assets, which enhances its ability to generate cash flow. While Kean said that the company would certainly consider a sale of any business if it increased shareholder value, it doesn't need to unload its oil business.

Although Kinder Morgan's oil assets have weighed down earnings over the past couple of years, the company isn't in any rush to sell unless it gets an offer that it can't refuse. Instead, the company appears likely to continuing holding the business and squeezing as much cash flow out as possible. In fact, under current assumptions, Kinder Morgan can generate between $750 million to $1 billion in annual free cash flow from the assets over the next decade, even if oil prices remain at moderately low levels. That's why it doesn't look like Kinder Morgan's oil business is going anywhere.