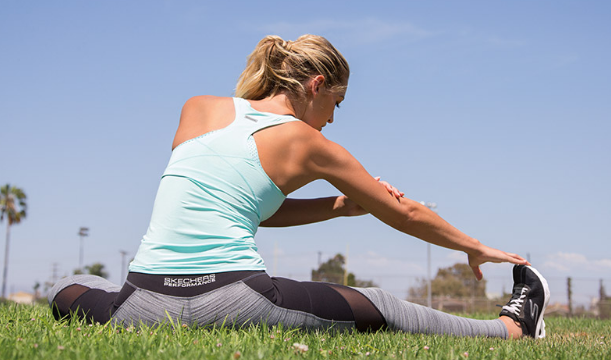 When Skechers (SKX -2.28%) released fourth quarter 2016 results last month, shareholders were very interested in whether holiday shoppers put Skechers in their stockings, and if the company would be able to meet its revenue guidance for the quarter. Skechers management openly discussed the softness in the domestic numbers, but highlighted growth in its international segment and company stores which allowed it to post record revenue and beat top-line analyst expectations. A priority for Skechers in 2017 will be to continue to invest where the company is growing -- internationally and especially in China.

To better understand the highlights of the quarter and the plans going forward into 2017, here are five important points from Skechers' Chief Operating Officer and Chief Financial Officer, David Weinberg, during the fourth quarter earnings call.

China is big for Skechers

...48.5% gain in China... China shipped nearly 3 million pairs in the quarter and 10.5 million pairs for the year. We now have approximately 2,080 points-of-sale in China and an extremely strong e-commerce business with growth just short of triple digits, thanks in part to a highly successful Singles Day in November. We believe there is still tremendous opportunity across the country to further build the brand.

While China's population is more than four times larger than the U.S., Skechers sold five times the number of shoes domestically than in China last year. Skechers' 2015 Annual report indicated there were 15,000 doors in the U.S. where you could buy the company's product; China doesn't even have 14% of that. So saying that China is a "tremendous opportunity" is putting it lightly.

Domestic wholesale down but optimistic outlook

The second half of 2016 presented some challenges in the United States with several retailers shuttering doors and an influx of off-price footwear that is normally full priced. While we were impacted by the sluggish retail environment in the United States, we focused on developing fresh new product for 2017, maintaining strong gross margins and keeping our inventory in line.

There's no getting around the elephant in the room of 18% year-over-year declines in domestic wholesale. While 4.6% of the declines were related to a comparison to the well received Star Wars branded product launch in 2015, a net 7.2% decline is still disappointing. Management admitted continued industry softness, but pointed to its positive early 2017 domestic order backlogs, a good reception of its new products and demand "up high-single digits going in" to the year. In order for investors to sleep well at night, Skechers just needs to keep the domestic business stable. The new products for 2017 seem to be doing the trick so far. This will be an area for investors to watch to see if the domestic wholesale business can keep its nose above the waterline.

Skechers company stores continue to be a highlight of the earnings reports. Despite general weakness in brick-and-mortar retail with a number of chains closing stores, a positive 1.7% same store year-over-year comparison is a consumer vote of confidence in the Skechers brand and products.

Skechers company stores offer strategic benefits, such as carrying the entire Skechers line in its concept stores, real-time sales data to be more responsive to demand, and the ability to sell-off slow moving inventory without impacting brand image. Management believes in the company store concept and is investing to build another 70 to 90 of these stores in 2017.

International sales will reach 50% this year

Strong fourth quarter international growth more than offset a weak domestic wholesale result, and propelled the company to beat fourth quarter top line analyst expectations, posting full-year positive growth of 13.2%. A key success factor in the international arena is the move from a distributor model to a joint venture model.

The joint venture model allows Skechers more control and offers some of the same benefits of a company store format, while reducing the capital investment requirements. International joint ventures grew an amazing 61.9% for the quarter, more than offsetting the 13.6% reductions in the distributor business. Additionally, the joint venture model results in better gross margins than selling through distributors. International growth will continue to improve the top and bottom lines for Skechers overall.

Half of investments will be in China

We expect our capital expenditures for 2017 to be approximately $50 million to $55 million... We're researching the DC in China now. I would hope we would be able to start investing by mid to end 2017. As you heard in the prepared remarks, we have $25 million allocated through the [China] joint venture for this year expenses regarding the distribution center. That may be a little early and it may slip to $18 million, but we're hoping that we can get design and land done and start – at least breaking ground before the end of the year.

As China retail and e-commerce sales grow in prominence for Skechers, it makes sense that the company has a distribution center (DC) there. Skechers has a 1.8 million-square-foot DC to service the U.S. and a 1.3 million-square-foot facility for the European market. The current DC's provide bulk order shipping to company stores and wholesale partners, as well as single pair orders to e-commerce customers. A DC in China will enable Skechers to better manage the increased demand in the region and be more responsive to customer needs. Investors should watch to ensure management is making progress in this important link in the supply chain.

Skechers beat its revenue guidance with the success in company retail and international, including China. Management is committed to invest in the regions where it has been successful, while keeping the domestic business fresh with new products that keep customers coming back. Investors should be encouraged that Skechers is becoming a truly global company.