Late last year, ConocoPhillips (NYSE:COP) unveiled a new strategy to create value for investors in an increasingly uncertain oil price environment. One focus of that plan was to allocate capital in the future for share repurchases and debt reduction as opposed to focusing solely on production growth. In fact, the company planned to accelerate that strategy by selling $5 billion to $8 billion of natural gas assets in North America over the next two years, using the funds for debt reduction and share repurchases.

This week, however, the company supercharged its strategy by announcing the sale of several oil and gas assets in Western Canada to Cenovus Energy (NYSE:CVE) in a $13.3 billion deal. As a result, ConocoPhillips will exceed the goals of its three-year financial plan in less than a year. Furthermore, its overall financial and operating metrics will vastly improve, which sets the company up to thrive in any oil market. 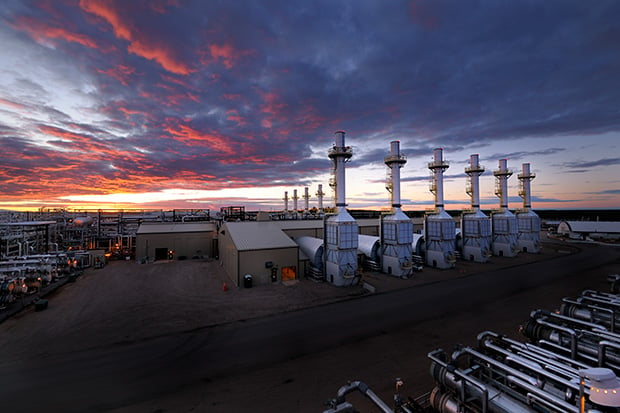 ConocoPhillips is selling its 50% interest in the Foster Creek Christina Lake oil sands partnership to its partner Cenovus Energy. That joint venture consists of two operating oil sands assets and one future project. In addition, ConocoPhillips is selling the bulk of its Canadian Deep Basin gas assets to Cenovus, which consist of the Elmworth-Wapiti, Kaybob-Edson, and Clearwater fields. That said, the company isn't completely exiting Canada, as it will retain its acreage position in the high-growth Montney shale in Western Canada and its 50% stake in the Surmont oil sands facility, which it co-owns with French oil giant Total (NYSE:TTE).

In exchange for those assets, Cenovus Energy will pay ConocoPhillips $10.6 billion in cash at closing and issue it 208 million shares, valued at $2.7 billion. For perspective, that's well above the $10.9 billion net book value of the assets, implying that this transaction unlocked value for ConocoPhillips' investors. Furthermore, ConocoPhillips will also receive a quarterly contingent payment of $6 million every dollar the oil price averages above $52 per barrel for the next five years. As a result, ConocoPhillips gets cash to accelerate its strategy while retaining upside to both oil prices and an improvement in Cenovus' stock price. 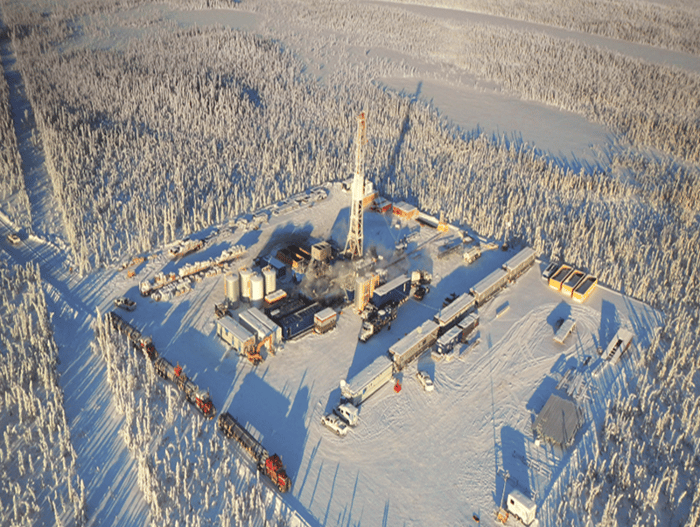 How this deal impacts the company

ConocoPhillips intends to put the cash proceeds to work immediately and accelerate its value creation strategy. It will use the bulk of the funds for debt reduction, paying off $7 billion in debt and bringing total debt down to its $20 billion target. As a result, the company set a new debt goal, aiming to get total debt down to $15 billion by the end of 2019. In addition, ConocoPhillips will double its share repurchase authorization to $6 billion, with plans to buy back $3 billion this year, triple its initial estimate.

The debt reduction will have the most notable impact on the company. It's net debt-to-cash flow from operations ratio, for example, will plunge from 4.8 times at the end of last year to 1.8 times in 2017. Meanwhile, ConocoPhillips' annual interest expense will drop from $1.25 billion last year to $950 million in 2017. That interest expense savings, when combined with a reduction in operating costs associated with the sold assets, will completely offset any impact to cash flow from operations.

Another notable result of this deal is that it will lower ConocoPhillips' future cost of supply. While the company will lose 3 billion barrels of oil equivalent (BBOE) resources in the deal, those were higher-cost resources. As a result, the company's average cost of supply will decline from $40 per barrel to $35 per barrel. Meanwhile, the company still has nearly 15 BBOE of low-cost resources remaining, which is enough to last it 32 years at its current production pace.

This transaction enables ConocoPhillips to achieve its three-year value creation plan in a matter of months. Furthermore, the company unlocked value, improved several financial and operating metrics, and retained some upside to improving oil prices all at the same time. Because of that, ConocoPhillips is in an even stronger position to create value for investors in the years ahead.