Unfortunately, high-yield stocks have become a high-risk area for investors over the past several years. Due to low interest rates, investors have become so hungry for yield that they've gobbled up almost anything that pays a high rate, which has pushed valuations up and yields down. Meanwhile, the thirst for yield has caused income-focused companies to do whatever it takes to satiate that desire, sometimes taking on elevated levels of risk to pay at a compelling level, which has often led to disastrous results.

That said, not every high-yield stock is a disaster waiting to happen. Two that stand out as having the ability to not only sustain but likely grow their payouts are Buckeye Partners (NYSE:BPL) and Brookfield Property Partners (NASDAQ:BPY), which both currently offer yields well in excess of 5%. 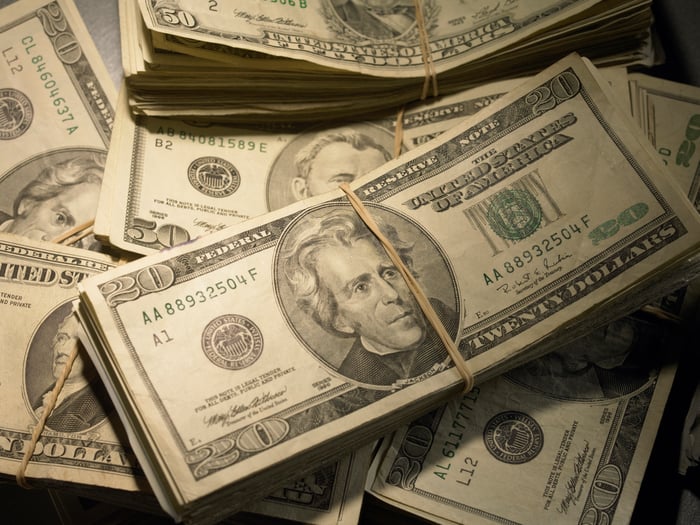 Oil baron John D. Rockefeller famously quipped that the only thing that gave him pleasure was to see his dividends coming in. Because of that, he'd likely be enamored with the dividend dynamo that Buckeye Partners has become. Once part of his Standard Oil Company, Buckeye has since grown into a leading global terminal and pipeline company that pays a pretty generous 7.25% distribution.

Fueling that high yield is the fact that Buckeye Partners' storage and pipeline assets generate very predictable cash flow, with 95% coming from stable fees. Thanks to its relatively low maintenance costs, the company doesn't have much need for that money, enabling it to distribute about 90% of it back to investors.

That said, Buckeye isn't just a glorified bond, because it has the ability to increase its payout. Fueling that growth is a combination of retained cash flow, which it supplements with outside capital from the debt and equity markets to build and buy additional cash flow-generating assets. While relying on the capital markets does increase its risk, Buckeye has a relatively low leverage ratio of 4.1 times debt to adjusted EBITDA, which supports an investment-grade credit rating. In fact, thanks to a recent acquisition and growth projects entering service, Buckeye expects to increase its distribution every quarter this year. Given its outlook, the payout should increase by about 4% over last year's rate, which is roughly in line with the 4.2% increase it delivered over the course of 2016. Needless to say, Buckeye is the type of stock that John D. Rockefeller would love to own. 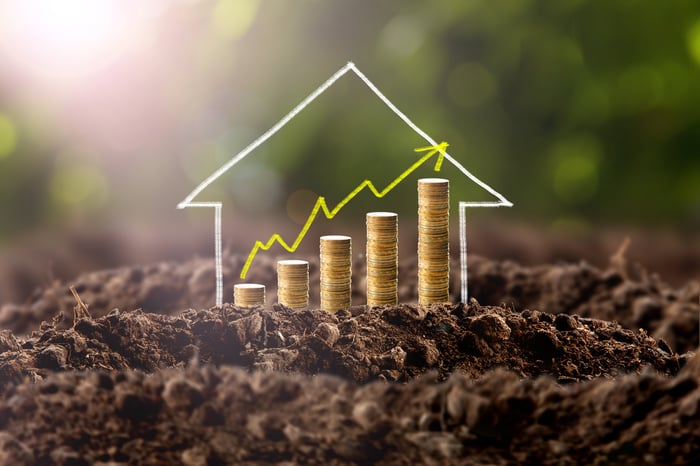 Be a lazy landlord

Global real estate giant Brookfield Property Partners shares one key similarity with Buckeye: It also generates relatively stable cash flow by leasing out space in its properties under long-term contracts. Overall, it has 92% of its core office portfolio leased, with an average remaining term of eight years, while rental agreements support a 96.5% occupancy rate at its retail properties. These contracts generate a growing stream of cash flow, 80% of which Brookfield Property Partners sends back to investors via a distribution that currently yields 5.34%.

Brookfield Property Partners retains a bit more of its cash flow so that it has the funds for redevelopment projects to improve its properties and charge higher rents. Meanwhile, the company leverages its investment-grade credit to source outside capital, which it uses to build and buy new properties. As a result of the embedded lease rate growth of its portfolio and development projects under way, Brookfield expects its earnings to rise 8% to 11% annually over the next five years. That growth positions the company to increase its distribution by 5% to 8% annually over that same time frame. It's what makes Brookfield Property Partners the lazy way to be a rent-collecting landlord.

Buckeye Partners and Brookfield Property Partners offer investors a reasonably low-risk way to collect a relatively high yield. Fueling that dynamic combination is their solid financials, consisting of stable cash flow-generating assets, strong balance sheets, and conservative payout ratios. However, what sends these two over the top, in my opinion, is that they have the clear ability to grow their already healthy payouts, which means investors can sit back and watch a growing stream of dividends coming into their account.