Please ensure Javascript is enabled for purposes of website accessibility
Log In Help Join The Motley Fool
Free Article Join Over 1 Million Premium Members And Get More In-Depth Stock Guidance and Research
By Keith Noonan, Dan Caplinger, and Jason Hall - Mar 31, 2017 at 7:04AM

These three investments could help build your children's financial future and get them interested in investing.

Buying stocks for your kids can be a great way to teach them about investing and get them an early start on building their financial futures. But which to buy? Our panel of writers has identified two top stocks and a top exchange-traded fund for budding investors. Read on to learn why Walt Disney (DIS -2.06%), the Vanguard S&P 500 ETF (VOO -1.38%), and Activision Blizzard (ATVI -0.21%) made the list.

Stick with a childhood favorite

Dan Caplinger (Walt Disney): When you want to buy a stock for your kids, you need to look at it from two points of view. First, you want a stock that's most likely to provide good long-term returns, because you want to give your child a positive investing experience from the start while taking maximum advantage of the time your child has to watch even modest amounts of money grow. Second, you want a company with which your child is familiar, because that way, the connection between a stock and the business that the company does will be clear. 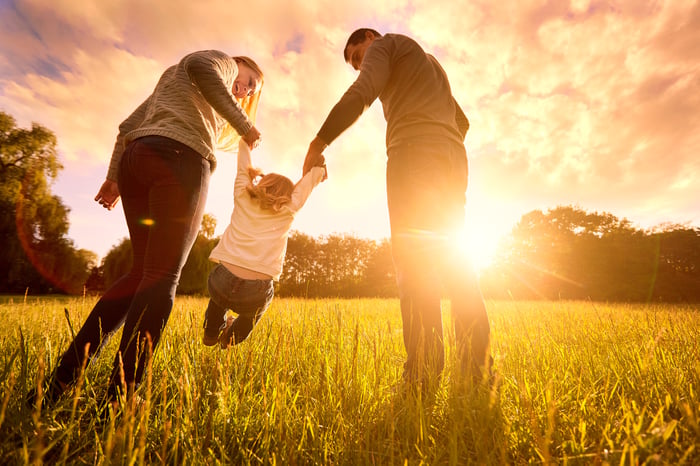 Disney makes a great choice by these measures for a number of reasons. Children of all ages are quite familiar with Disney's offerings, but they might not realize just how extensive the entertainment giant's empire is. Offerings like the Disney Channel and Disney theme parks carry the corporate name and are thus obvious draws, but many kids don't realize that networks like ESPN and movie franchises like Marvel, Pixar, and Lucasfilm are actually Disney properties. This extensive group of content-producing businesses gives Disney much of its long-term value, and popular entertainment franchises are only likely to grow in the years to come. If you want to start your child's portfolio on the right foot, Disney makes a great choice to achieve both solid returns and the educational value of investing in companies with which your child will be quite familiar.

The leader in a popular space

Keith Noonan (Activision Blizzard): Like Dan, I subscribe to the idea that buying strong companies that your kids have a connection with is a good way to introduce them to the world of investing. With those qualities in mind, I think that Activision Blizzard would make a great starter stock.

Video games are more popular than ever, and Activision Blizzard's leading position in the space means that it's a stock that has the potential to grow along with your kids' interest in investing. Between Skylanders, Candy Crush Saga, and Hearthstone, the company has a wide range of franchises that are popular with children, and it also produces titles geared toward older audiences, so there's a good chance that your kids will have some familiarity with the company's franchises regardless of what age group they're in -- and that they'll maintain a connection with its products as they get older.

No video game software company has a more potent catalog of franchises than Activision Blizzard, and the publisher's strong track record of quality and innovation combined with the strength of its properties points to big things down the line. The company is also benefiting from an industry trend that sees more consumers purchasing games directly from publishers through digital downloads, and it looks poised to be a leader in emerging categories like virtual reality and e-sports.

With strong growth prospects and a relatable line of products, Activision Blizzard looks like a great stock to buy for your kids.

Instead of just one, buy several hundred

For this reason, a lot of articles like this tend to focus on "kid-friendly" companies, often toymakers, entertainment purveyors, or consumer brands with which children can identify. If a kid owns part of a company he's familiar with, it will make investing more fun and attainable, right?

The downside, of course, is a bad choice -- or just bad timing -- can lead to losses that can take years to recover, raining all over your "Let's learn about making money with stocks!" parade. Furthermore, kids can lose interest in a brand quickly, and if the kid doesn't care about the toy or the clothing maker anymore, they may lose interest in the stock. For these reasons, more parents should at least consider buying shares of the Vanguard S&P 500 ETF instead.

It may not be as exciting as an individual stock, but instead of the occasional "Hey, you own part of the company that makes that thing!" moment, owning a piece of the S&P 500 will give you almost constant opportunities to teach how investing in stocks is ownership of real companies that make products and provide services. It's also a solid long-term investment, averaging nearly 10% per year in annualized returns.

If you're unsure of which stock to buy, or concerned your kid may lose interest in a single company, give the S&P 500 index a shot.