These stocks lagged the broader market today. Here's what happened.

The stock market was mixed on Friday as investors mulled the end of a strong first quarter of 2017. The Dow Jones Industrial Average declined 65 points today, or 0.3%, leaving the widely followed index up 4.6% for the quarter. The S&P 500 declined by a similar margin, bringing its first-quarter return to 5.5%, and the Nasdaq closed roughly even today to end up 9.8% over the past three months. 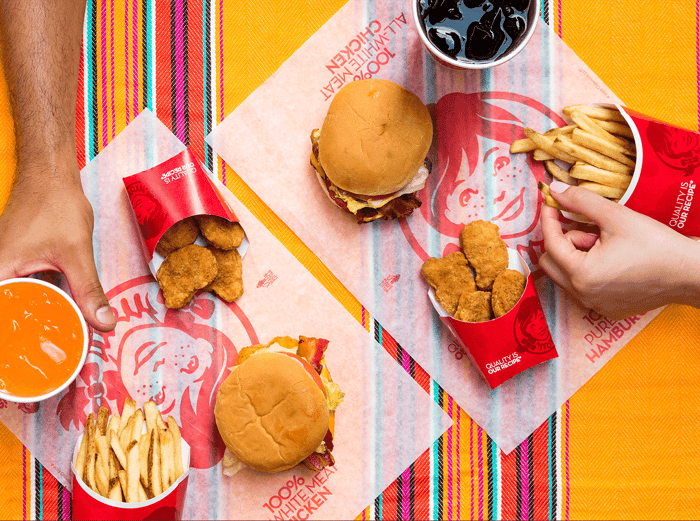 Is Wendy's differentiation in danger?

Shares of Wendy's declined as much as 1% today, but partially recovered to close down just 0.5% after archrival McDonald's (MCD -1.70%) announced plans to use fresh beef in all Quarter Pounder burgers at the majority of its restaurants by mid-2018.

It may have helped that Wendy's was quick to reply to McDonald's announcement on social media:

.@McDonalds So you’ll still use frozen beef in MOST of your burgers in ALL of your restaurants? Asking for a friend.

But considering Wendy's "Fresh, never frozen" tag line, this is a clear threat to its efforts to differentiate its wares from the competition. And if McDonald's finds success with this limited introduction of fresh beef into its repertoire, it could always expand the initiative and take market share going forward.

Shares of Rent-A-Center declined 4.6% after the rent-to-own operator announced its Acceptance Now division will not renew its referral agreement with Conn Appliances. When the agreement expires at the close of business on June 6, 2017, all 115 ANow kiosks located inside Conn's stores will cease operations.

Rent-A-Center explained that the "quality and performance of ANow customer accounts originating from Conns stores [...] consistently underperformed compared to the rest of its ANow portfolio in terms of delinquencies, losses and product returns." Rent-A-Center also elaborated that Conn's company-specific credit policies negatively impacted the quality of ANow customer accounts originating from its stores.

Of course, this will mean losing a steady source of revenue for Rent-A-Center's Acceptance Now business. But it's seldom a good idea to chase such revenue if it comes at the expense of profitability. And going forward, Rent-A-Center anticipates the closures will immediately improve cash flow and return on investment for the ANow business.

Finally, Corning stock fell 2% today after Citi analyst Stanley Kovler downgraded shares of the glass technologist to neutral from buy. Curiously, Kovler also increased his per-share price target on Corning to $29 from $28 -- a roughly 7% premium to its closing price on Friday.

To explain his caution, Kovler argued that Corning's current valuation is "appropriate" given limited upside to expected earnings in 2018 -- an unsurprising assertion with shares up nearly 30% over the past year. He also noted that while Corning's near-term catalysts remain intact -- including strong demand for LCD glass from its core display technologies segment -- the expected inclusion of Corning's popular Gorilla Glass product in the upcoming iPhone 8 is "well reflected in estimates."