Please ensure Javascript is enabled for purposes of website accessibility
Log In Help Join The Motley Fool
Free Article Join Over 1 Million Premium Members And Get More In-Depth Stock Guidance and Research
By Ashraf Eassa - Mar 31, 2017 at 10:30AM

After new disclosures from this contract chip giant, this rumor around NVIDIA's next graphics architecture simply doesn't make sense.

For a while now, it has been rumored that NVIDIA's (NVDA -4.20%) next-generation graphics processor family, currently known by the code-name Volta, will be manufactured in a technology referred to as 12-nanometer.

This 12-nanometer technology was, for a long time, rumored to be a performance-enhanced version of the 16-nanometer+ technology that's currently used to build most of NVIDIA's Pascal architecture products. 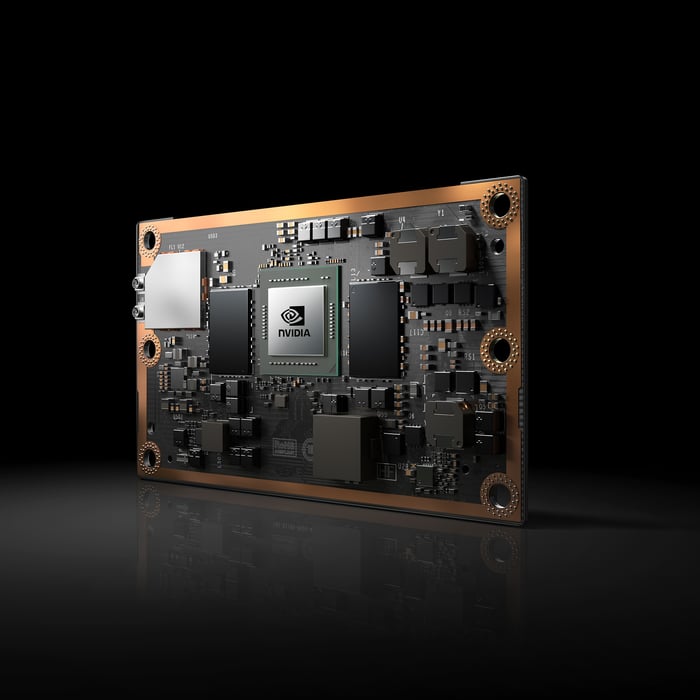 However, following recent disclosures from Taiwan Semiconductor Manufacturing Company (TSM -5.81%) -- NVIDIA's primary manufacturing partner for its Pascal-based products -- it's starting to look less likely that this rumor is true. Here's why.

What TSMC had to say about its 12-nanometer tech

According to the blog, TSMC is targeting its 20-nanometer, 16-nanometer FinFET+, 10-nanometer, 7-nanometer, and 7-nanometer+ technologies at the "high-end smartphone, [high performance computing], automotive, [and] games" markets.

In contrast, TSMC's 12-nanometer tech (which is referred to as 12-nanometer FFC, or "FinFET Compact") is aimed at "mainstream smartphone and automotive" applications.

Narrowing down the choices

With these disclosures in mind, there are only a few manufacturing technology options that make sense for NVIDIA's Volta family of graphics processors. The first would be TSMC's tried-and-true 16-nanometer FinFET+ technology -- perhaps with some modest performance enhancements.

That's, not surprisingly, the technology that early rumors originally called for Volta to be manufactured on.

The next option would be TSMC's 10-nanometer technology. This is widely considered to be a stop-gap technology on the path to TSMC's superior 7-nanometer technology (which TSMC expects to have a relatively long life in the marketplace). While it's possible that NVIDIA may adopt this technology for Volta, I think that this is the less likely option.

Although it's tempting to view 7-nanometer as an option for Volta, I think we can safely count it out. The technology is expected to begin its production ramp in the first half of 2018. The initial customers for new TSMC manufacturing technologies tend to be the high-end mobile chip makers (think iPhone), so if 7-nanometer is shipping in high volumes for top mobile customers in the second half of 2018, then NVIDIA likely isn't going to use it to build graphics processors until the 2019 time frame.

Since it's highly unlikely that NVIDIA will wait until 2019 to launch the first Volta-architecture based products, 7-nanometer technology is out of the running.

It's probably an enhanced 16-nanometer variant

At the end of the day, I'd expect Volta to be built on some variant of TSMC's 16-nanometer FinFET+ technology. I wouldn't be surprised to see TSMC build a "specialized" derivative/enhancement of 16-nanometer FinFET+ in support of Volta (NVIDIA is an important customer playing in a hot-enough segment to potentially justify this), but I don't think 12-nanometer FFC, 10-nanometer, or 7-nanometer are viable options.