The trend towards premiumization makes these three distillers a buy this year.

Candy might be dandy, but for sweet profits, liquor is definitely quicker. The biggest confectioners enjoy net profit margins that barely break out of the single-digit range, while comparable leading distillers are more than double that. 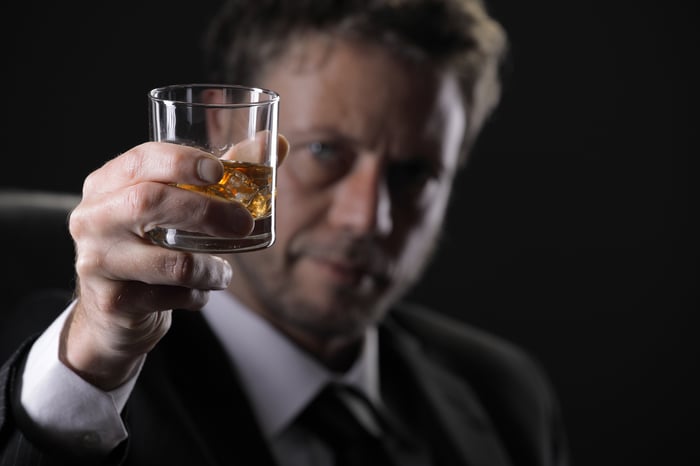 According to the Distilled Spirits Council of the U.S., American whiskey sales have never been stronger, as bourbon, Tennessee whiskey, and rye jumped 8% last year to $3.1 billion. Volumes were also higher, rising 6.8% to 21.8 million cases, driven mostly by higher export volumes, which jumped more than 10% in 2016.

Brown-Forman played a leading role in those gains, as its Jack Daniel's family of whiskey continued to push sales higher here at home as well as abroad. In its fiscal 2017 third-quarter earnings report, the distiller said year-to-date underlying net sales in the U.S. were up 4% as Tennessee Whiskey, Tennessee Honey, and Gentleman Jack all saw increases, with 3% gains in developed markets and 5% growth in emerging markets. It's looking for underlying net sales to grow 3% to 4% for the full year across its portfolio, leading to increases in operating income of 5% to 7%. 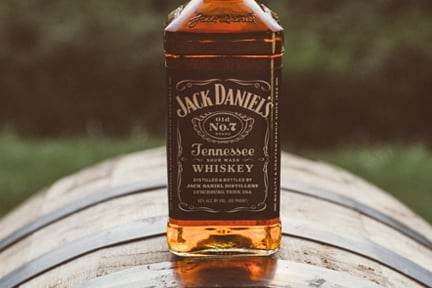 The introduction of new flavors has helped spark renewed interest in the "browns" category, but in Brown-Forman's Jack Daniel's in particular. Its honey-flavored Tennessee Honey has maintained strong growth since its introduction, with volumes 5% higher in the period, while its cinnamon-spiked Tennessee Fire continues to challenge industry leader Fireball with double-digit net sales growth as Brown-Forman continued its international rollout.

While the new appreciation for whiskey has led to the creation of a cottage industry in craft distillers, similar to what happened in the beer market several decades ago, there's plenty of room from the old-line distillers to grow, and Brown-Forman will continue to capitalize on its leading position.

While Constellation Brands derives more than half of its consolidated revenue from beer sales, which brought in over $3.3 billion through the first nine months of its fiscal year, it has a nearly equally robust wine and spirits portfolio that generated almost $2.4 billion in sales from wine brands including Almaden, Robert Mondavi, and Ruffino, as well as spirits such as Svedka vodka and Black Velvet Canadian whisky (yes, it's spelled differently).

The first real spark of growth Constellation enjoyed was acquiring the full U.S. rights to Grupo Modelo's Corona, Modelo, and Pacifico beers when it acquired Crown Imports from Anheuser-Busch InBev (BUD -1.69%) in 2013. It followed that up in 2015 with the acquisition of regional craft brewer Ballast Point Brewing, for which it paid $1 billion, but has seen transform into the fastest-growing craft beer in the country.

The wine and spirits portfolio has offered Constellation a more measured, stable kind of growth, and over the first three quarters of fiscal 2017, sales have expanded by 4% year over year.

However, Constellation sold off its Canadian wine business and bought the Obregon brewery in Mexico, as well as Charles Smith Wines and High West Distillery to jump on U.S. market trends toward high-end wines and spirits. It will be changing consumer preference for the premium brands in its portfolio that will be the straw that stirs Constellation's drink.

Diageo is another adult beverage distributor with a deep bench of brands stretching across spirits and beer. Among its top-shelf names are Johnnie Walker Scotch whisky, Smirnoff vodka, Captain Morgan rum, Baileys liqueur, Tanqueray gin, and Guinness beer. At some point or another you've likely tasted at least one of them, possibly all of them (though hopefully not at the same time).

Revenue across the first six months of its fiscal year grew 14.5%, though a lot of that gain was the result of currency fluctuations that saw the U.K.'s Brexit vote wallop the British pound. Still, organic revenue grew over 4% for the period as volumes increased 1.8% helping it generate free cash flow in excess of 1 billion pounds, or about $1.2 billion at current exchange rates 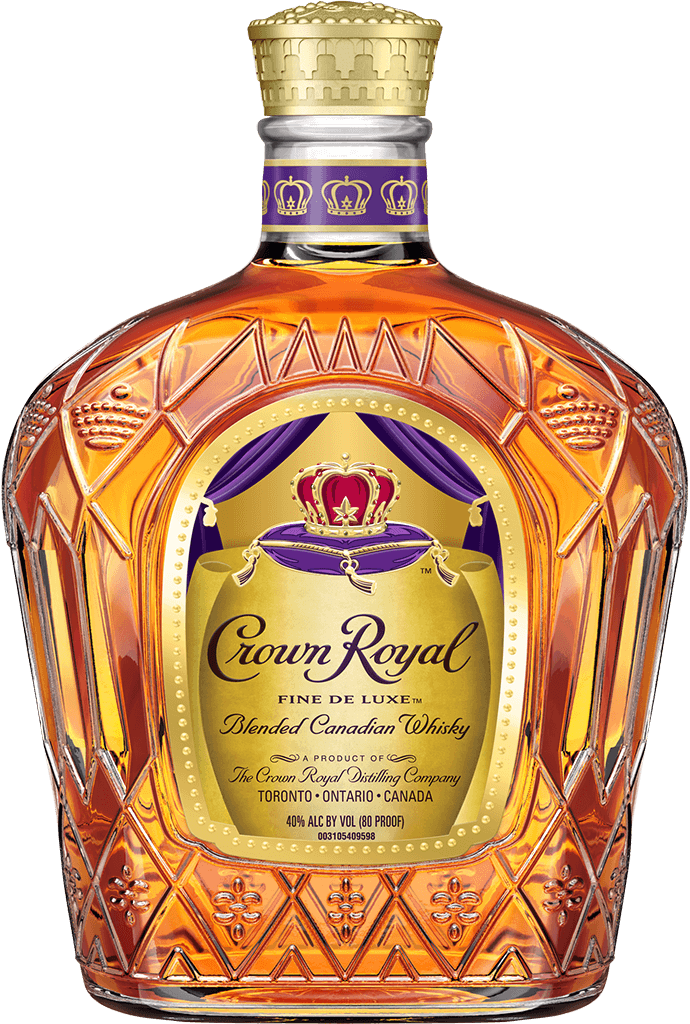 Like the other distillers, Diageo was able to capitalize on the popularity of the twin trends toward whiskey and premiumization with net sales in North America growing 15% as Crown Royal whiskey and Bulleit bourbon continued to gain market share. Its Johnnie Walker brand also grew 9% in the quarter.

Diageo notes the drive toward premium spirits in international markets is being "driven by growth in both populations and incomes," and it plans to increase the penetration of such brands in emerging markets as well.

There's no question Diego's stock is also premium-priced, but as one of the leaders across all spirits and enjoying the growth rates it has, that's to be expected. That doesn't mean it can't continue to gain, however, and with a new premium Irish whiskey set to launch called Roe & Co. that seeks to challenge Jameson, there may be a new spirit we'll be raising our glasses to toast.