Amazon's international losses are mounting. Will its latest acquisition help it turn the quarter?

Amazon.com (AMZN -8.43%) dove into the Middle Eastern market for the first time ever this week.

The e-commerce giant said it would acquire Souq.com, the largest online platform in the Arab world with 8.4 million unique products for sale and operations in Saudi Arabia, the United Arab Emirates, and Egypt.

Terms of the deal were not disclosed, though TechCrunch reported the price tag at $650 million, below the $1 billion Souq.com was valued at in its last funding round. Amazon said it expected the deal to close by the end of the year. 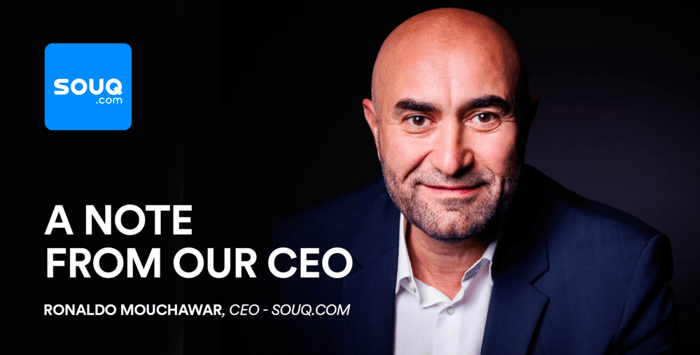 Souq is the latest in a long history of mostly successful acquisitions for Amazon. Among the other online retailers Amazon has taken over are the popular shoe seller Zappos and Diapers.com-parent Quidsi, where Amazon just announced it was laying off hundreds of employees. Another notable move was the company's purchase of Kiva Systems, which makes robots that move shelves and has helped boost efficiency in its warehouses.

While Amazon's acquisition strategy has helped consolidate its lead in e-commerce and drive growth in other areas like cloud computing, video streaming, and audio books, the company's results in international markets have been less impressive.

In 2016, Amazon post an operating loss of nearly $1.3 billion outside North America, and that loss nearly doubled from the year before. At $44 billion in revenue, Amazon's international segment is about half the size of its North American division. Over the last three years, international growth has also significantly lagged growth in its home market, even when the effects of a stronger dollar are stripped out. During those three years, Amazon has also suffered a total operating loss abroad of more than $2.6 billion.

Amazon has been operating outside North America for nearly 20 years, but even for a company whose mantra is "long-term," investors would be remiss if they didn't question whether the company's international segment will ever generate profits.

While plenty of American companies have found success and billions in profits abroad, including tech giants like Apple and Alphabet, it's been tougher going for retailers. Target recently abandoned its Canadian operations; several retailers, including Home Depot, have pulled out of China, and even Wal-Mart (WMT -1.33%), with subsidiaries in major international markets like the UK, China, Brazil, and Mexico, has struggled at times to replicate its success at home as operating margins are thinner outside the US. About a quarter of Wal-Mart's revenue comes from abroad.

For retailers, entering foreign markets means massive investments in real estate and supply chain infrastructure. Even an e-commerce company like Amazon still needs a network of fulfillment centers to serve its overseas customers. It has over 100 such warehouses in the US, which have allowed it to offer services like Prime Now and Amazon Fresh, but matching that density abroad won't be easy. The company's competitive advantage often lies in the fast delivery that its Prime membership program offers, which helps explain why it's profitable in North America but not internationally.

Amazon has stepped up its focus on foreign markets. After losing out to Alibaba in China, the company has pledged $5 billion in investments in India, challenging local companies like Flipkart and Snapdeal, as well as Alibaba. It also recently made Prime Video global, offering rock-bottom prices in markets like India and undercutting Netflix in the process. However, in the vast majority of those countries where its video streaming service is now offered, the two-day delivery that Americans associate with Prime is not available.

Will the Souq deal pay off?

Buying the biggest e-commerce company in the Middle East seems like a smart move, and will certainly accelerate Amazon's growth in that corner of the world. But investors need to be mindful that Amazon is in a much earlier stage of development abroad than it is in the US. The company is still making investments to drive growth, and seems less concerned with profits. While Prime has reached a penetration rate of about 50% of US households, that rate is much lower overseas.

It's unclear at this point if Amazon will ever be consistently profitable in the international segment. A weaker dollar would help, but the company also faces a number of challenges unique to the international market including infrastructure, different cultures and regulations, and local competition.

With Souq joining its portfolio, expect Amazon's international revenue growth to continue, but profits will likely remain absent for the foreseeable future, as the company's scale overseas is still far from what it is at home.