Please ensure Javascript is enabled for purposes of website accessibility
Log In Help Join The Motley Fool
Free Article Join Over 1 Million Premium Members And Get More In-Depth Stock Guidance and Research
By Morris Pearl - Apr 3, 2017 at 7:27AM

Western Alliance Bancorporation is more profitable, is growing faster, and has more room to grow than its larger competitors.

Western Alliance Bancorporation (WAL -0.25%) has $17 billion in assets and is the 74th largest bank in the United States. It does not (yet) get much attention from Wall Street, so it can be an opportunity for regular investors.

It operates primarily in California, Nevada, and Arizona, and is a leader in multiple niche markets:

The point of being in these businesses (and others) is that they involve complicated, custom deals that don't fit into cookie-cutter loans from the big banks. And Western Alliance has the added advantage of being small enough that there are few people between a businessperson who needs money and senior executives who can decide to approve a loan, thereby attracting businesses that value high-quality service. 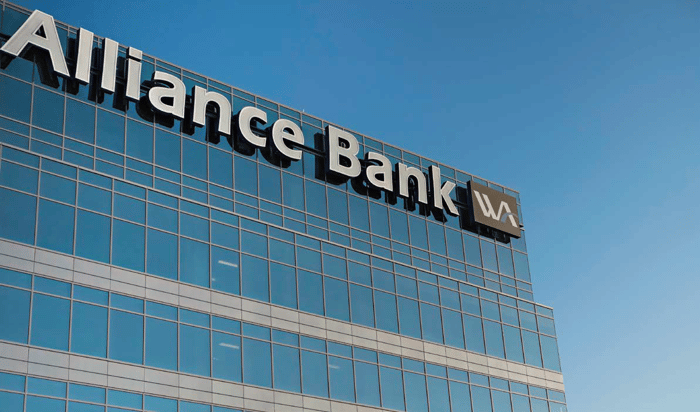 The principal risk a bank faces is lending money out that isn't paid back. The good news is that Western Alliance has lower charge-offs than other banks.

Over the course of the last year, the bank charged off only 0.02% of its loans -- one-fifth the rate of similar banks (0.10%). The lower charge-off rate helps explain why Western Alliance has higher earnings as a percentage of its assets (1.61%) than other banks in its peer group (1.02%). That translates into a 14.7% return on equity versus 8.39% for its peer group.

Western Alliance also has a higher net interest margin (4.58%) than its peer institutions (3.55%). That's akin to a manufacturing company selling its wares at a 29% higher price than its competitors can.

While Western Alliance is not particularly cheap -- it has been trading around 20 times earnings, and over 2.8 times book value -- its profitability and growth easily justify that valuation. The mean analyst expectation is for earnings to rise over 14% annually, and the last full year actually came in at more than 23% over the previous year.

Western Alliance is so much smaller than the giants of the industry that it has the capacity to continue the fast growth it has demonstrated over the past few years. That fast growth, together with its high profitability, will drive the stock price higher over the coming years.