Please ensure Javascript is enabled for purposes of website accessibility
Log In Help Join The Motley Fool
Free Article Join Over 1 Million Premium Members And Get More In-Depth Stock Guidance and Research
By Rick Munarriz - Apr 3, 2017 at 8:07AM

Snapchat's parent just closed out its first trading week of not posting a double-digit-percentage stock move. But it's still a volatile internet investment.

It's not fair to dismiss last week as a mere 0.9% decline. There was some initial volatility. Snap stock moved 5% higher on Monday, when many of the underwriters who helped take the dot-com darling public chimed in with bullish market calls. The stock tumbled 7% on Tuesday after Facebook (META 7.19%) introduced a few Snapchat-like features to its leading social-networking platform. The shares then meandered to close out the week, but it wasn't exactly a quiet string of days.

But even though Snap stock turned in its first week of ho-hum results, it wasn't a boring week. Speculators know that going in and out, and investors are figuring it out along the way. 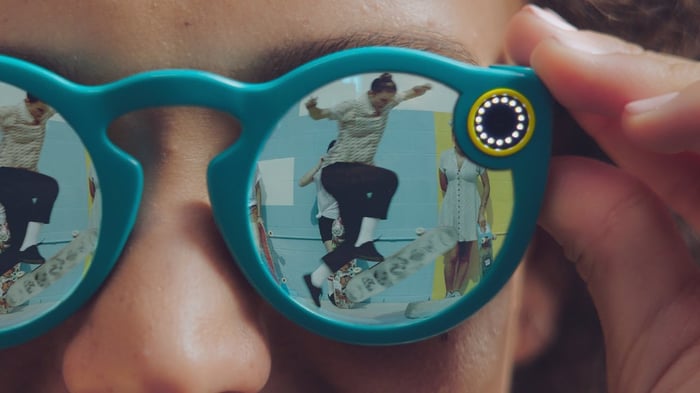 Into the great big unknown

Yesterday marked one month since Snap hit the market, and it's hard to decide whether it's the bears or bulls who have won. The scorecard may show that the bulls are ahead. The stock went public at $17 on March 2, and it's trading 33% higher a month later.

However, most individual investors didn't get a shot at buying the stock at $17. Underwriters handed off those shares to top clients and institutional investors. The stock opened at $24 on its first day of trading, and that starting line gives a 6% decline.

Snap stock was never going to be dull. The rhythmic nature of the past week and change of trading shouldn't lull investors into the illusion of complacency, because the shares will rock. Things may seem quiet now, and the wave of analyst initiations is practically done, but Snap's first quarterly report as a public company is several weeks away, and until then, investors will fret about whether Facebook's new in-app camera and other features will hit close to home. The market may also worry about the stock's valuation.

The bottom line is that Snap will never stand still, even when there aren't a lot of things moving. Most weeks won't be like its first four on the market, but Snap stock will remain volatile. Investors may or may not like that, but it's the reason so many speculators are here.