Despite efforts to diversify, Chipotle's domestic burrito chain continues to be the source of nearly all its profits.

Founded in 1993, Chipotle Mexican Grill, Inc. (CMG 0.47%) has done more with the burrito than any other company in modern history.

The fast-casual chain has grown to more than 2,000 locations worldwide, and revenue topped more than $4.5 billion in 2015. Before the E. coli crisis hit the company, it was valued at more than $23 billion.

The formula behind Chipotle's restaurants has been undeniably successful: Serve tasty food made with high-quality ingredients, cooked with classic cooking techniques, in an assembly-line fashion that allows customers to customize their orders to their liking. That format has been widely imitated by smaller chains, and Chipotle, along with Panera Bread, deserves much of the credit for spawning the fast-casual movement that has taken the restaurant industry by storm. 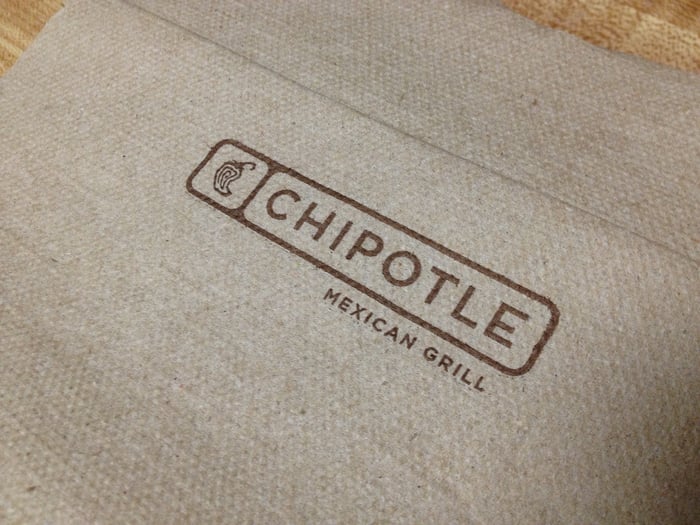 But Chipotle, like many other restaurant companies, has sought to diversify away from its namesake chain, primarily to allow for increased growth in penetration, as there is a natural cap on the number of the Chipotles it can open in the U.S. Management has also said repeatedly that it believes the Chipotle model of service would work well with other types of cuisine.

In 2011, the company launched ShopHouse, a concept similar to Chipotle but with Southeast Asian cuisine like curry and noodles instead of Mexican food. Though management expanded the chain to 15 locations, it announced last year that it would no longer invest in it, as the unit economics just weren't paying off. The company has since closed all ShopHouse locations.

The next concept the company experimented with was Pizzeria Locale, a fast-casual pizza chain. Unlike ShopHouse, Pizzeria Locale was discovered by Chipotle founder Steve Ells when it had just one location, and Chipotle subsequently became an investor in the concept. Today, Chipotle is a majority owner of seven Pizzeria Locale locations across four states.

Last October, it launched a burger chain, Tasty Made, in Ohio, though the company has made little comment on it since then. Following the demise of ShopHouse, however, anticipation about its other concepts reaching scale has been muted, especially as the food-safety setback at Chipotle has occupied management.

The burrito chain has also looked outside of the U.S. for growth, but that has also been slow to take hold as it has just 29 restaurants abroad, barely 1% of the company's total. Seventeen of those are in Canada. Unlike global fast-food staples like burgers and pizza, burritos and other Mexican foods are less well-known outside the U.S., making international expansion a tougher sell for Chipotle.

Therefore, despite the company's efforts to expand the business through new concepts and international growth, the vast majority of Chipotle's sales and profits come from the company's U.S. Chipotle locations, and it will remain that way for the foreseeable future.

What about the food?

Though a foil-wrapped burrito has come to symbolize Chipotle, the burrito is actually not the No. 1 item on the menu; burrito bowls, which offer the same ingredients as a burrito minus the tortilla, are actually more popular. Of the protein choices, chicken is the favorite, and most customers tend to opt for black beans over pinto beans. Pico de gallo, the mild salsa, is the top pick of the four salsas. Guacamole is also a popular choice, and has been the source of many of the company's recent giveaways and rewards.

Still, the customizable nature of the menu means that no single component is responsible for the majority of sales. The company added chorizo last year as its fifth meat option, but has made few changes to the menu in its history. That consistency has helped drive Chipotle's success and separated it from traditional fast-food chains that are constantly hawking limited-time offers.

Chipotle envisions eventually having 5,000 to 10,000 locations in the U.S., so diversifying with restaurants abroad or a new concept at home is not necessary for it to continue to grow. But diversification would give investors another revenue stream to look forward to -- and some solace, should the brand experience another crisis like the E. coli outbreak.