Please ensure Javascript is enabled for purposes of website accessibility
Log In Help Join The Motley Fool
Free Article Join Over 1 Million Premium Members And Get More In-Depth Stock Guidance and Research
By Ashraf Eassa - Apr 5, 2017 at 9:45AM

This Fool goes over a couple of things you might want to know about this rumored new Apple supplier.

This fall, Apple (AAPL 0.00%) is expected to launch three new iPhones, one of which will be a premium variant with an organic light-emitting diode, or OLED, display. In addition to the OLED display -- which promises to deliver better image quality than the liquid crystal displays, or LCDs, that Apple currently uses -- the premium iPhone is expected to pack 3D sensing technology, which DigiTimes says will "enable augmented reality and virtual reality," citing "industry sources."

An expected key beneficiary of the inclusion of this 3D sensing technology, according to DigiTimes, is a company called Lumentum (LITE 0.12%). 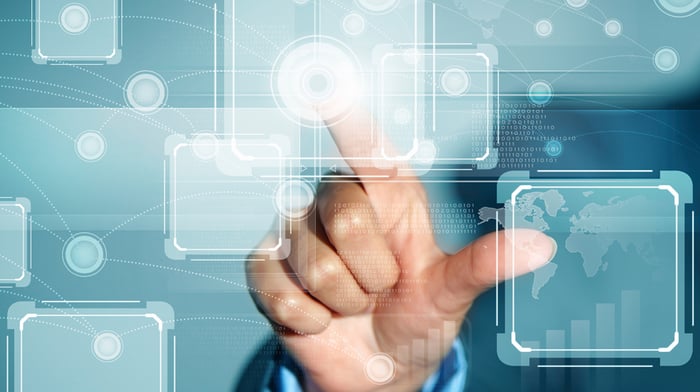 Lumentum isn't a stock that has previously come up with respect to Apple supply-chain rumors and tear-downs. However, if the reports are correct that it will be providing a key technology in Apple's next flagship device, then anybody interested in Apple supplier stocks should know a thing or two about the company.

Let's go over three basic facts about Lumentum that investors ought to know.

What does Lumentum do?

In Lumentum's most recent form 10-K filing, the company says it's a "leading provider of optical and photonic products addressing a range of end-market applications," including data communications and telecommunications networking and commercial lasers "for manufacturing, inspection, and life-sciences applications."

Telecom-related revenue made up 61.5% of the company's sales in its most recent fiscal year, with data communications coming in at 18.1%, consumer and industrial hitting just 4.7%, and lasers making up 15.7%.

At first glance, it doesn't seem as though this is the kind of company that would be involved in supplying components for Apple's iPhone. However, this sentence makes it clearer (the bolded portion is mine):

In addition, we are using our core optical and photonic technology and our volume manufacturing capability to extend into emerging markets that benefit from advantages that optical or photonics-based solutions provide, including 3D sensing for consumer electronics and diode light sources for a variety of consumer and industrial applications.

Lumentum later goes on to explain that "consumer solutions containing [its] 3D sensing lasers employ [its] laser technology in mobile, computing, industrial, and automotive applications," noting that its 3D sensing systems "simplify the way people interact with technology and were first used in applications for gaming platforms."

Sounds good, but what exactly do these 3D sensing products do? Lumentum explained further in its 10-K filing, saying that this technology allows for "the use of natural body gestures, like the wave of a hand, to control a product or application."

That works out to a compound annual growth rate of just 5.54%.

The good news is that in its most recent fiscal year, it posted an operating profit of $11.5 million. An operating margin of less than 1.3% isn't stellar, but in fairness, it's better than loss.

In its form 10-K filing, Lumentum gave a list of customers that made up more than 10% of its consolidated revenue in its most recent fiscal year. Huawei and Ciena each made up 17.1% of the company's fiscal 2016 sales, while Cisco Systems contributed 13% of Lumentum's total revenue that year.

Perhaps if Apple truly is planning to use Lumentum components in the upcoming premium iPhone, which Apple appears to be very bullish on, Apple may soon rise to become one of Lumentum's top customers, if not its top one.