While the deal is just a drop in the bucket, it hints at two important growth opportunities for the infrastructure company.

Earlier this year, Brookfield Infrastructure Partners (BIP -0.10%) revealed that it was about to close the acquisition of a water irrigation system in Peru for about $15 million. When I read about it in a press release, I couldn't believe that the company would highlight such a small deal. It was pocket change compared to its other investments, including a pending $1.3 billion deal to buy a stake in a natural gas transmission business in Brazil. However, the fact that Brookfield shined a spotlight on such a small deal suggests that it sees big things ahead for both investing in Peru and water infrastructure.

Putting Peru on the investing map

Peru isn't usually on the radar for investors. However, Brookfield Infrastructure Partners has started to make inroads into the country due to the growth it sees on the horizon. Last year, for example, it established its operating presence in the South American nation after investing $130 million in acquiring a stake in a portfolio of urban toll roads near the capital city of Lima. These roads operate under a 30-year concession and generate stable cash flow, making them a perfect fit for the company's portfolio. 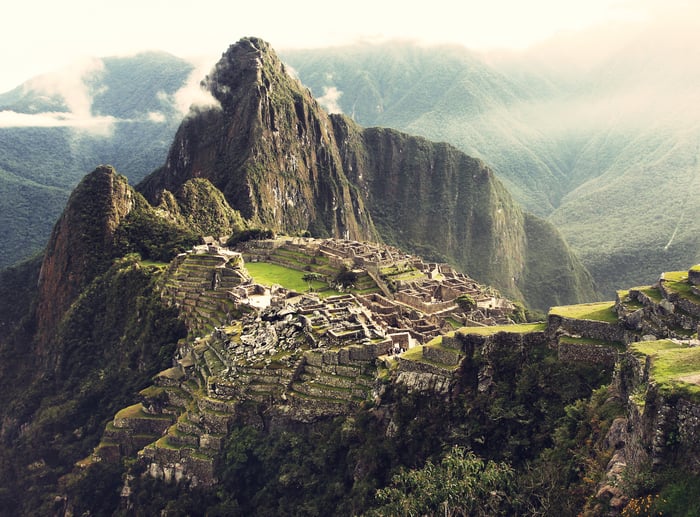 That said, the stable cash flow is only one of the driving forces behind this investment. The other is that it positions the company to take advantage of growth opportunities it sees in the country. According to CEO Sam Pollock, "The Peruvian economy, which is one of the most robust in Latin America, has experienced strong GDP growth leading to 12% compounded growth in this business in the past decade." Lima, in particular, has experienced significant growth in recent years. However, it hasn't attracted the investment capital to keep up with that growth. Because of this, the company has already identified further expansion projects that should supply attractive returns.

Likewise, Brookfield sees its acquired water business as a compelling opportunity to put capital to work in Peru. While the company noted that it's modest in size, Brookfield can earn good returns because it's a high-quality business acquired at a good value given the lack of competition from other investors. This wide-open playing field suggests that Brookfield could have several opportunities to expand its Peruvian footprint in the years ahead. 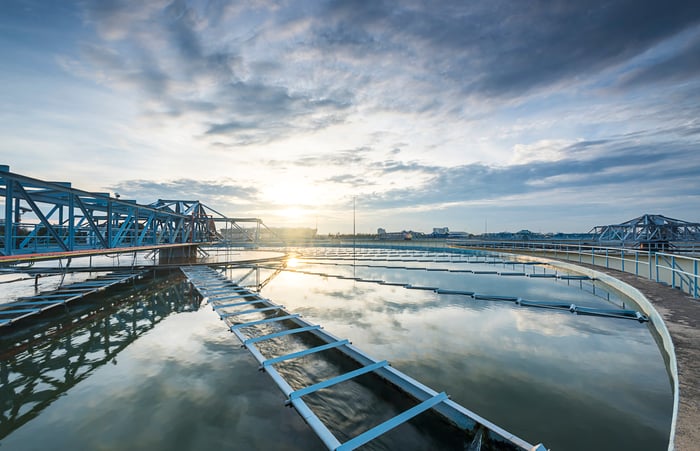 Water: The next big growth business

The other noteworthy aspect of this deal is that it was for a water-focused business, which is something Brookfield has been quietly concentrating on over the past few years. In discussing its view on water in last quarter's conference call, Pollock said, "The water sector is something we've talked about for a number of years as one that we think on a long-term basis is going to grow considerably faster than most of the other sectors. It's just such an important resource and it's one that we want to make sure that we have a presence."

With its Peruvian system, the company now has three water businesses in its portfolio, including water recycling in Australia, and a water desalinization business in California. That business in California is noteworthy because it consists of an investment in a project that would help supply water to California, providing the state with an insurance policy against future droughts. While still in the permitting process, the Trump administration flagged it as one of the top 50 infrastructure projects in the country that the president wants to build as part of his infrastructure spending plan. It's a much larger-scale opportunity for Brookfield, with the overall investment totaling $900 million, though the company will likely only finance about 30% of the $250 million equity commitment, splitting the balance with investors in one of its funds.

It's also worth pointing out that sister company Brookfield Business Partners (BBU 2.12%), which is Brookfield Asset Management's (BAM 0.30%) private equity arm, recently made a splash in the water sector. Last October Brookfield Business Partners led a consortium to acquire a 70% stake in Brazil's largest private water distribution, collection, and treatment company for $768 million. In addition, the consortium will invest another $125 million in capital to support the growth of the business as it captures a growing share of the water and sewage improvements planned in Brazil over the next two decades.

These recent water investments by the Brookfield family show just how committed the company is to investing in the growing need for water-related infrastructure. It suggests that we'll likely see more water deals in the future.

While Brookfield Infrastructure Partners' $15 million investment in a water system in Peru seemed small, investors can glean two important details: Not only does the company see Peru as a compelling place to invest, but it sees robust growth opportunities in water infrastructure. That's why investors shouldn't overlook small details, because they can point to much bigger things.