Comcast has changed its strategy on a number of fronts, but the most intriguing pivot is how it seems to be embracing Netflix.

Longtime investors in streaming giant Netflix, Inc. (NFLX 0.41%) know that its relationship with Comcast Corporation (CMCSA 0.41%) has been a rocky one. The two have sparred for years over a variety of issues including broadband access fees, corporate mergers, and net neutrality. In fact, many would argue that the phenomenon of cord-cutting -- customers ditching their cable subscriptions -- was the direct result of the flat-rate online video streaming service that Netflix pioneered in 2007. There has been a lot of animosity between the two over the years.

In recent years, a number of secondary providers like Verizon Communications Inc. and Dish Network sought to capitalize on the trend of cord-cutters and cord-nevers -- those that never had cable or satellite -- by offering customers the option of a skinny bundle, a smaller subset of cable channels for a markedly lower price. This was an attempt to entice customers that were unwilling to pay for a full cable subscription.

Netflix is winning the battle for the living room. Image source: Netflix.

Several recent developments reveal that cord-cutting, skinny bundles, and the popularity of streaming services offered by Netflix and others may have finally worn down the cable colossus. Reuters is reporting that after testing the concept in several markets, Comcast will offer a slimmed-down bundle branded Xfinity Instant TV, which will provide major broadcast networks and sports channels like ESPN and Spanish language channels such as Telemundo and Univision for between $15 and $40 per month. The package will include a cloud-based DVR and be available across internet-connected devices. The report indicates that Comcast is planning to expand the service nationwide in its markets beginning in the third quarter of 2017.

This is the latest in a series of events that illustrates a change of attitude by the cable behemoth. After waging a public relations battle in the media for much of 2014 over the issues of net neutrality and access fees, there has been a thawing of the chilly relations between Comcast and Netflix in recent months.

In July of last year, Recode reported that Netflix would be available on the Comcast set-top box. When asked for a statement, the companies replied:

Comcast and Netflix have reached an agreement to incorporate Netflix into X1, providing seamless access to the great content offered by both companies. We have much work to do before the service will be available to consumers later this year. We'll provide more details at that time.

By November those plans had been realized and the companies revealed in a joint press release that Netflix would be integrated throughout Comcast's X1 platform, combining the on-demand libraries of both services in a single interface. Comcast no doubt saw that the writing was on the wall and moves such as this one could slow the migration from its services. 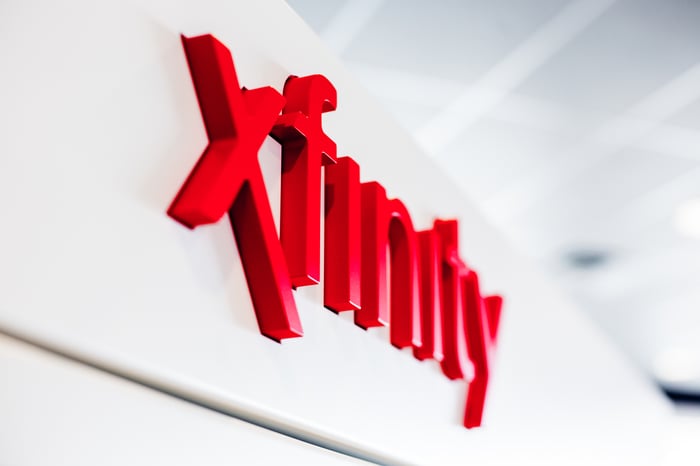 Comcast is pursuing other venues to bolster its position. Bloomberg is reporting that Comcast has received authorization to offer certain cable channels nationwide to customers outside its traditional markets as an online distributor. The company hasn't received permissions from every network and doesn't yet have plans to offer an online service nationwide, but if it were to offer such a service, it would compete directly with AT&T Inc.'s DIRECTV Now and Dish Networks' Sling TV.

Comcast also announced late last month that Netflix would be available for free to its X1 customers from April 3-9, similar to promotions it offers for services like HBO and Starz. These recent developments are a sign of the times as these once-bitter rivals partner to offer services to customers. About 54% of U.S. households subscribe to Netflix, and Comcast has disclosed that more than 30% of its X1 customers are Netflix subscribers. With that many customers watching Netflix, Comcast may have decided, "If you can't beat 'em, join 'em."