Paying generous dividends is a classic way for companies to attract stable investors. But just because a company can afford to pay big dividends doesn't mean that it ever will. Let's take a look at three companies that have low payout ratios but still pay paltry dividends that are lower than the S&P 500's yield of 2%.

Disney (NYSE:DIS) is one of of my favorite big-brand stocks. Its movie pipeline dominates theaters with Pixar, Marvel, Star Wars, and its own branded films. Its theme park network is expanding with a new resort in China, new lands for its American parks, and a growing fleet of cruise ships. The TV business, which has been a soft spot in recent quarters, is gradually evolving with new streaming partnerships and investments. 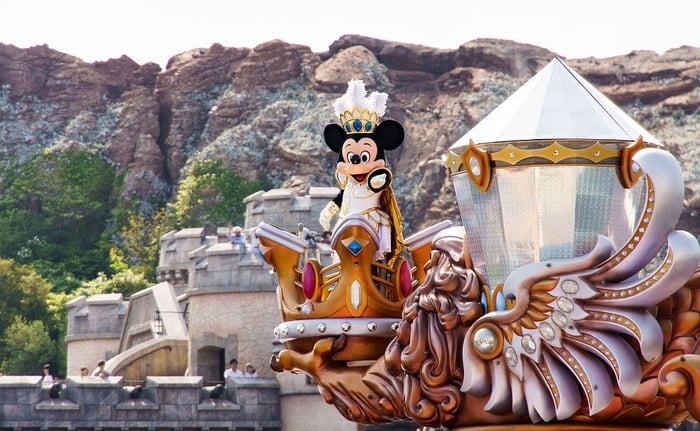 Analysts expect the House of Mouse to respectively grow its sales and earnings by 2% and 4% this year -- not huge growth numbers but solid ones for a mature media company.

Yet Disney's dividend has always disappointed me. Its forward yield of 1.4% is well below the market average, although it's hiked that dividend annually for seven straight years. Over the past 12 months, Disney spent just 27% of its earnings and 30% of its free cash flow (FCF) on dividends -- indicating that it could easily double its dividend to attract more income investors.

Chipmaker NVIDIA (NASDAQ:NVDA) soared 220% in 2016 on surging demand for its gaming GPUs, data center GPUs, and automotive CPUs. The strength of those three businesses respectively boosted NVIDIA's revenue and GAAP earnings by 38% and 138% in fiscal 2017.

However, that growth is expected to cool off this year with 16% sales growth and 10% earnings growth. Major headwinds include the expiration of a graphics cross-licensing deal with Intel, which contributed $66 million in "free" revenue every quarter, renewed competition from AMD in gaming GPUs, and the consolidation of the automotive chip market.

That's why NVIDIA shares have dropped 6% since the beginning of the year. Income investors are also likely shunning the stock's tiny forward dividend yield of 0.5%. NVIDIA hiked its dividend annually for four straight years, but it spent just 19% of its earnings and 17% of its FCF on those payments over the past 12 months.

Like many other aging tech companies, Oracle (NYSE:ORCL) has been investing in higher-growth cloud businesses to offset slower growth at its aging database and hardware units. That turnaround effort has been sluggish -- its total cloud revenue rose 62% annually and accounted for 13% of its top line last quarter, but analysts still expect its revenue and earnings to both rise just 1% this year.

Oracle's forward yield of 1.4% is much lower than the yield of comparable mature tech companies with comparable growth rates -- IBM has a yield of 3.2%, and Cisco has a yield of 3.4%. Oracle only spent 28% of its earnings and 21% of its FCF on dividends over the past 12 months, which looks downright stingy next to IBM's earnings-based payout ratio of 44% and Cisco's ratio of 54%.

Are these companies just being stingy?

It's easy to claim that Disney, NVIDIA, and Oracle are shortchanging income investors, but there are two other big factors at play. First, companies that want to grow through investments and acquisitions don't like dedicating too much of their cash to dividends. This is especially true for Disney, which spent over $15 billion to buy Pixar, Marvel, and Lucasfilm.

Second, all three companies spent more of their FCF on buybacks than dividends over the past 12 months. Eighty-seven percent of Disney's FCF, 49% of NVIDIA's FCF, and 29% of Oracle's FCF were all spent on buybacks during that period. Those were all fairly smart moves, since all three stocks have risen over the past year.

I doubt Disney, NVIDIA, and Oracle will pay demonstrably higher dividends anytime soon. Therefore, investors looking for stable income should look elsewhere. But that doesn't mean they're bad stocks -- Disney's still a great core holding for long-term investors, NVIDIA is a solid growth play, and Oracle's cloud investments could get the company's growth back on track over the next few years.