Please ensure Javascript is enabled for purposes of website accessibility
Log In Help Join The Motley Fool
Free Article Join Over 1 Million Premium Members And Get More In-Depth Stock Guidance and Research
By Timothy Green, Dan Caplinger, and Daniel Miller - Apr 7, 2017 at 7:16AM

These stocks should be carving out new 52-week highs for years to come.

Buying a stock near its 52-week high may seem counterintuitive to some. But great companies produce wealth over the course of decades, setting new 52-week highs all the time. Waiting for an attractive stock to drop in price can mean missing out on substantial gains.

We asked three of our contributors to each discuss a stock trading near its 52-week high that's still worth buying. Here's why you should take a look at Cisco Systems (CSCO 1.74%), Monsanto (MON), and Walt Disney (DIS -1.13%).

Tim Green (Cisco Systems): With the rapid growth of cloud computing, companies that make data center hardware are facing a tremendous amount of uncertainty. Cisco, the dominant supplier of networking switches and routers, has so far managed to navigate a changing landscape while maintaining its industry-leading profitability. The market has given the company some credit, pushing the stock up near its 52-week high. But shares of Cisco still look like a good deal. 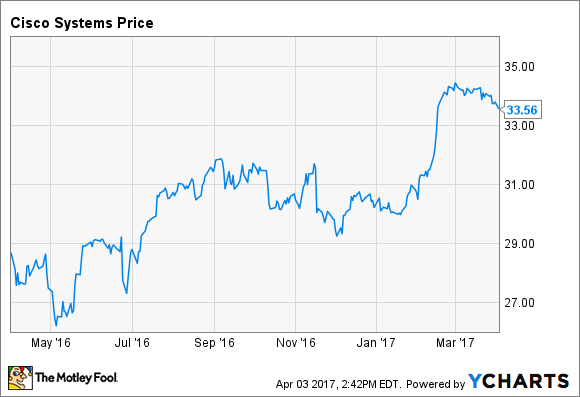 Cisco stock trades for 13.5 times free cash flow, and just 10.5 times free cash flow if the company's $36.9 billion of net cash is backed out. That's a valuation that doesn't require much growth to justify. Cisco's core switching and routing businesses have been inconsistent in recent years, and the company is pushing into software and services in an effort to rekindle growth. Some smaller businesses, specifically security, have been growing at double-digit rates. But it's not yet enough to truly move the needle.

While Cisco stock is cheap, the company could certainly go astray. The recent $3.7 billion acquisition of software company AppDynamics is a sign that Cisco is willing to pay astronomical premiums in order to drive growth. I'm not a fan of the acquisition, and if Cisco makes a habit of overpaying for software companies, I'll reconsider my investment. Still, the good outweighs the bad at this point, even with the stock near its 52-week high.

Stay hungry with your stock portfolio

Dan Caplinger (Monsanto): The world needs to eat, and Monsanto has done an excellent job of helping to boost agricultural productivity for decades. The company offers a range of crop-yield enhancing products, including fertilizers and pesticides as well as specially designed seeds with favorable crop traits. Those seeds have generated considerable controversy, given the reluctance among many to accept genetically modified organisms as part of their primary food supply. 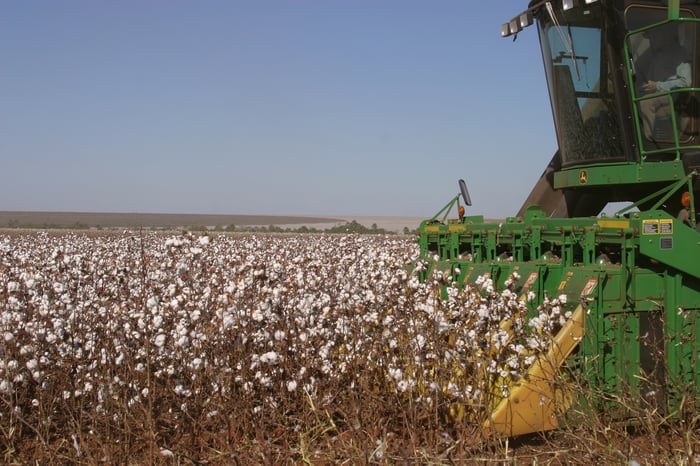 Despite that controversy, Monsanto has attracted attention from investors and industry peers alike. In its most recent quarterly results, Monsanto reported double-digit percentage sales gains that sent net income up by nearly 30%. That growth comes even as the agricultural giant remains the subject of a takeover bid from Germany's Bayer. Investors have been slow to embrace the proposed combination, and the stock still languishes well below the proposed purchase price of $128 per share.

Right now, though, Monsanto trades at 52-week highs, yet it also has upside potential. In some ways, Monsanto is in a no-lose situation. If the Bayer deal goes through, then buyers today can reap a nearly 10% profit in less than a year's time. If it doesn't, then Monsanto appears poised to reinvigorate its own independent growth. With food demand showing no signs of slowing, Monsanto is in the right place at the right time.

A brand second to none

Daniel Miller (Walt Disney): If you're looking for a stock trading near its 52-week high with room to run, look no further than entertainment juggernaut Walt Disney. Many investors became skeptical about buying Disney shares because of its ongoing troubles at ESPN. And while cord-cutting and overpaying for some sports television rights is certainly hurting its ESPN business, Walt Disney's parks and resorts segment has significantly rebounded from the Great Recession and Disneyland Shanghai provides some upside. 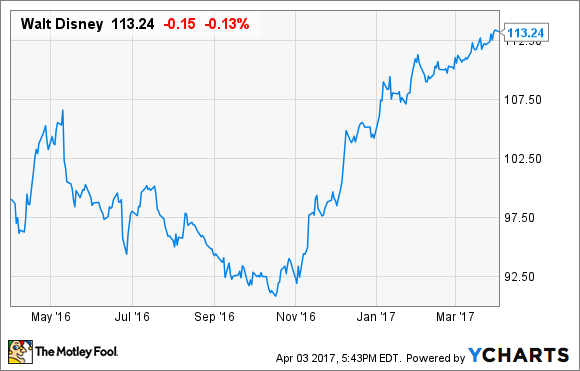 Another reason to be optimistic about Disney in the near term is the addition of the Star Wars franchise, which has been a winner at the box office and through merchandising. In fact, Rogue One: A Star Wars Story was Disney's first billion-dollar film of fiscal 2017, and you can expect similar success to follow with the company's strong pipeline of movies this year.

Investors know what they're getting with Disney, an absolute juggernaut worldwide that's arguably more recognizable than just about any brand out there. ESPN, even for all of its current woes, still has pricing power and can charge the highest subscriber fees of any cable network, and Disney Channel is a dominant player in children's television.

Sure, declining ESPN business and the hit-or-miss nature of making big-budget films makes it difficult for investors to consider Disney this close to its 52-week high, but don't let that scare you. Per Morningstar's forward earnings estimates, Disney is trading at a meager forward price-to-earnings ratio of 16, and it offers investors a 1.3% dividend yield to boot. If Disney continues to find valuable acquisitions and leverages its brand image and portfolio of characters, the best days could still be ahead of this media giant.