Apple (AAPL -2.01%)-centric website MacRumors recently reported on a recent post in blog Pike's Universum, in which a purported list of specifications/upgrades for Apple's next-generation iMacs -- which the blog says will be coming in "late October" -- is provided. Though you can see the full specification list here, there's one part of the specification list that's worth doing a sanity check on -- the main processor. 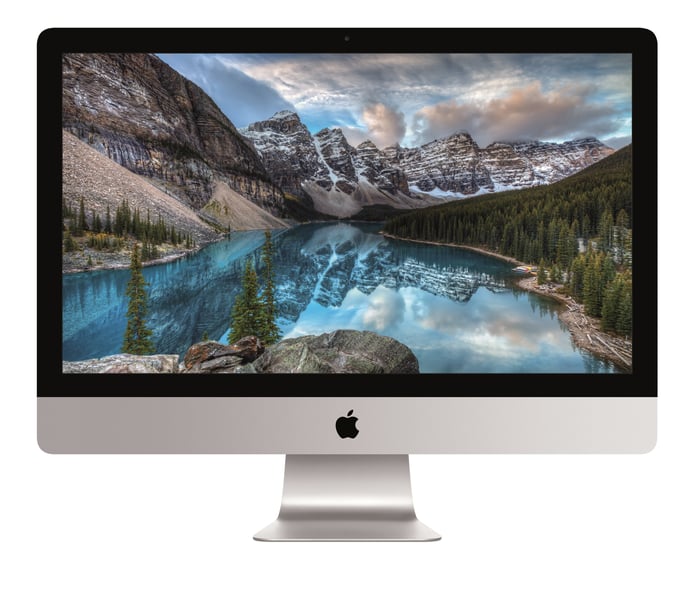 No more Core processors for the iMac?

I suspect that, if Apple really does shift its iMac line to Xeon E3 processors and away from Intel's traditional Core processors, it would be doing the shift mainly for ECC memory support.

If Apple's goal is to position the iMac -- and indeed, the Mac itself -- as a "professional" platform, then the use of Xeon E3 processors with ECC memory makes perfect sense. Apple already uses Intel Xeon E5 processors coupled with ECC memory in its Mac Pro line, so it's not as though use of such technologies would be unprecedented.

What's worth noting, though, is that, while the use of Xeon E3 processors with ECC memory may appeal to professionals and prosumers, these features don't really buy the average consumer much. In fact, Apple will almost certainly have to jack up prices on its ECC-capable iMac computers to compensate for what are likely to be higher memory prices.

So, does Apple force all potential iMac buyers to eat the costs of more expensive memory? Or does Apple simply offer "Core" options and "Xeon" options? Given how pricey Apple's iMac computers tend to be anyway -- and the supply-chain complexity of supporting too many computer models -- Apple may simply bet that its customer base won't mind a modest price increase due to the slightly pricier memory, and go all-in on Xeon.

If Apple's goal is to position its Mac products as true "professional" products, while pushing more consumption-oriented consumers over to its iPad product line, then a move to Xeon-based iMacs (and MacBook Pros) with ECC memory support may be the right way to go. Apple may find that Xeon processors -- by their server/workstation heritage -- are more marketable to the professional/prosumer crowd, and even "regular" consumers might be enticed by the fact that, when they buy an Apple product, they get a Xeon processor rather than a "pedestrian" Core processor.

I have no idea if this rumor is true, but it's certainly plausible.