Please ensure Javascript is enabled for purposes of website accessibility
Log In Help Join The Motley Fool
Free Article Join Over 1 Million Premium Members And Get More In-Depth Stock Guidance and Research
By Timothy Green - Apr 7, 2017 at 10:15AM

While the attention of investors is on new product launches, the semi-custom business remains AMD's profit engine.

When it comes to Advanced Micro Devices (AMD 5.64%), all eyes are on the company's efforts to reassert itself in the CPU and GPU markets. Ryzen, AMD's new line of PC CPUs, has already debuted, and Naples, the company's upcoming server chip, will arrive in the second quarter. Also coming soon is Vega, AMD's latest effort to wrest the high-end GPU market away from NVIDIA.

These new products are the reason AMD stock has exploded over the past year, up more than 400%. But AMD's most important business right now, and what has kept it afloat over the past few years as it plotted its comeback, is the semi-custom segment. Not only has this segment produced more revenue than the core business in each of the past two years, but its profitability has also partially subsidized AMD's flailing CPU and GPU businesses.

This situation may reverse if AMD's new products pick up some market share, but at the moment the semi-custom business is where AMD makes most of its money. 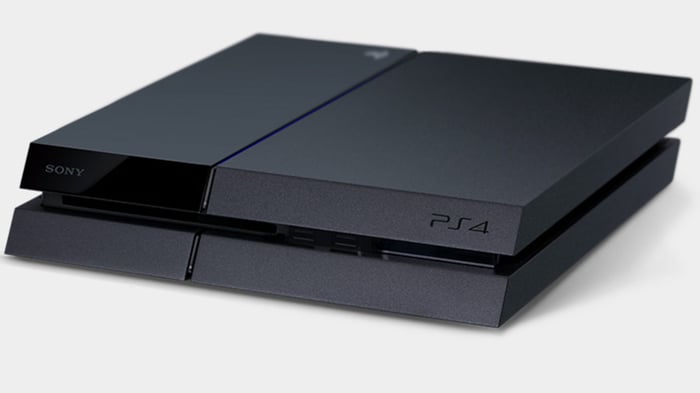 AMD's semi-custom business was born along with Sony's PlayStation 4, which launched in 2013. The eight-core semi-custom system on chip (SoC) AMD designed for the console was its first foray into the world of designing a custom chip for a specific customer. Microsoft also turned to AMD for a similar design for the Xbox One, putting the company in a position to benefit from a strong game console cycle.

According to VGChartz, 86.4 million PS4 and Xbox One consoles have been sold worldwide since launch, with each sale bringing in some revenue for AMD. Higher-end versions of both consoles -- the PlayStation 4 Pro and the Xbox One S -- launched last year using updated versions of AMD's SoCs. This provided a midcycle boost for AMD.

The semi-custom segment, which also includes server and embedded processors, generated $2.31 billion of revenue in 2016, up from $2.19 billion in 2015. With AMD's server chip market share essentially zero prior to the launch of Naples, the semi-custom business is responsible for the vast majority of this revenue. AMD's core business, the computing and graphics segment, which includes both PC CPUs and GPUs, managed revenue of just $1.97 billion last year.

As the current console generation matures, a decline in revenue derived from game consoles is inevitable. AMD does have another design win up its sleeve: Microsoft's Project Scorpio game console set to launch this year. But AMD will need some major non-game console deals to fully offset the eventual decline. AMD has previously disclosed that it had secured one non-gaming semi-custom design win, but details have been scarce.

AMD's new CPU and GPU products come at the perfect time, able to offset any revenue declines in the semi-custom business. The high-end variants of Ryzen have already launched, and while reviews were mixed, it's clear that AMD is now in a much-improved competitive position. Naples and Vega still have a lot of unknowns, but even modest market share gains in the server CPU and GPU markets can produce meaningful revenue growth for AMD.

The game consoles will continue to account for a significant amount of AMD's revenue for the next few years. There's no guarantee that the next generation of game consoles includes AMD chips, though, creating a risk that a big chunk of revenue disappears at some point down the line. The recently launched Nintendo Switch is powered by a custom Tegra SoC from NVIDIA, and Sony and Microsoft will have more options the next time around than they did when the PS4 and Xbox One launched.

A year or two from now, AMD's core business will likely be the star of the show, assuming its product launches find some success. But for now, the semi-custom business is the most important part of AMD.