The audio chip specialist sat idly by, watching Samsung open the gates to a high-def audio market in Android phones.

The company didn't post any significant news of its own last month, but Cirrus shares had some bouncing to do after an overly harsh plunge following February's third-quarter report. Along the way, smartphone giant Samsung (NASDAQOTH: SSNLF) announced high-definition audio support for the upcoming Samsung Galaxy S8 flagship phone, paving the way for more interest in Cirrus' market-leading audio chips. 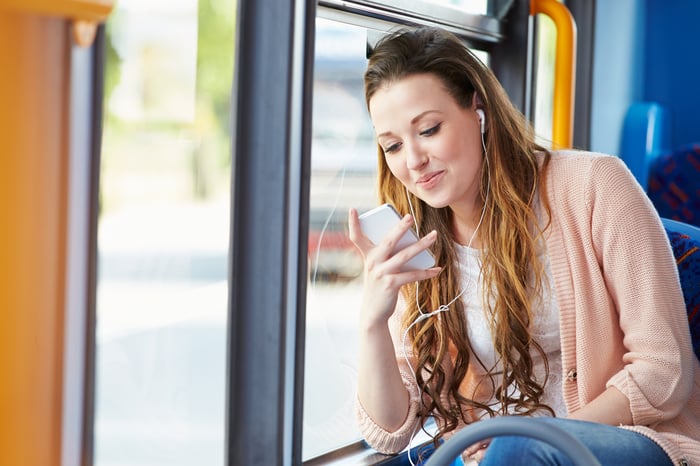 High-quality audio has been the traditional hallmark of Apple 's iPhones, where Cirrus has been the sole supplier of audio solutions for many years. The larger Android market has resisted following suit in order to save a few pennies on component costs. It is not absolutely certain that Cirrus will provide the audio chips for the Galaxy S8, as Samsung may have developed an in-house solution rather than reaching out to the market leader, but the mere presence of high-def audio in this market-defining handset should open up the floodgates for that selling point in the larger Android sector. Not every smartphone builder comes with a chip-design division, so Cirrus should expect phone builders to come knocking in search of a few strong audio chips.