And insiders are standing pat.

After filing its S-1 Registration Statement a few weeks back, Okta's (OKTA -4.68%) initial public offering priced at $17 last night, which was at the top of its expected range. In doing so, the enterprise identity management software company raised $187 million while valuing the company at approximately $1.5 billion. Okta was originally targeting a pricing range of $13 to $15, but bumped the range up to $15 to $17 earlier this week. Okta first achieved "unicorn" status in September 2015, when it raised $75 million in the private markets at a $1.2 billion valuation.

The company is enjoying a warm reception from Wall Street, with shares already up nearly 40% on the first trading day, and are currently trading around $23.40 as of this writing. As a result, Okta's market cap has now jumped to over $2.1 billion. 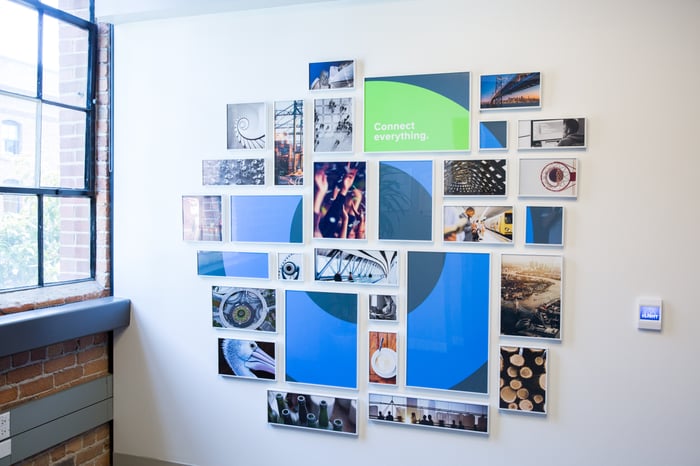 There's something else that's notable about this IPO: Insiders and early investors are not cashing out. It's quite common in IPOs for insiders and early investors to cash out a chunk of their shares as a reward for successfully taking the company public, taking advantage of the newfound liquidity. We saw that with Snap's recent debut. It's perfectly normal to do so, and in itself doesn't raise any red flags.

What's far less common is for these stakeholders to not cash out at all, which potentially signals that they have greater confidence in the company's future. It's especially rare for venture capitalists to not sell any shares in the offering, since an IPO is generally considered the end goal and is when they get rewarded for helping fund the start-up in its earliest days, facing overwhelming risks of failure, while often providing guidance to the entrepreneurs (VCs typically get board seats).

Note that the number of shares that each of these parties has did not change after the offering, although their percentage stakes were naturally diluted as a result of issuing new shares for the offering.

It's worth noting that this is largely a result of lock-up agreements and market standoff agreements that "substantially all" Class B shareholders have agreed to with the underwriters. These agreements expire in 180 days, and those shares will be free to be sold after that point. Still, the fact that insiders are willing to voluntarily agree to these agreements is a vote of confidence.

Okta is using a relatively standard dual-class structure in order for insiders to maintain voting power. The Class B shares that insiders hold get 10 votes per share, while the Class A shares that you and I can now purchase only get one vote per share. In aggregate, Class B shareholders will still retain 98.6% of all voting power, with 61.8% of voting power being concentrated within executive officers and directors.

Unlike the other aforementioned IPO, Okta's looks like it could be an opportunity for investors to get in on a bright future. Revenue soared nearly 90% last fiscal year, and the company is beginning to scale and enjoy operating leverage; gross margin expanded from 58% to 65% last fiscal year. Of course, Okta still invests heavily in future growth, like all tech start-ups in growth mode, and soaring operating expenses led to net losses widening to $83 million, but it's awfully reassuring that all those insiders are standing pat.