On fairly flat day for the stock market, these stocks fell sharply.

Friday was a surprisingly quiet day for the stock market, especially given the release of the monthly jobs report and the news that the U.S. military had launched missile attacks on a Syrian airbase overnight. All three major market benchmarks lost ground, but those losses were limited to less than a tenth of a percent, and the Dow's decline amounted to less than 7 points.

Yet even though the overall market held up relatively well, some stocks took substantial hits. Domino's Pizza (DPZ 0.32%), Denbury Resources (DNR), and Pandora Media (P) were among the worst performers on the day. Below, we'll look more closely at these stocks to tell you why they did so poorly.

Domino's Pizza finished down by about 5.8% in the wake of a third-party research report that suggested that the pizza delivery giant might reveal weak conditions when it reports its first-quarter sales. Domino's has done a good job of bucking the difficulties that many of its restaurant peers have faced over the past year or two, and same-store sales were up double-digit percentages during the fourth quarter. Yet despite its place near the top of its industry in terms of recent earnings growth, investors seem less comfortable with Domino's ability to sustain its impressive pace of business expansion. Even after today's losses, Domino's stock still trades nearly 50% higher than where it was less than a year ago, pointing to the success of its recovery. 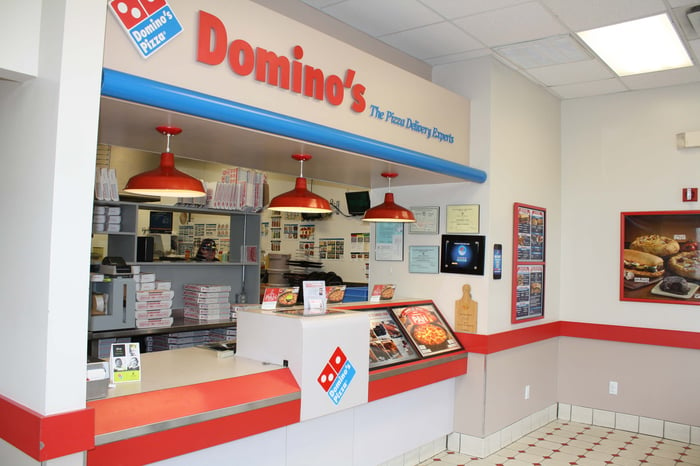 Denbury Resources shares also dropped by about 6% despite a generally strong oil market in the wake of the airstrikes on Syria. Any threat of geopolitical tension tends to ripple through the energy markets, especially when the troubles are taking place in the Middle East. Yet for Denbury, recent concerns have included relatively strong levels of supply at the Cushing delivery hub in Oklahoma, which have held down domestic crude prices in a manner that could have long-term negative implications for the company and its peers. Denbury stock has been extremely volatile, but it has declined 40% since late 2016, and the company will need to do a better job of proving its capacity for successful growth if it wants to bounce back.

Finally, Pandora Media closed down by 4.5%. The streaming music specialist has reportedly been in negotiations with major record labels to try to get more favorable royalty deals for the music it offers via its service. Streaming has been an extremely successful way to monetize content for the music industry, but companies like Pandora have struggled to raise enough revenue from subscriptions and advertising to pay for the content. Competition from other streaming music sources as well as free alternatives has hurt Pandora, but it's uncertain whether the music industry will see Pandora as an important enough player in the space that it would be willing to make concessions to keep it in existence. Without help, Pandora will have to deal with angry investors, who are growing restless with the company's failure to produce impressive profit growth so far.