Two items that might have counted as mere housekeeping for a larger company actually moved the needle for Tucows investors last month.

The provider of online business services and a budding bundle of mobile and fiber-optic communications products started March with a bang, announcing a brand-new $40 million share buyback program. For a company with a $476 million market cap at the time, that's a pretty serious and shareholder-friendly commitment.

Later on, longtime CFO Michael Cooperman announced an orderly retirement. The 65-year-old executive handpicked his replacement a year ago, installing Dave Singh as vice president of finance to ensure a smooth learning curve and transition. If that weren't preparation enough, Cooperman will also stay on in an advisory role for an unspecified period. 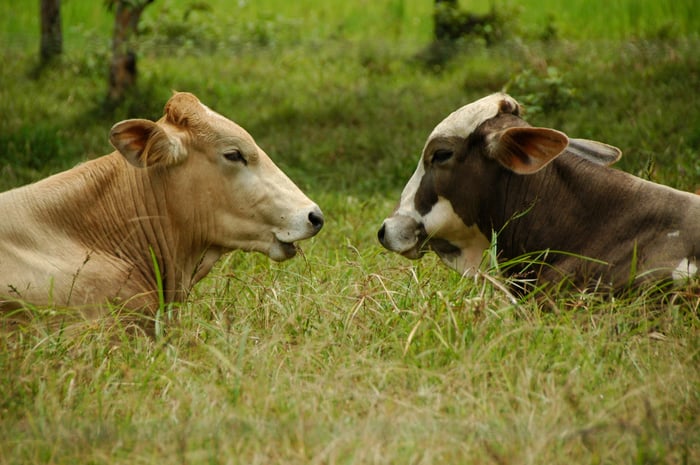 The simple CFO transition removed a cloud of uncertainty from Tucows' horizon. Singh's background in telecom operations ensures that Tucows will continue its full-court press on the Ting-branded fiber-optic and mobile services.

And that buyback policy is a strong vote of confidence, especially since it expires in early 2018. Moreover, the company collected just $22 million in operating cash flows last year and the balance sheet only holds $15 million in cash equivalents. Tucows shares have gained a spine-tingling 130% over the last 52 weeks, but management is betting a downright audacious amount of money on further gains.