Please ensure Javascript is enabled for purposes of website accessibility
Log In Help Join The Motley Fool
Free Article Join Over 1 Million Premium Members And Get More In-Depth Stock Guidance and Research
By Reuben Gregg Brewer - Apr 8, 2017 at 8:07AM

The aluminum industry has been suffering through low commodity prices, but the allure of the lightweight and strong metal is only increasing in key areas like the aerospace and automotive sectors. That suggests a brighter long-term outlook, backed by a strengthening aluminum market. Although 2017 might not be the best year ever for the metal, and those that make and sell it, it could still be a good time for investors to start building positions in companies like Kaiser Aluminum (KALU 3.68%) and Alcoa Corp (AA), which operate at opposite sides of the industry. And for the more aggressive, the drama brewing at Arconic Inc (HWM 1.19%) could be an interesting "special situation" opportunity.

Kaiser Aluminum is focused on making aluminum parts for the aerospace, auto, and general engineering industries. It had a solid year in 2016, with adjusted earnings up 22% to $4.83 per share. However, 2017 isn't likely to be as good. In fact, over the first half of the year, Kaiser is looking for revenues to fall slightly and margins to compress. 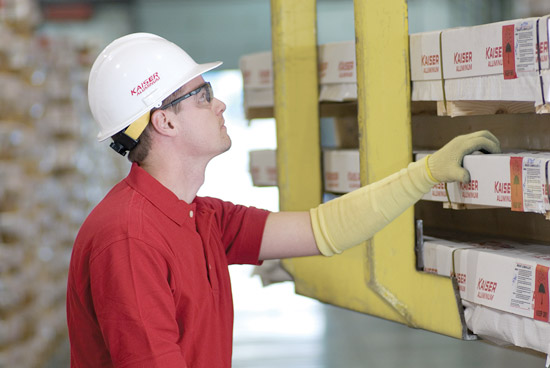 But there's a silver lining to this bad news. The company has a planned maintenance outage at a key plant. That's going to push costs up as much as $5 million through the first six months of the year and limit production capacity, but the downtime will allow Kaiser to modernize the facility. And that will put it in good position for 2018 and beyond, when it expects increased demand from key customer segments to push top and bottom-line results higher.

Although the next year or so could be tough, the company's dividend has been moving generally higher over the last decade, and the yield is currently at the high end of its historical range. It might be a good time for investors to take a look at Kaiser as it prepares for the future -- and get paid well to wait for that future to arrive.

Alcoa Corp is a name that should be familiar to aluminum watchers. Only today, Alcoa is a bit different from what it was just a few short months ago. In late 2016, the company split off from its specialty parts segment, which now trades under the name Arconic. That left Alcoa with the legacy upstream aluminum business.

Alcoa's shares advanced swiftly after the split and are now starting to pull back. However, there's good reason to like what's going on at the giant aluminum maker. For starters, over the past decade or so, the company has moved aggressively to reduce costs. For example, it shifted down the alumina cost curve from the 30th percentile in 2010 to the 17th last year. In aluminum, it shifted from the 51st percentile to the 38th. And it's not done modernizing its business and shuttering older facilities just yet. Secondly, Alcoa has started its "new" life with a relatively light debt load at about 15% of the capital structure, including non-controlling interests. To be fair, it has notable retirement obligations to deal with, but management has made fixing that issue a priority.

Although Alcoa is still working on getting into fighting shape, it's getting closer to the end of its turnaround efforts. That could make now a good time to jump aboard if you're looking for a company focused on the upstream segment of the aluminum industry. Just note that Alcoa's upstream focus makes it more susceptible to commodity price swings than specialty parts markers like Kaiser.

Arconic is the next aluminum company to take a look. As noted above, it got the specialty parts business of "old Alcoa." Specialty parts was what industry watchers considered the crown jewels in that deal. Although shares of Arconic rose after the split, they too have been coming back down. And, more to the point here, Arconic management has come under intense pressure from activist investors suggesting that there needs to be more change at the newly independent company.

The fight between activists and Arconic has gotten a little ugly, which makes Arconic a special situations stock in my eyes. However, Elliott Management, the lead outside agitator in the drama, thinks Arconic could be worth as much as $54 a share under a new leadership team. That's notably higher than recent prices. 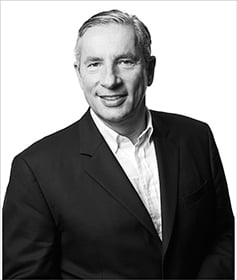 This is a company that requires a really deep dive to understand what's going on before you step in. However, with a focus on specialty parts, notably in the aerospace and automotive sectors, Arconic could be a good option for investors looking for an aggressive aluminum play. Just note that it's likely to be the activists who drive the stock price for the next couple of months, not the fundamentals.

Up, down, and jumping around

If you're looking at the aluminum sector, Kaiser is a solid option in the downstream space. The next year will be tough as it invests for the future, but that could be more of an opportunity than a risk. Newly independent Alcoa, a giant in the upstream arena, is getting better every day, and it could be a good choice for those seeking commodity exposure in the aluminum space. Specialty parts maker Arconic, meanwhile, is the most aggressive of the trio as it deals with outside investors who are demanding change. If the outsiders are correct, though, the shares are worth a lot more than what they fetch today.