Both companies have a big growth opportunity, but which is the better buy?

The global payments industry is undergoing significant change as more and more consumers shift to electronic forms of payment. However, 85% of transactions are still conducted via cash or check, and this presents a big opportunity for PayPal Holdings (PYPL 1.26%) and Visa (V 3.00%).

Let's review the case for owning each to determine which is the better buy for investors today.

Visa has 3.1 billion total cards in use. IMAGE SOURCE: PIXABAY.

Visa is one of the most recognized brands in the world. Forbes ranked Visa No. 30 on its 2016 "The World's Most Valuable Brands" list.

The company operates as a network processor, which means Visa doesn't issue credit cards and doesn't extend credit. As a result, it carries relatively low risk compared to traditional financial companies, like banks.

Visa generates revenue from settlement, authorization, and processing of card transactions. The company's overarching strategy is to expand the number of Visa-branded cards around the world. Currently, Visa has over 3 billion cards worldwide, and it processed $8.2 trillion in payments volume for the fiscal year ending in September 2016.

To facilitate all of the transactions, the company has VisaNet, which can process more than 65,000 transactions per second. This scale has helped Visa build deep relationships with merchants and financial institutions. The more Visa cards in circulation, the stronger its brand and network becomes, helping it form even stronger bonds with other financial institutions -- including PayPal.

The company has guided for 16% to 18% revenue growth and earnings-per-share growth in the mid-teens in fiscal 2017. Analysts expect Visa to report $3.32 per share in earnings, which gives a price-to-earnings ratio of 26.8 as of March 29.

The case for PayPal Holdings 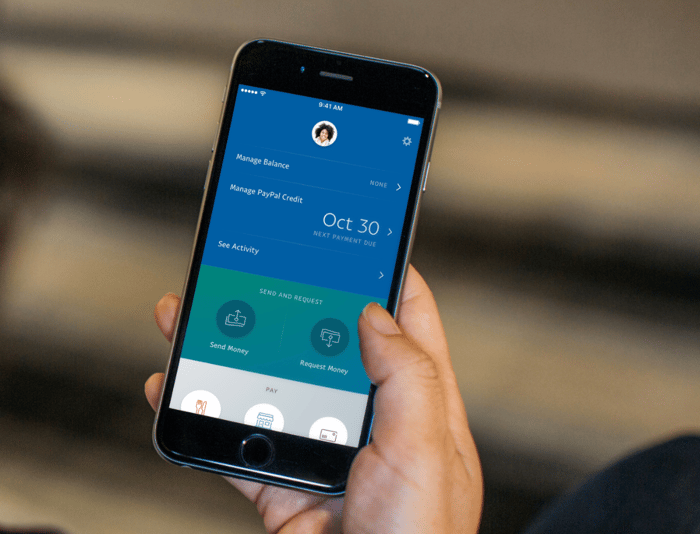 PayPal has been very successful positioning itself as the alternative to traditional ways of managing money through big banks. It has built a brand based on trust, security, and convenience at handling online and mobile transactions between merchants and customers, as well as peer-to-peer payments with its popular Venmo app.

PayPal's strategy is very similar to Visa's. Where Visa wants to increase total cards in use, PayPal wants to grow customer accounts, which crossed 200 million in February 2017.

PayPal generates revenue by charging a small fee on transactions processed. In 2016, PayPal's revenue grew 17%, to $10.8 billion, based on $354 billion of total payment volume.

Part of PayPal's strategy beyond increasing customer accounts is to encourage customers to use their accounts more frequently. In 2016, PayPal customers used their accounts 31 times, on average, representing an increase of 13%. One reason for this growth can be attributed to the new One Touch feature, which allows customers to use PayPal without requiring them to enter login information, making the checkout experience much faster. The feature is the most adopted product in PayPal's history, with 50 million customers opting in to One Touch as of February 2017.

Partnerships have also played a key part in PayPal's growth strategy. Visa, Mastercard, Discover Financial Services, and Citigroup have all joined PayPal to offer customers more choices in how they pay in-store.

These partnerships point to the strength embedded in PayPal's 200 million (and growing) customer accounts. The credit card companies will gain from PayPal's large and increasing customer base, while PayPal will allow its users more choice in order to increase customer adoption and engagement. It's a win-win.

PayPal also owns Xoom, which is disrupting the $600 billion international money-transfer market. Xoom has been a drag on PayPal's operating margin, but could be a meaningful profit contributor down the road.

Unlike Visa, PayPal carries a small element of risk with its PayPal Credit products. While credit has been a good tool for PayPal to increase engagement among its users, it's still an important distinguishing factor between PayPal and Visa that investors should keep in mind.

PayPal management has guided for 16% to 17% revenue growth over the next three years, and earnings are expected to grow in line with that rate.

Both companies offer about the same level of revenue and earnings growth potential, so neither wins there. While PayPal didn't make Forbes' valuabe-brands list, it has a respected brand due to its large, growing customer base and its ability to sign partnership deals with the credit card giants. Visa is more widely used around the world, and therefore has a more recognized brand.

Given Visa's edge in brand awareness and its relatively lower risk profile compared to PayPal, based on no exposure to credit or loans, Visa looks like the better buy right now.