Please ensure Javascript is enabled for purposes of website accessibility
Log In Help Join The Motley Fool
Free Article Join Over 1 Million Premium Members And Get More In-Depth Stock Guidance and Research
By Brian Stoffel - Apr 9, 2017 at 7:17AM

One Fool has committed over one-third of his holdings to just two stocks. Here's what they are.

Some might say I'm taking on way too much risk. Others might say I've just gotten lucky. Both could be right.

Here's the undeniable fact: When I combine my holdings of Amazon.com (AMZN 3.58%) and Alphabet (GOOG 5.20%) (GOOGL 5.11%), they account for 35% of my family's stock holdings. So, when I tell you I think you can buy and hold these two companies forever, my money is firmly where my mouth is. 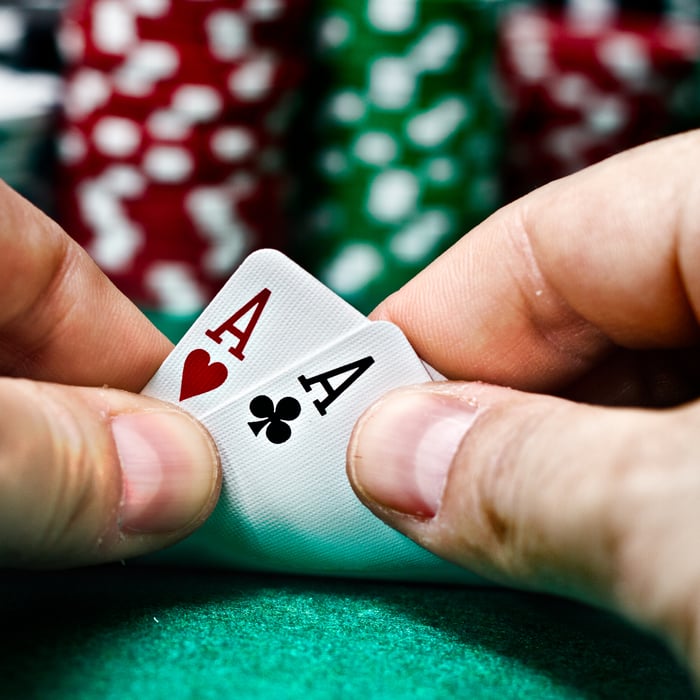 It's worth pointing out that I never intended for things to be this way. Both Amazon and Alphabet -- better known as Google -- have grown significantly into their current positions. I just have no intention of selling. That's because both satisfy the four most important things I look for in an investment.

Over time, I've learned the hard way that the strength of a moat -- or a sustainable competitive advantage -- is the most important factor in determining whether to invest in a company. Put the simplest way, a moat is what differentiates one company from the next -- and keeps the competition at bay.

Alphabet's moat is provided by the dominance of Google's search engine. Netmarketshare.com estimates that Google has a 77% market share of desktop searches, and 96% of mobile searches. That allows the company to collect gobs of data to help advertisers hit specific potential customers, something advertisers are more than willing to pay up for.

But it doesn't stop at search. Alphabet now has six other products with over 1 billion users: Google Maps, Gmail, Chrome, Android, Google Play Store, and YouTube. That's a powerful ecosystem.

Amazon, on the other hand, benefits from both physical advantages of scale and -- increasingly -- the network effect. On scale, the company has spent billions building out its network of mammoth fulfillment centers. These centers -- there are an estimated 95 stateside, with 26 more on the way -- help ensure that everything you order on Amazon gets to your front door as soon as possible. It would be prohibitively expensive for any company to try and match this scale.

On the other hand, Amazon's third-party selling option has gained a lot of attention lately. Sales from retail third-party seller services doubled in the last two years alone, to $23 billion. What this means is that more non-Amazon retailers are using Amazon's platform to sell products. That incentivizes more buyers to use Amazon -- and based on estimates of Amazon Prime customers counts, they are doing so in droves. It's a virtuous cycle that continues to build steam.

Here's how optionality works in the real world: You do hundreds of experiments, tinkering with what will work. Most of your efforts will fail, but your losses will be small. Every now and again, you'll happen upon a big hit, and it will provide a meaningful source of future income. You have the option of killing off or further pursuing your experiments.

Amazon is the King of Optionality. It started as an online bookstore but has branched into e-readers, retail, cloud services, original content, and even delivery services. No quote better sums up CEO Jeff Bezos' attitude toward optionality than this, when addressing the failure of the company's Fire Phone:

You need to be making big, noticeable failures. The great thing is that, when you take this approach, a small number of winners pay for dozens, hundreds of failures.

Alphabet's decision to rename itself to differentiate the company's "Other Bets" is just another way of saying that it, too, is focused on optionality. The company is variously focusing on a connected house through Nest, self-driving cars, and faster Internet via Google Fiber. And there's no telling what might come out of Google[x] in the coming years.

Author, trader, and academic Nassim Taleb has written often about how important it is that decision-makers have their own skin in the game. Without it, those who rely on such decision-makers have no recourse against the hidden risks inherent in any complex organization.

That's why I find it heartening that both Amazon and Alphabet are founder-led companies, with both founders having a significant portion of their skin in the game.

The people running these companies have even more incentive than you and I do to see long-term success take hold.

Finally, I think it's important that any business I invest in have financial resources on hand to weather an economic downturn. In both Amazon and Alphabet, I believe we have those things.

Data source: Yahoo! Finance. All figures for the 2016 fiscal year, rounded to the nearest billion.

When you combine these four factors: a wide moat, optionality, skin in the game, and financial fortitude, I believe you have the ingredients for a winner. That's why these companies comprise such an enormous part of my portfolio, and it's why I think you can buy and hold these stocks forever.