Please ensure Javascript is enabled for purposes of website accessibility
Log In Help Join The Motley Fool
Free Article Join Over 1 Million Premium Members And Get More In-Depth Stock Guidance and Research
By Keith Speights - Apr 9, 2017 at 7:43AM

Although marijuana stocks have skyrocketed in the last couple of years, many investors have been understandably leery of jumping on board. This reluctance could stem from fear that the U.S. government might crack down on state laws that go against federal laws, or it could simply reflect concern about the quality of many of the marijuana stocks on the market.

If you remain leery about marijuana stocks, The Scotts Miracle Gro Company (SMG 0.78%), Cara Therapeutics (CARA 3.09%), and GW Pharmaceuticals (GWPH) provide ways to invest in companies that can profit from marijuana without the negative baggage associated with marijuana growers. Here's why investors might like these three stocks that don't fit the mold of most marijuana stocks. 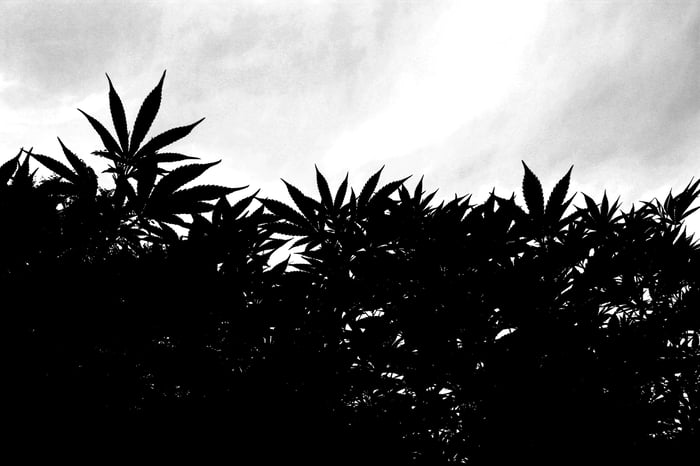 To grow marijuana, you need supplies. Scotts Miracle Gro has become the go-to source for many of the supplies that marijuana cultivators use -- and that's no accident. Scotts has steadily acquired smaller players that provide fertilizers, lighting, and hydroponic supplies over the last couple of years to expand its presence in the cannabis market.

Those efforts seem to have paid off. Scotts Miracle Gro stock is up close to 140% over the past 12 months. In its most recent quarter, revenue was up 27% year over year.

Even though Scotts has become known as a primary supplier for the marijuana industry, most of its revenue is generated elsewhere. Traditional lawn and garden products still produce the highest sales for the company.

Not everyone is convinced that Scotts Miracle Gro is a smart pick, though. Nearly 5.8% of shares have been sold short.

Cara Therapeutics can be mentioned as a marijuana stock because of the company's research into alleviating pain by selectively modulating cannabinoid receptors. However, the one cannabinoid receptor agonist that Cara has, CR701, is only in pre-clinical development.

The primary focus for Cara -- and the primary reason why investors might like the stock -- is its lead candidate, CR845. Although opioid drugs have been at the center of controversy because of a high number of deaths resulting from overdoses, CR845 is a different kind of opioid. The experimental drug targets kappa opioid receptors in peripheral nerve cells outside of the central nervous system. CR845 doesn't enter the brain, so it has the potential to relieve pain without causing negative side effects linked with existing opioid drugs.

Cara's share price has soared 170% in the last 12 months on high expectations for CR845. The drug is being evaluated in several clinical studies, the most advanced of which is a late-stage study for alleviating post-operative pain. Cara expects to announce results from this study in the first half of 2017.

GW Pharmaceuticals: On the road to approval

Marijuana is definitely core to GW Pharmaceuticals' business. The company's only marketed product, Sativex, is a cannabinoid oral spray approved for treating multiple sclerosis spasticity in multiple countries outside of the U.S. GW's hopes, though, are pegged to another cannabinoid drug -- Epidiolex.

Epidiolex is an oral solution derived from pure cannabidiol, a chemical found in marijuana plants. GW Pharmaceuticals has reported positive results from late-stage studies of Epidiolex in treating Dravet syndrome and Lennox-Gastaut syndrome (LGS), both of which are forms of epilepsy. The company should file for regulatory approval of the drug this year. If all goes well, GW could launch Epidiolex for both indications in 2018.

Aside from winning regulatory approval, the primary question for GW Pharmaceuticals relates to payer reimbursement for Epidiolex. If the company gets the coverage it would like, many patients appear likely to use the drug even though cannabidiol is available from other sources.

Several risks exist for each of these three stocks. For Scotts Miracle Gro, the risk is that short-sellers are right that the gains chalked up recently will evaporate. For Cara Therapeutics, the key risk is that the late-stage study of CR845 won't be successful. For GW Pharmaceuticals, risks include failing to win approval for Epidiolex and running into problems convincing payers to reimburse for the drug -- even if approval is obtained.

Many investors, however, would rather face these risks than worry about whether or not the U.S. federal government restricts the sale of marijuana in states that have legalized recreational use of the drug. For those wanting to buy marijuana stocks without some of the negatives associated with them, Scotts Miracle Gro, Cara Therapeutics, and GW Pharmaceuticals could be as good as it gets.