Please ensure Javascript is enabled for purposes of website accessibility
Log In Help Join The Motley Fool
Free Article Join Over 1 Million Premium Members And Get More In-Depth Stock Guidance and Research
By Keith Speights - Apr 9, 2017 at 6:41AM

Many medical device stocks are boring. Low growth and little excitement aren't uncommon among stocks in the industry. But not all of them fit that mold.

Investors looking for solid growth should find plenty to like about Align Technology (ALGN 4.51%), Edwards Lifesciences (EW 2.42%), and Intuitive Surgical (ISRG 2.69%). These companies operate in radically different parts of the broader medical device market, but each of these stocks could be poised to grow. Here's why. 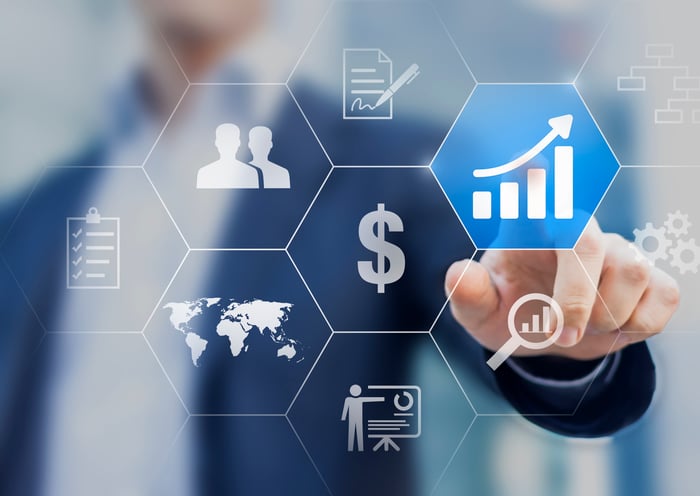 If Align Technology gets its wish, those awkward metal dental braces will become a thing of the past. The company's Invisalign clear dental aligners are practically invisible and just as effective at straightening teeth as braces in most cases.

Align's earnings have more than tripled over the past five years thanks to the growing popularity of Invisalign. In addition, the company's intraoral scanners, which dental professionals can use to create 3D models of patients' teeth, are becoming an increasingly important source of revenue for Align.

There are three key opportunities for Align to achieve even greater growth in the future. One is international expansion, especially in developing markets with increasing middle-class populations. Align is also targeting general practitioner dentists, who see many more patients who are candidates for Invisalign than orthodontists do. Innovation presents another pathway to growth, as Align develops clear aligners for more complex cases of malocclusion.

Edwards Lifesciences: All about the heart

Edwards Lifesciences is a global leader in artificial heart valves and systems that monitor patients' cardiovascular functions. The company was a pioneer in developing transcatheter aortic valve replacement (TAVR) therapy.

Edwards' earnings have nearly doubled over the past five years. This growth was primarily fueled by increasing demand for its Sapien line of heart valves. Safety has been an important part of the company's products' value proposition. For example, studies showed that Edwards' Sapien 3 valve reduced mortality and strokes by 75% compared to surgery in intermediate-risk patients.

The company should benefit from tremendous growth in the TAVR market, which is expected to double to more than $5 billion by 2021. That growth projection is based only on treatment of patients with severe symptomatic aortic stenosis. Edwards thinks that it can achieve further growth by bringing its less-invasive treatment options to asymptomatic patients.

Intuitive Surgical: Rise of the robots

If someone you know has had a hysterectomy or prostatectomy, there's a pretty good chance that Intuitive Surgical's da Vinci robotic surgical system could have been used in the surgery. The system was used to perform 204,000 hysterectomies and 92,000 radical prostatectomies in the U.S. last year.

Intuitive Surgical's earnings are up more than 75% since 2014. The company ran into something of a rough patch for a while due to concerns about the safety of its robotic surgical technology. However, Intuitive Surgical has benefited from an increasing number of studies showing the value and safety of da Vinci.

One of those studies has contributed to Intuitive Surgical's rapid growth in the hernia surgery market. Research found that the average hospital stay for patients who had hernia repairs with da Vinci was 2.5 days shorter than the stay for patients undergoing open surgery, with similar readmission rates.

Expanding into new surgical procedures presents a significant opportunity for Intuitive Surgical to grow in the future. And while the company already has a large international presence, there's still plenty of room to grow in markets outside the U.S.

Align Technology, Edwards Lifesciences, and Intuitive Surgical are bringing tremendous technological innovation to their respective types of medical devices. Their stocks appear poised for significant growth in the future.