Which unloved social stock is a better long-term investment?

But if we dig deeper, we'll start noticing similarities. Twitter and Line have both been struggling with waning user growth, and both companies tried to offset those declines by squeezing out more revenue per user with new features such as live videos, trending news stories, and mobile payments.

Investors haven't been enthusiastic about either stock. Twitter currently trades 45% below its IPO price, and Line trades less than 20% above its IPO price. But is either of these unloved social stocks a better buy than the other one? Let's examine their core businesses, growth rates, and valuations to find out.

Twitter makes most of its money from ads. Of its total revenue, $2.25 billion, or 89%, came from advertising in 2016. That revenue comes from the promoted tweets, accounts, trends, and videos that pop up across users' timelines. Mobile ads accounted for 89% of that total. Some of its mobile ad revenue also came from MoPub, a programmatic advertising network that delivers ads into a wide variety of mobile apps.

The other 11% of Twitter's revenue came from its data-licensing business, which sell "firehoses" of tweets to customers such as news agencies and high-frequency trading firms. Twitter is working with analytics companies such as IBM to sort that information into actionable data.

Line's business is split into two main categories -- communication and content (sticker sales and virtual game items) and advertising (display ads across its own apps and other websites). Communication and content revenue came it at 86 billion yen ($770 million) in 2016 and accounted for 61% of its top line in 2016. Advertising revenue, which accounted for the rest, came in at 54.7 billion yen ($490 million).

Twitter's total revenue rose just 14% to $2.53 billion in 2016, compared with 58% growth in 2015. Analysts expect that slowdown to continue with a 7% decline this year. Most of that slowdown can be attributed to its ongoing slowdown in monthly active user (MAU) growth.

Twitter's MAUs rose just 4% annually to 319 million last quarter. Recent research from the University of Southern California and Indiana University also indicates that up to 15% of those accounts are probably bots instead of people. Twitter tried to gain new users with new streaming video partnerships and a curated page of tweets called "Moments," but none of these initiatives made a noticeable impact. The company's ongoing loss of major executives also undermined confidence in CEO Jack Dorsey's leadership skills. 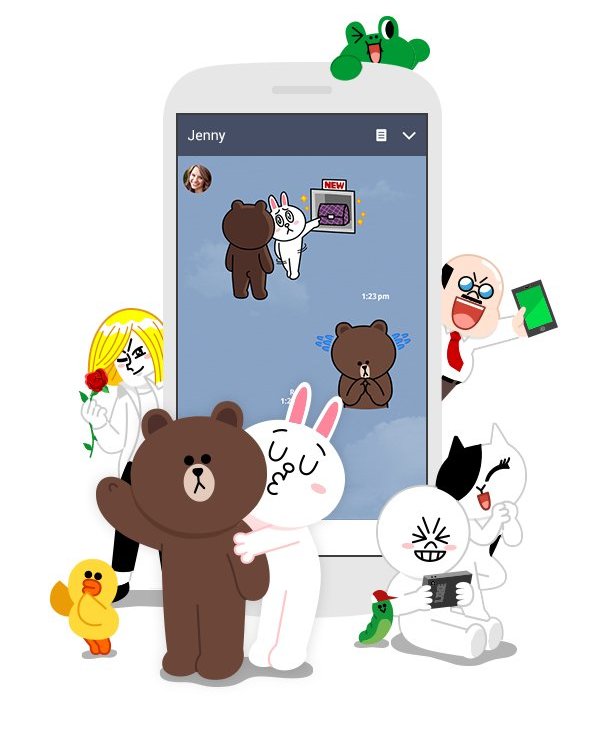 Line plans to aggressively defend its four "key countries" of Japan, Taiwan, Thailand, and Indonesia, but it's unclear if it can prevent Messenger and WhatsApp from conquering those markets as well.

Twitter is profitable on a non-GAAP basis, which excludes stock-based compensation expenses, but unprofitable on a GAAP basis. For 2016, it generated non-GAAP net income of $406 million, or $0.57 per share, up 42% from $0.40 in 2015. But on a GAAP basis, it posted a net loss of $457 million, compared with a loss of $521 million in 2015. Twitter has been slashing jobs and either shutting down or divesting non-core apps to boost its profitability, but analysts still expect its non-GAAP earnings to drop 51% this year.

Line reported a net loss in 2015, but it finished 2016 with a net profit of 7.9 billion yen ($71 million). Neither the company nor analysts have provided forward earnings guidance, so it's unclear if it will remain in the black this year.

Twitter currently trades at an enterprise value-to-sales ratio of 3.3, which is slightly lower than Line's ratio of 5.7. Those are pretty low valuations compared with other social-media players -- Facebook has an EV-to-sales ratio of 14.7, and Snap has a whopping ratio of 40.6.

I don't plan to buy either Twitter or Line, but Line's more diversified business and better growth numbers make it a better buy at current prices. However, I'm not convinced that Line can sufficiently widen its moat against Facebook and keep growing its MAUs over the next few years. If it fails to do so, it could easily drop below its IPO price like Twitter.