The trash hauler posted an earnings beat and a positive outlook early in the month, riding the wave to outperform its industry in March.

Shares of Casella Waste Systems (CWST -1.81%) rose 16.5% in March after the regional trash hauler announced earnings on March 1 that beat its guidance and analysts' expectations.

The stock also popped on March 22 on no apparent news. In the wake of a mid-month price decline, investors may have been using the opportunity to scoop up shares. 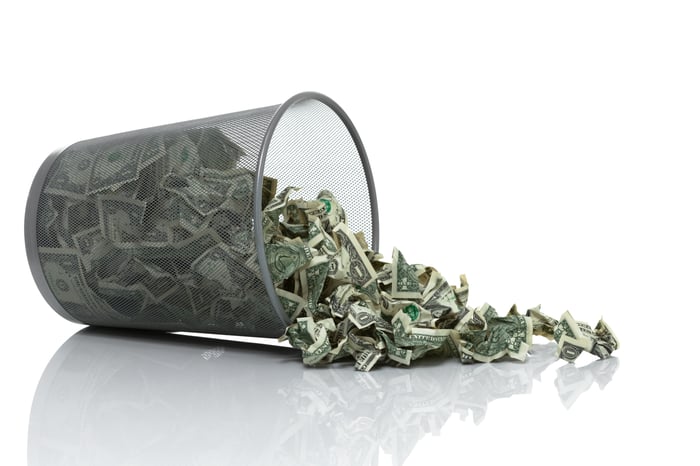 Casella's strong earnings were what propelled its share price higher. The company reported fourth-quarter revenue that was up 2.7% from the year-ago quarter, and annual revenue was up 3.4% over fiscal year 2015.

Adjusted EBITDA was also up 5.9% year over year for the quarter and up 13.7% for the year.

In a press release, CEO John Casella provided some additional details on what drove the company's growth:

From an operating standpoint, our disciplined solid waste pricing programs continued to outpace internal inflation with overall solid waste pricing up 2.6% in the quarter, driven by strong residential and commercial pricing, which was up 3.6%, and landfill pricing up 2.7%. Further, our efforts to reduce operating costs and drive efficiencies continued to gain traction in the fourth quarter, with our cost of operations as a percentage of revenues down 100 bps year-over-year.

Casella has been a solid outperformer for the last year, but it's making up for lost ground. As this five-year chart shows, the stock languished from 2012 to 2014 while larger waste haulers Waste Management and Republic Services were experiencing slow and steady growth. All three companies had a stellar 2016: 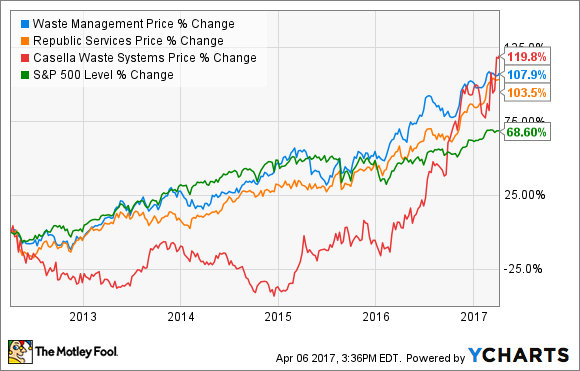 Casella clearly intends to keep doing what it's doing, and it seems to be paying off for the company and its investors. Last month's jump is just another sign of that.