Please ensure Javascript is enabled for purposes of website accessibility
Log In Help Join The Motley Fool
Free Article Join Over 1 Million Premium Members And Get More In-Depth Stock Guidance and Research
By Bradley Seth McNew - Apr 11, 2017 at 6:07AM

Some of these countries are finding unique ways to invest in better public Wi-Fi access -- like lamp posts that double as high speed Wi-Fi hotspots across major cities. 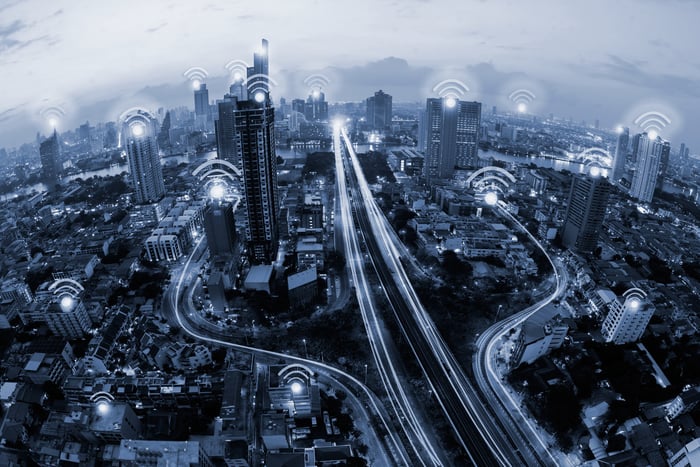 Wi-Fi technology has only been around for a couple of decades, but demand for high-speed public access has exploded over the last few years. Now, devices can easily connect to the internet at millions of public hotspots worldwide -- which some analysts estimate could grow eight-fold to 300 million hotspots globally in 2018. Along with increased demand for a greater number of hotspots, there has also been growing demand for faster connection speeds as users want to stream videos seamlessly and to be able to download and upload huge amounts of data from multiple devices.

There are many companies looking to provide the infrastructure and technology necessary for that growth -- from traditional internet service providers (ISPs) like Comcast (CMCSA 2.41%), with its Xfinity service that ranked the fastest ISP in the U.S. in 2016 by PCMag, to the companies that provide hardware, security, and many other parts of the total wireless internet market. 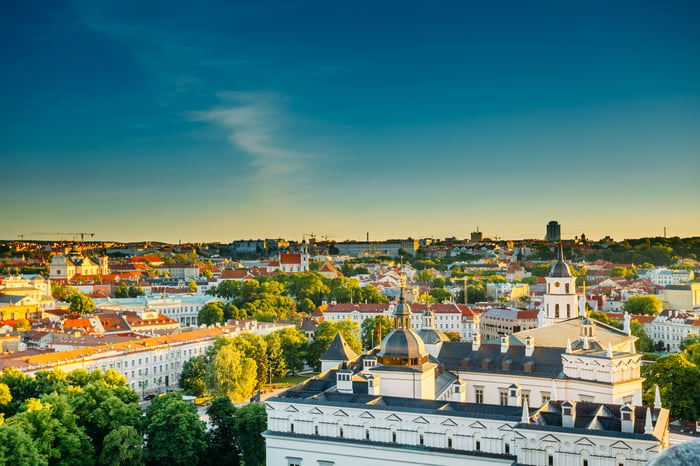 Topping the list of fastest public Wi-Fi is Lithuania, with average download speeds of 16.6 Mbps, nearly double that of the U.S. This small Baltic country seems very focused on promoting itself as a good option for businesses to set up shop as it tries to attract more international investment. This seems to be fueling the focus on tech-forward thinking, including investment in helping to spread public Wi-Fi in the country. 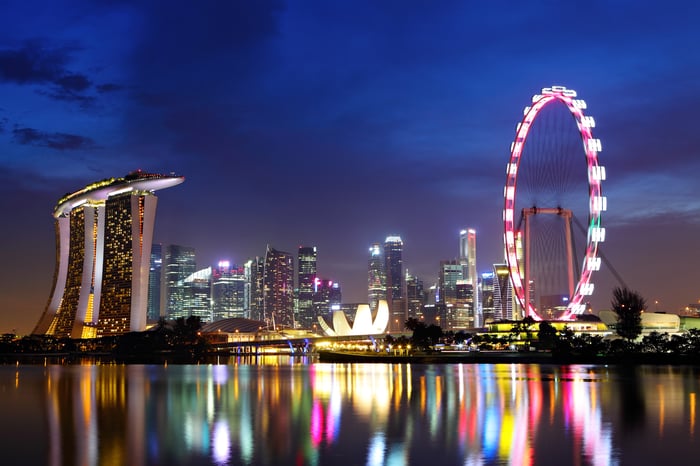 Singapore has moved up the list in recent years, which makes sense as this small island-country between Malaysia and Indonesia has become a financial and technological tentpole of the region. The Singaporean government has set up a program offering free public Wi-Fi via thousands of hotspots across the island called "Wireless@SG." Last year, the government announced that it is upgrading the hotspots to faster speeds and that they will double the number to 20,000 across the country by 2018. 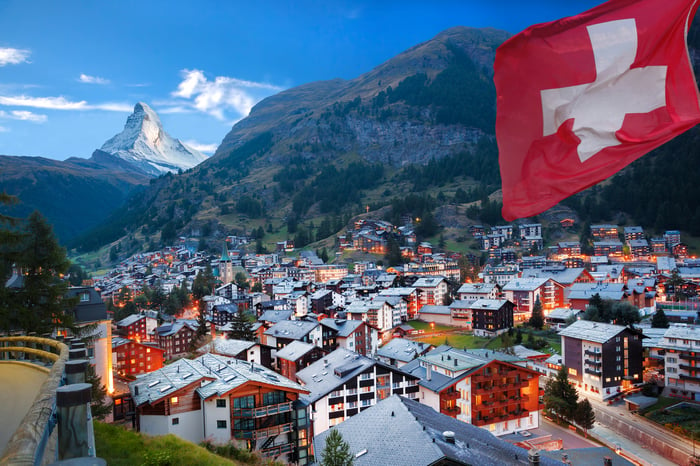 Switzerland is serious about its public Wi-Fi -- locals and visitors can access the internet in public areas like parks, beaches, museums, public squares, and other open areas. The country is also known for its skiing, and one operator there is combining the two. A resort near Davos recently opened a new chairlift that comes equipped with sensors that adjust the seat height before the skier boards, heated seats -- and free public Wi-Fi for the 8 minute ride to the top. 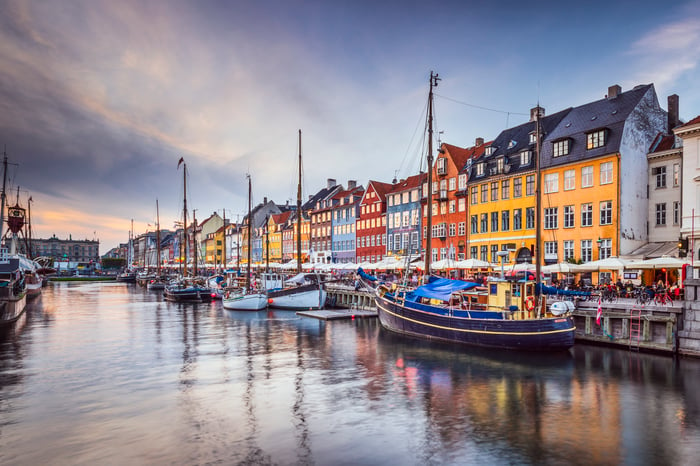 Denmark wants to expand its public Wi-Fi reach further through an initiative that would see thousands of new lamp posts across the country connected with services beyond just offering light. As announced in 2014, the long-term vision is to have the lamp posts see coming bicyclists and increase their brightness accordingly, sense when there's a dumpster that needs to be emptied -- and also serve as free public Wi-Fi hot spots. The program is being developed in Copenhagen in conjunction with Cisco as part of its "smart cities" initiative. 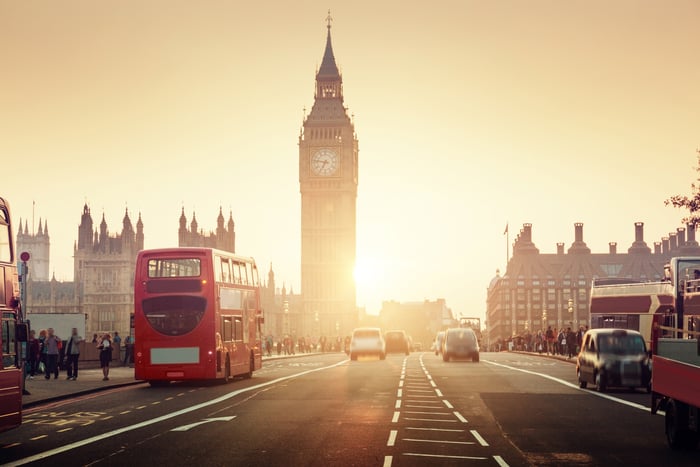 Though the U.K. makes the top five on this list, the government there wants to upgrade its connectivity infrastructure, particularly in London as a means to keep its status as a financial center of Europe. Partner companies are working to install hundreds of devices in government fixtures (like lamp posts, etc.) throughout the City of London in 2017 to bring better connectivity to the area. Those hotspots will reportedly have speeds up to 1Gbps -- nearly 100 times as fast as average download speeds across the U.K. now.

Investing in the continued growth of Wi-Fi worldwide

There are an estimated 3.7 billion people with internet access in 2017, just under half of the world's population. Many companies outside of the traditional ISP realm are popping up as major players in the effort to grow that total internet access. Facebook (META -1.08%) announced recently that it would lay hundreds of miles of fiber optic cables and set up Wi-Fi hot spots across Africa, starting in Nigeria and Kenya. Undoubtedly, Facebook is making this decision in the hope of bringing ever more users to its platform.

Still, for Facebook and others, in areas like Africa, India, and many other regions worldwide, the opportunity for new growth is massive, and potentially very lucrative. As billions more people gain access to the internet in the years to come -- much of which will be through fast and free public Wi-Fi -- the opportunity and ideas for how this could affect internet service providers, social media platforms, content creators, e-commerce companies, and many more industries becomes an increasingly interesting trend for investors to watch.